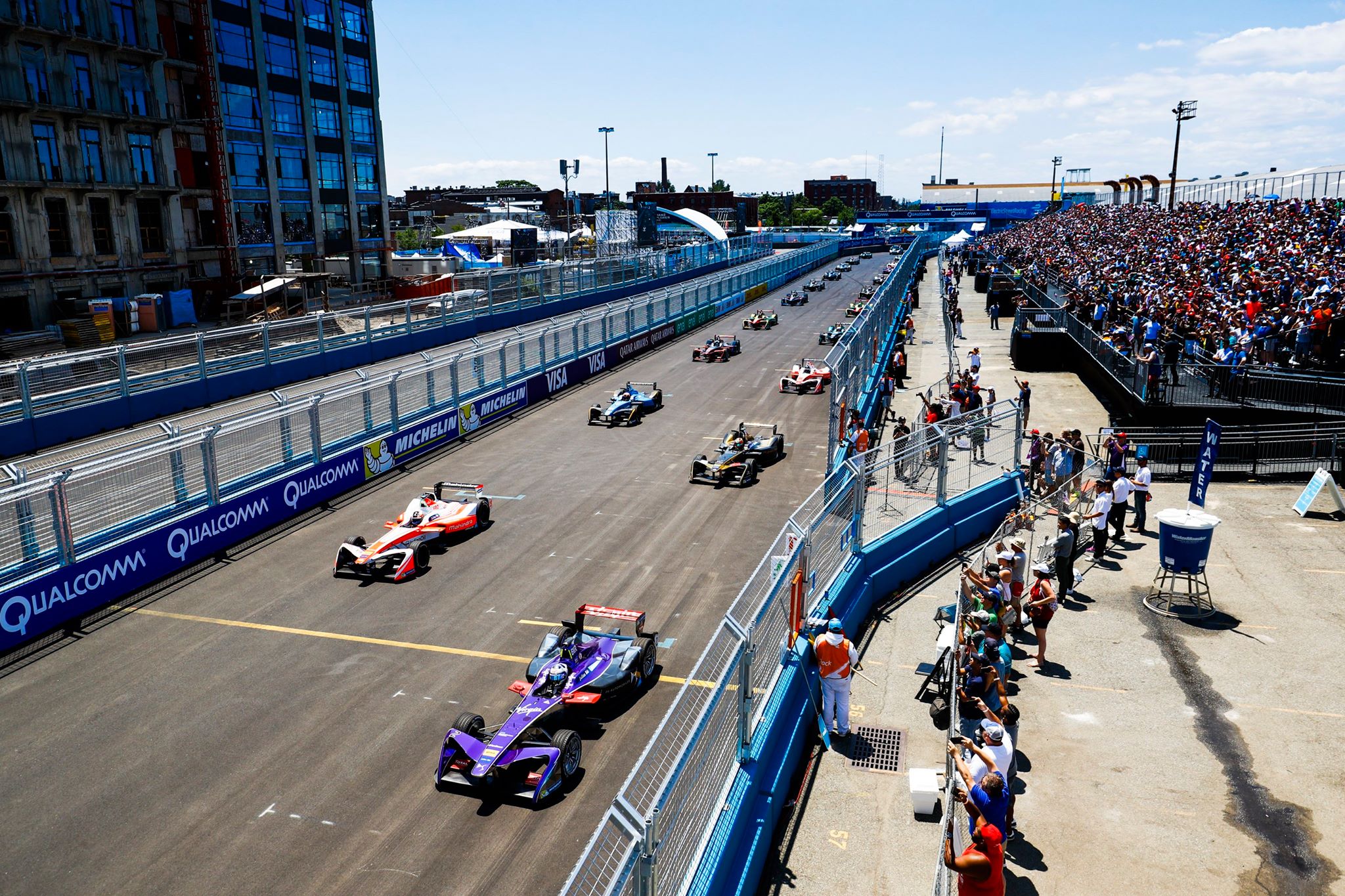 It may divide opinion among motorsport aficionados, but there’s no question about the momentum being generated by the all-electric FIA Formula E series.

German manufacturers BMW, Porsche and Mercedes-Benz will soon join Audi, Renault, Jaguar, Mahindra and Citroen/DS in the innovative series. The move of manufacturers into the series at the expense of programs in other more established racing categories signals the changing landscape in the automotive world. Electric cars are very much taking over.

Formula E has drawn criticism from fans for its lack of outright speed, noise, gimmicks such as a fan vote to award certain drivers extra boost, a required mid-race car change and narrow street-circuit events. However, the involvement of so many manufacturers and events in major cities such as New York (pictured above), Paris, London, Berlin, Buenos Aires, Hong Kong, Mexico City, Montreal and more means, like it or lump it, Formula E is now a big player in international motorsport.

Australia has yet to feature on the Formula E calendar but series boss Alejandro Agag has said an event down under is considered a “big priority” for the championship.

The Surfers Paradise street circuit, now host of the Gold Coast 600 Supercars event and former home of IndyCars in Australia, has been linked with a Formula E bid. The event never replaced IndyCars following the demise of the A1GP series, which was due to race on the Gold Coast before the nation-based racing category went bust.

Sydney would be a popular choice with Formula E given its preference for major city centres, but the capital of New South Wales couldn’t sustain its Supercars event on the streets of Sydney Olympic Park and has never presented a decent case study for its much-hyped talk of snatching the Australian Grand Prix from Melbourne.

Melbourne is very much focussed on keeping the Australian Grand Prix, while the Newcastle and Townsville street circuits are very much aligned with Supercars.

So what about Adelaide? The host of the Australian Grand Prix from 1985 and 1995 also hosts Supercars, but its history is with an international open-wheel category.

South Australia is also positioning itself as the home of renewable technologies within Australia, making it a perfect fit for Formula E.

Tesla, headed by tech billionaire Elon Musk, will partner with French renewable energy developer Neoen to build the “world’s biggest lithium ion battery” in South Australia. The Adelaide City Council and the South Australian Government are working together to establish Adelaide as “one of the world’s first carbon neutral cities by 2025″.

The Lord Mayor of Adelaide, Martin Haese, has previously said that Formula E is “a good fit for South Australia”.

“Adelaide does a tonne of really good motoring events. On the surface of it, [Formula E] looks like a really good fit for South Australia,” he added.

“Does it sound really exciting? Yes it does. I think it’ll grow very fast. Formula One technology makes its way ultimately into mainstream automotives … you could see how that could happen here [with electric racing cars].”

The timing of the event would be a point of contention. The schedule for the 2017/18 Formula E season begins in Hong Kong in December before crossing into Africa, South America, Europe and North America. December is when the Adelaide Motorsport Festival takes place in Victoria Park with construction underway for the Adelaide 500 Supercars event in March.

Pairing Formula E with the Adelaide 500, perhaps over two consecutive weekends, would limit disruption but could prove problematic in finding suitable dates within the Supercars and Formula E calendars and in order to avoid the Australian Formula 1 Grand Prix in Melbourne.

And, perhaps, having cars of such reduced speed and noise on the same circuit that hosted the fire-breathing Formula 1 turbo and normally-aspirated cars of the 1980s and 1990s is too great a contrast and will keep fans of the Adelaide Grand Prix years away.

However, Formula E is the future and Adelaide could once again be in a position to lead the way for Australian motorsport to bring the series to this country.