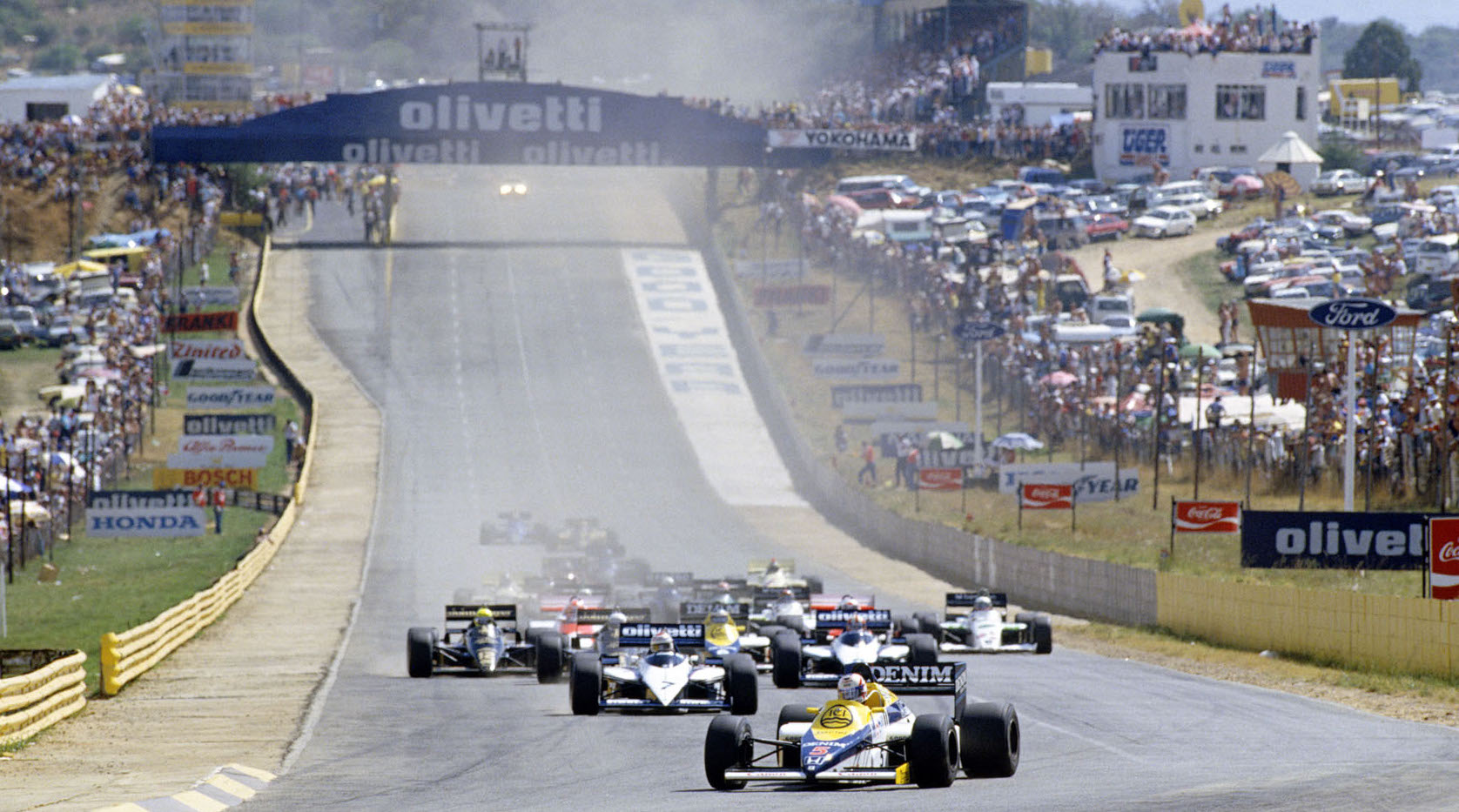 Formula 1 didn’t know what to expect from Adelaide when it arrived for the first Australian Grand Prix world championship event in November 1985. The event, circuit and especially the city were great unknowns.

And the mood amongst the Formula 1 community wasn’t helped by the controversy surrounding the preceding South African Grand Prix.

The South African Grand Prix at the Kyalami Circuit had become a regular on the Formula 1 calendar, one of the few events outside of the sport’s European heartland. The championship had already been won by McLaren’s Alain Prost heading to Kyalami in 1985, thankfully given the events that transpired.

Under pressure from the French government, the Renault and Ligier teams did indeed boycott. Drivers such as Prost, Ayrton Senna, Nelson Piquet, Niki Lauda and more, advised to boycott by their respective governments, considered withdrawing but were contractually obliged to race as long as their teams took part. Sponsors such as Marlboro withdrew their branding.

Australia’s Alan Jones also faced a dilemma. He was the sole entry for the Lola-Hart team, part-owned by Beatrice Foods. Civil rights activist Jessie Jackson threatened to organise strike action by African-Americans working at Beatrice if the team raced in South Africa, leaving the team, Jones and Formula 1 supremo Bernie Eccelstone under pressure.

Jones qualified in 18th place but didn’t take part in the race, with the official reason at the time being that the Australian was ill. In his new autobiography How Alan Jones Climbed to the Top of Formula One, he tells the story of meeting Eccelstone the night before the race and what really transpired:

“During the Friday I was summoned to see Bernie Ecclestone in his penthouse. Not sure what I had done this time, I fronted up. As I went in the door Bernie said, ‘How do you feel?’ Standard greeting, although he had a look in his eye, I gave him a standard reply, ‘Pretty good, thanks.’

“‘What do you think your chances are of winning the race tomorrow?’ he asked.

“Again, I felt no need to be subtle: ‘Bernie, I think you know the answer to that question. If I start now, probably pretty good.’

“‘Well, I’ve got a bit of an idea. If you pull up sick and can’t run again this weekend, we’ll give you first-place prize money. Go home and visit Australia.’

“So Bernie came up with an idea. If the driver falls crook and can’t drive, then the Beatrice car doesn’t race. It’s a force majeure. Jesse Jackson can’t get on his soapbox and say, ‘I forced that company to withdraw,’ and he also couldn’t call a strike because the car didn’t race.

“The idea was that I would wait until Saturday morning when everyone went to the circuit. I would quietly check out, and jump on a plane to Harare to get home (because Qantas wouldn’t fly to South Africa).

“This could not afford to leak at all. I’m pretty sure only Teddy and Carl knew from inside the team. I could not tell the mechanics or anybody.

“And so, on the Saturday morning I was gone. I just didn’t turn up. They had the car out ready to go, when they were told, ‘AJ’s been struck down by a virus and we are not racing.’

“I made a miraculous recovery for the Australian Grand Prix, which was just as well.”

The South African Grand Prix saga only added to the pressure on the new Australian Grand Prix, given Formula 1’s unhappy mood heading to Adelaide.