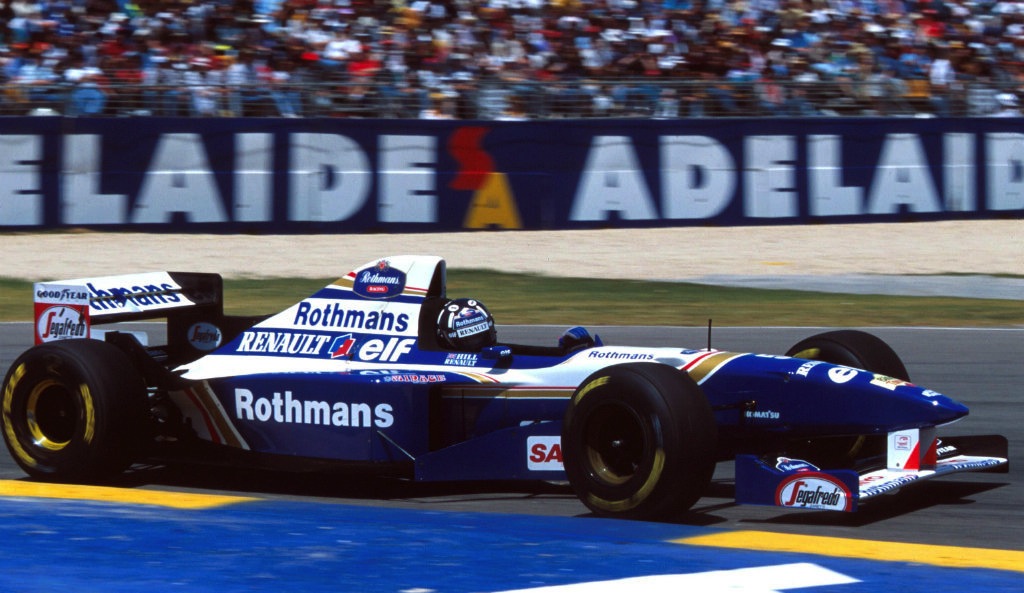 They won each drivers’ and constructors’ championship from 1985 to 1993. Only the rise of Michael Schumacher at Benetton put a stop to that run in 1994. But even then, Williams claimed the constructors’ title that season with its driver Damon Hill pushing Schumacher to the brink in the championship decider in Adelaide.

Williams celebrated 40 years of existence in 2017. The team, born out of the drive of founder Frank Williams and technical guru Patrick Head, entered into a partnership with Honda that was starting to pay dividends as Formula 1 headed to Adelaide for the first time in 1985.

Williams ended the 1985 season with three consecutive wins – two for Nigel Mansell on home soil at Brands Hatch in the European Grand Prix, his first win in Formula 1, and the South African Grand Prix and one for Keke Rosberg in the inaugural Adelaide Grand Prix.

Williams joined Rosberg on the podium in the Finn’s final race for the team. And it would be the final time Williams stood on a podium. In March 1986, just days out from the start of the new season, he was paralysed in a car accident in France.

Nelson Piquet joined Mansell at the team in 1986. The Williams Honda was the fastest car, with Piquet and Mansell trading wins. But inter-team squabbling and Alain Prost’s consistency at McLaren led to a dramatic championship decider in Adelaide.

Mansell’s tyre explosion down Brabham Straight and Williams’ reaction to pit Piquet to avoid another puncture handed Prost the race and championship win. Williams had to settle for the consolation of a constructors’ championship.

Williams made amends in 1987 with Piquet winning the title after Mansell was ruled out of the final two races in Japan and Australia after a back injury sustained in a heavy crash at the former, though the team was about to lose its key engine partner.

Honda left Williams for McLaren in 1988. The dream team of McLaren, Honda, Prost and new recruit Ayrton Senna dominated the season with 15 from 16 wins. Williams, reduced to running a Judd V8, only managed two podium placings and seventh in the constructors’ championship. Piquet retreated to Lotus, Mansell to Ferrari and Williams sought a return to the top with Renault.

The Williams Renault combination won two races in its first season together in 1989; two wet-weather wins with Thierry Boutsen in Canada and Adelaide. After another two wins in 1990 for Boutsen and Riccardo Patrese, Williams enticed Mansell back from 1991.

Williams was back challenging for championships, though Senna and McLaren Honda prevailed over Mansell and Williams Renault in 1991.

In 1992, Williams produced what’s considered to be the most technologically advanced grand prix car, the FW14B, featuring an advanced active-suspension system, traction control, semi-automatic gearbox in addition to Renault’s V10 engine. Mansell won nine of 16 races for a long-awaited championship success, doubling the points total of the nearest non-Williams entry in the standings.

Mansell left the team and switched to IndyCar when Alain Prost joined Williams for 1993, with test driver Hill promoted to the second seat. Prost duly won a fourth championship and retired following his last outing in Adelaide.

Senna arrived from McLaren in 1994 in the hope of continuing Williams’ championship run. But fate intervened when Senna was killed in accident at the San Marino Grand Prix.

Hill stepped up to take the championship fight to Schumacher, setting up another championship decider in Adelaide. And, yet again, it would end in heartbreak for Williams, when the infamous collision between Schumacher and Hill saw the former crowned champion.

Hill returned to Adelaide in 1995 and won, though the championship yet again belonged to Schumacher. When the Australian Grand Prix moved to Melbourne as the season opener in 1996, Hill claimed the win and consecutive victories in the same country across two seasons to launch what would be a championship-winning season for the second-generation racer.

Williams added one more championship win with Jacques Villeneuve in 1997, but that would be the last title for the team. Williams couldn’t recreate the success it had with Honda and Renault with future engine partners BMW, Toyota, Cosworth and Mercedes-Benz engines.