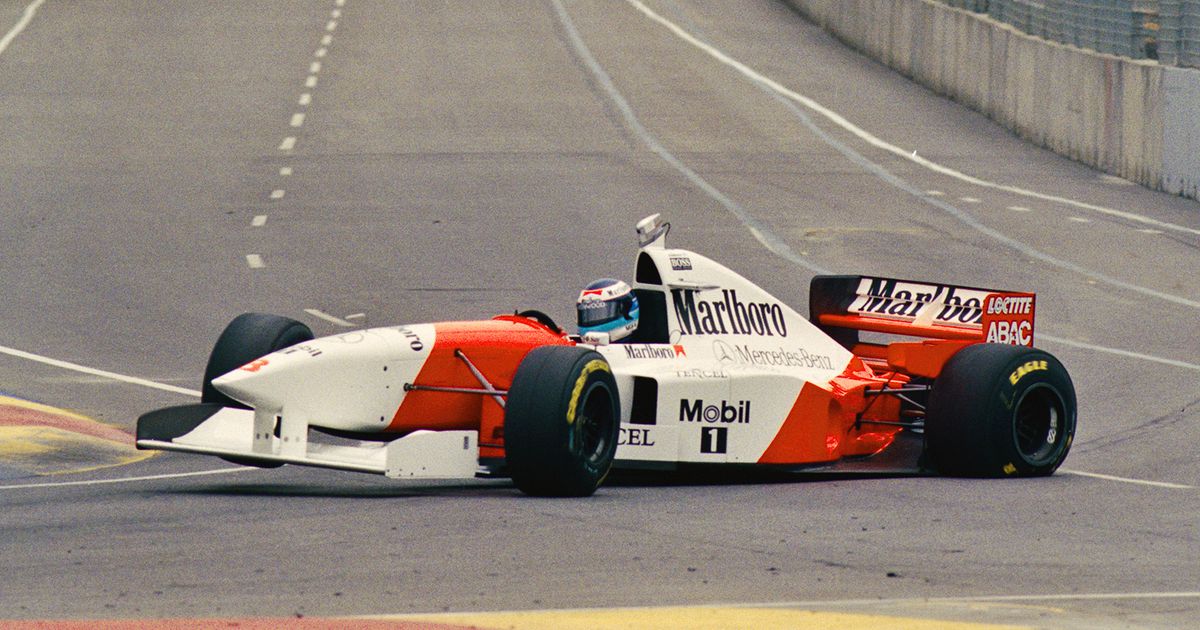 The final Adelaide Grand Prix in 1995 was meant to be a celebration; a fitting farewell to the event in front of a world-record crowd. But a heavy qualifying crash left Finland’s Mika Häkkinen fighting for his life and clouded Adelaide’s farewell.

Thirteen minutes into the first qualifying session on the Friday, debris from another car cut the left-rear tyre on Häkkinen’s McLaren Mercedes approaching the fast Brewery Bend sweeper.

The McLaren speared out of control over the kerbs and sideways into the tyre barrier at 200km/h. The impact sent Häkkinen’s head crashing into the steering wheel with sickening force.

The 27-year-old suffered a fracture to the base of his skull and slumped motionless in his car, bleeding profusely. Fortunately, medical staff were located on the corner with the Royal Adelaide Hospital less than a kilometre away. But immediate action was required with Häkkinen struggling to breathe and seemingly choking on his own blood.

“I remember sitting in the car and trying to move my hands, but I couldn’t,” said Häkkinen.

“I tried again and again and so I knew that what had happened was bad. I remember the pain and the fact that I couldn’t move, but I also understood that I needed to remain calm and let the medical people get on with their jobs.”

Doctors performed an immediate tracheotomy, making an incision in the neck to open a direct airway in the windpipe, which undoubtedly saved Häkkinen’s life.

With Häkkinen stabilised, he was transported the short distance to the Royal Adelaide Hospital to begin a slow but successful recovery. By the following day there was positive news regarding his condition. He could move his limbs on command and understand what was being said to him.

McLaren team boss Ron Dennis described it as “the miracle of Adelaide”.

“I was lying there with tubes everywhere, so I knew I was in a hospital,” Häkkinen told Motorsport magazine.

“The first person I saw was Lisa Dennis, then Ron’s wife, this tall figure by the bed with blonde hair and a big smile, and I thought she must be an angel. Then I saw Ron standing next to her, and I thought, okay, I am not in heaven yet. I tried to understand from Ron what had happened. I wanted it not to be my mistake. That’s an automatic thing a driver thinks. He told me it was a puncture.

“Then the hell started. The doctors did a great job, and I know they saved my life where the accident happened, but I had so many tests and operations. Crazy tests, needles in my face to test the nerves, drilling a hole in my head to relieve the pressure, things like that. It was nasty.

“The accident had damaged the nerves in my face and I couldn’t move my eyelids, so they had to tape my eyes shut to help me try to sleep. I couldn’t drink properly because my mouth didn’t work, so the water just fell out of my mouth. I remember thinking, ‘This doesn’t look good.’ It wasn’t, ‘Will I be able to race again?’ It was, ‘Will I ever be able to live a normal life?’”

Häkkinen spent three weeks recovering in Adelaide, returning to the cockpit less than four months later ahead of his racing comeback at the 1996 Australian Grand Prix in Melbourne. He remained in contact with the doctors who saved his life, going on to win the world championship in 1998 and 1999.