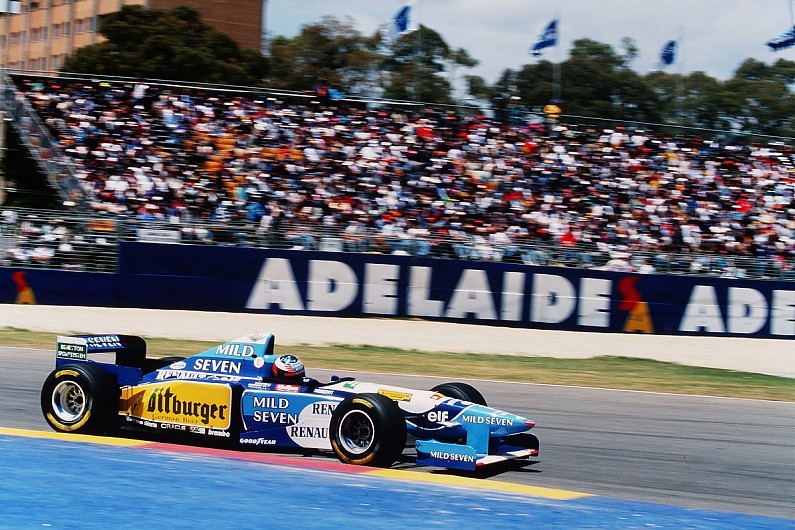 “Adelaide wasn’t going out with a whimper,” said veteran Formula 1 commentator Murray Walker. “It was going out with a gigantic bang and a non-stop buzz of fun, activity and on-track happenings which ensured we’d never forget it.”

Indeed, the 11th and final Australian Grand Prix in Adelaide in 1995 showed no signs of the resentment of the loss of the event to Melbourne from 1996. Extra grandstands were installed to cope with the demand of not just the final grand prix in Adelaide but also a post-race concert by American rockers Bon Jovi.

The 210,000 figure remains the biggest-ever one-day crowd for a sporting event within Australia.

Adelaide was getting its final taste of Formula 1. “The caps, pins, hats, T-shirts and other paraphernalia were walking off the streets like there was no tomorrow,” wrote The Sunday Mall. Sadly, for Formula 1 fans in Adelaide, there isn’t.”