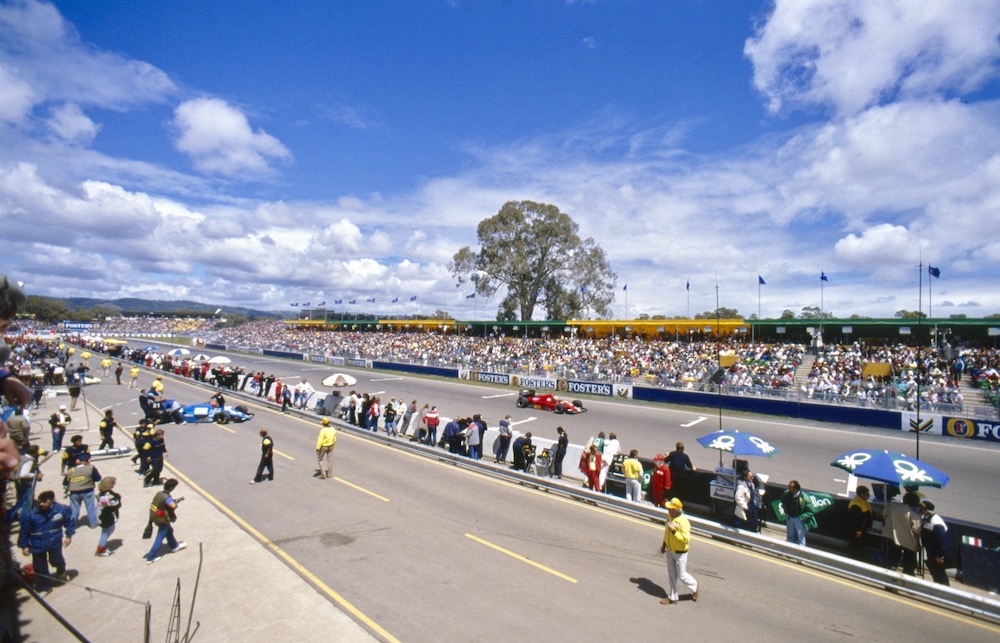 The team behind AdelaideGPrix.com and the Adelaide Grand Prix social media pages is proud to announce the development of a book project on this glorious era.

Adelaide’s Grand Prix – 1985-1995 – The Glory Years tells the story of how a city awoke from its slumber. Of how Adelaide managed to attract one of the biggest sporting events on the planet, with a year-by-year account of the on- and off-track action, the factors that led to the grand prix being poached by Victoria and its legacy.

There are also chapters on the histories of Adelaide, Formula 1 and the Australian Grand Prix (including the often-forgotten grands prix held in Victor Harbour, Lobethal, Nuriootpa and Port Wakefield) to provide context for the enormity of the event to the city and motorsport. There’s also an honour roll and records for a definitive reference book.

This book will fill a void in the marketplace. At present, there’s no publication currently in print or on sale in stores that details the history of the event in Adelaide despite the increased popularity of the Adelaide Motorsport Festival and nostalgia around the Adelaide Grand Prix, as demonstrated by the 8000-plus likes our Facebook page (@AdelaideGP ) has already attracted.

The book project has also been granted copyright clearance to publish images from the archival library of the Australian Formula One Grand Prix Office.

The team behind the publication is led by Adrian Musolino, who, like many South Australians, fell in love with motorsport in the grand prix era. Since then he’s worked as a motorsport journalist and is currently editor of SupercarXtra Magazine, the leading Supercars publication.