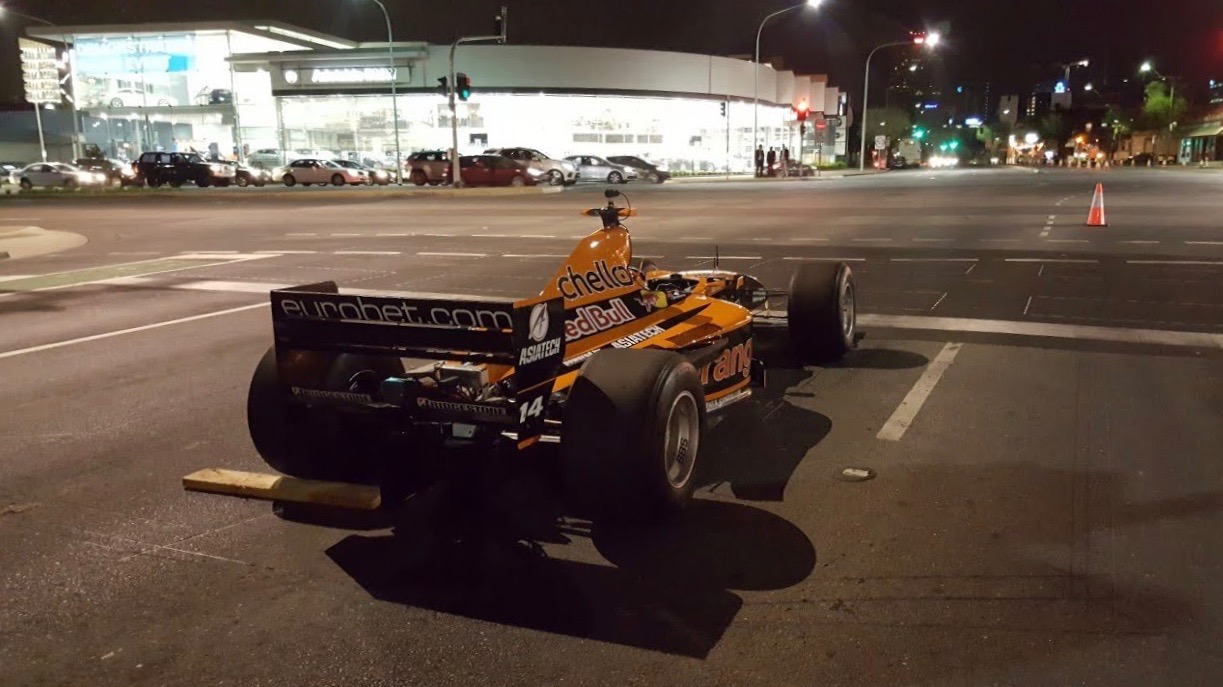 Benetton and Arrows Formula 1 cars were amongst a parade of racers that took part in a late-night promotional video shoot in the heart of Adelaide.

The shoot was part of an upcoming promotion for the 2017 Adelaide Motorsport Festival with the parade including an Arrows A21, Footwork FA15 and Benetton B186. The Formula 1 cars were joined by a Holden Dealer Team A9X Torana and Ducati Superbike.

“Driving an F1 car through the streets at 10 o’clock at night in the rain, it was pretty mental to be honest. It was surreal, a little bit like a dream,” Slade told Supercars.com.

“We did a 20-minute session on a little course going up and back but then when we were waiting to do our lap of the city it stated raining.

“I thought ‘no dramas, we’re only going slow’. There wasn’t even that much water but the car was aquaplaning along and I was like ‘hell, this is going to be tricky’.

“The visor was going up and down while I was trying to figure out how to see in the dark without getting water in my face.

“It’s awesome that the powers above allow something like that to happen.

“A lot of people say that Adelaide is the nanny state and it’s slow and behind, but I don’t think many other states would allow that to happen in their capital city.”

The 2017 Adelaide Motorsport Festival takes place on December 9 and 10.