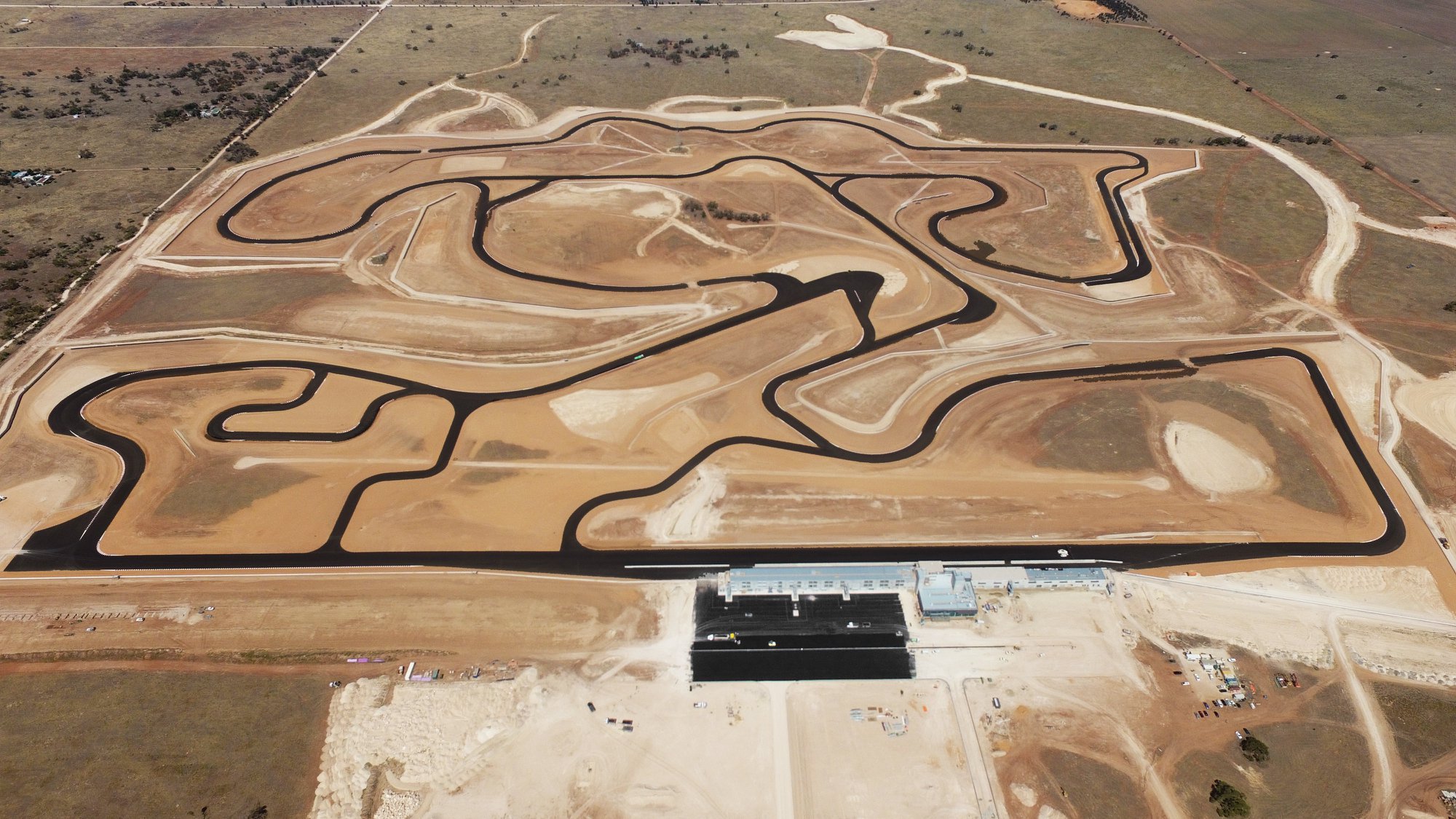 South Australia will host two Virgin Australia Supercars Championship events from 2018 with confirmation The Bend Motorsport Park in Tailem Bend will debut on the schedule on August 24 to 26.

The Bend Motorsport Park facility is the first new permanent circuit built in Australia since Queensland Raceway in 1999, joining the Adelaide 500 at the Adelaide Parklands Circuit as the second Supercars event in South Australia.

The $110 million motorsport park is being developed by the Peregrine Corporation with a circuit at 7.77-kilometres in its maximum configuration, though Supercars will race on the 4.9-kilometre ‘International Circuit’.

The confirmation of the event marks another significant development in a period of transition for South Australian motorsport, following on from: Peregrine Corporation’s acquisition of Mallala Motor Sport Park earlier in 2017; the Adelaide 500’s loss of Clipsal as its naming rights sponsor; queries over the event’s long-term future in the wake of The Bend Motorsport Park’s build; and the closure of the Holden plant in Elizabeth.

South Australia as a whole is in a period of transition, as the economy gets set to move away from the automotive industry with the impact on wider industries still to be determined. The increased investment in renewable energies highlights the need for the South Australian economy to reinvent itself.

The 2017-18 South Australian state budget included a grant of $3 million over three years to Peregrine Corporation to assist with setting up the Supercars event, in addition to a previous state government investment of $7.5 million towards the establishment of the motorsport park.

The close ties between the South Australian state government and Supercars follows on from a dip in crowds at the 2017 Clipsal 500, where the Sunday attendance dropped by almost 30,000 from the previous year for the lowest event crowd since 2001.

The dip in the crowd was attributed to the decision not to stage a post-race concert on the  Sunday, given the date clash with an Adelaide Festival event across town.

With the increased investment into The Bend Motorsport Park and the Adelaide 500 now run within the South Australian Tourism Commission, how long will the state government justify the use of the Adelaide Parklands Circuit for another Supercars event? This could be a pertinent question if the South Australian Tourism Commission cannot arrest the crowd slide witnessed in 2017. Also, disputes around building up the Adelaide Parklands Circuit in Victoria Park each year and traffic disruptions in the city centre will grow louder once there is a permanent facility in operation that’s proven it can host Supercars.

The Bend Motorsport Park will be the fourth South Australian circuit to host an event on the Australian Touring Car Championship/Supercars schedule following on from Mallala Motor Sport Park, Adelaide International Raceway and the Adelaide Parklands Circuit.