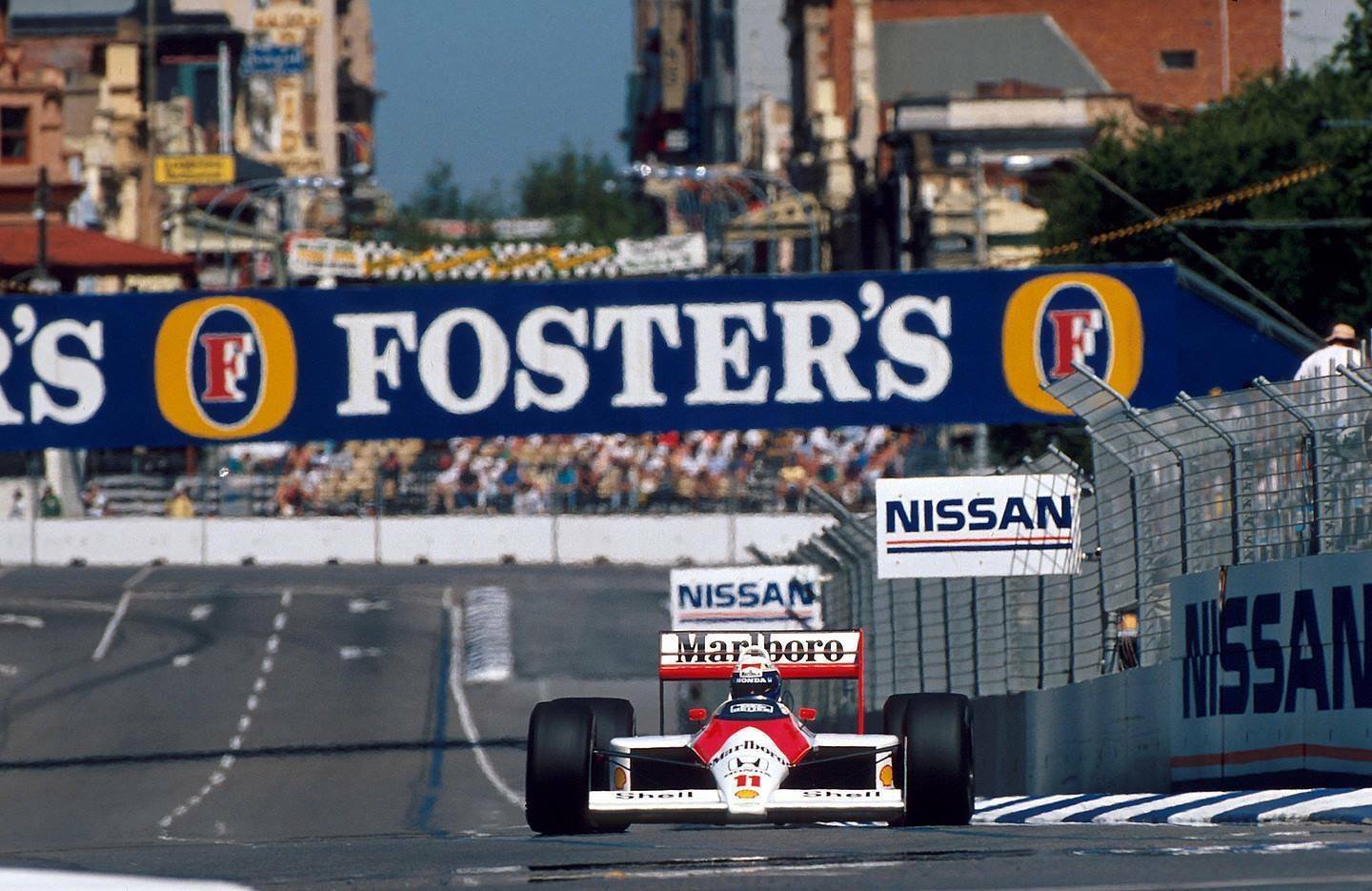 Formula 1 is renowned for existing in its own sphere, sometimes oblivious to events in the outside world. But at the 1988 Adelaide Grand Prix, the Formula 1 show stopped in its tracks to pay its respects.

For the first time the event fell on Remembrance Day (November 11). Friday’s first practice session ran from 10am to 11:30am local time, which meant it would run across the 11am moment of silence to mark the end of World War I at the 11th hour of the 11th day of the 11th month in 1918.

The practice session was duly red-flagged for 10 minutes so two minutes of silence could take place. The engines were switched off as the “Last Post” was played across the circuit. Then the session was restarted for the final 28 minutes.

The Australian Royal Navy and RAAF played a big part in the event, while John Farnham and Sydney band Noiseworks headlined the Saturday and Sunday concerts respectively.

McLaren Honda’s Alain Prost topped the practice session before going on to win the grand prix on the Sunday.