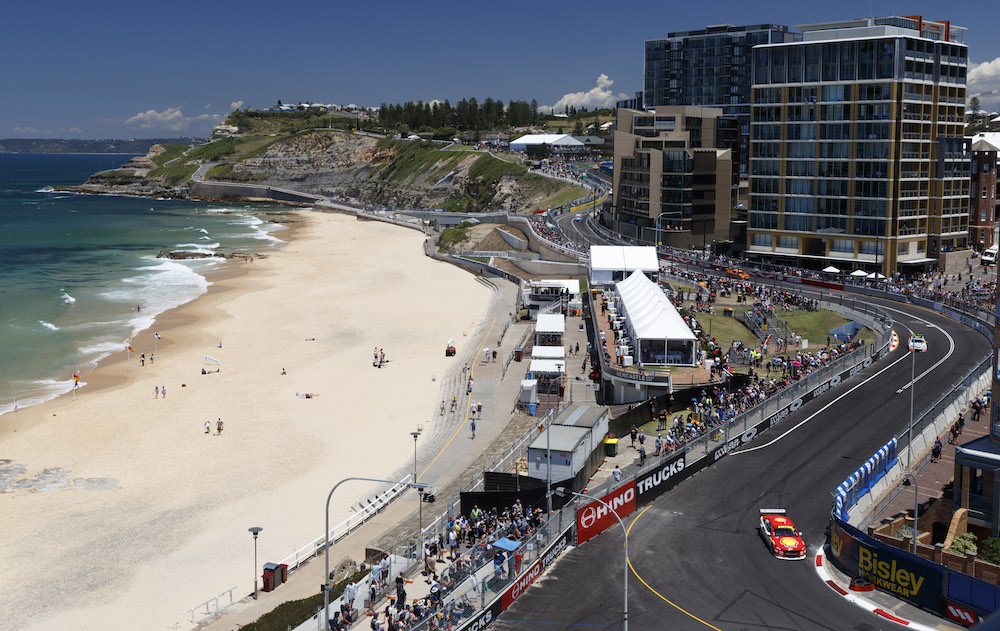 Twenty-two years after the last Adelaide Grand Prix, the legacy of the event continues to grow as evidenced by the 2017 Virgin Australia Supercars Championship season finale in Newcastle.

The new street circuit in the second biggest town in New South Wales followed the template set by Adelaide all those years ago, while also playing host to the continued rise of South Australian drivers inspired by the Adelaide Grand Prix.

The debut of the Adelaide 500 in 1999 set a new standard for Supercars, bringing Formula 1-like organisation and status to Australia’s premier motorsport category, at the time when the Supercars championship played second fiddle to the Bathurst 1000.

Though the Supercars event didn’t run on the full grand prix circuit, cutting out Rundle Road, the Adelaide 500 was in many ways an extension of the Adelaide Grand Prix with Supercars replacing Formula 1 as the main attraction. The emphasis was still on creating a carnival-like event around motorsport with a weekend crowd of 162,000 proving the South Australian capital didn’t need Formula 1 to run a successful motorsport event.

The Adelaide 500 played a key role in the rise of Supercars, changing how the category could construct its calendar around marquee events by working with state governments to replicate Adelaide 500s across the country.

Just as the Adelaide Grand Prix inspired other international motorsport events in Australia – Rally Australia from 1988, the Australian motorcycle grand prix from 1989 and Gold Coast Indy from 1991 – the Adelaide 500 led to a number of other Supercars street-circuit events.

From 1999 to today, Canberra, Gold Coast, Hamilton (New Zealand), Townsville, Sydney and now Newcastle street circuits have appeared on the Supercars calendar. The successful ones have created the carnival-like atmosphere of the Adelaide 500.

Newcastle’s event, in particular, has all the hallmarks that made Adelaide a success with the use of a purpose-built parklands section to compliment the city section and post-race concerts to add to the entertainment package.

The Adelaide, Gold Coast, Townsville and Newcastle events are at the core of the Supercars schedule, lifting the profile of the series beyond the Bathurst 1000.

“There is no doubt that the Adelaide street race set the bar for city street races that Gold Coast, Townsville and now Newcastle have followed,” says Supercars team owner Garry Rogers.

On track, too, the Adelaide legacy was evident in Newcastle with South Australian drivers enjoying success.

Four South Australians will compete in Supercars on a full-time basis in 2018 – Nick Percat, Tim Slade, Scott Pye and Todd Hazelwood. These four drivers were born or raised in South Australia during the grand prix years and represent the increasing influence Adelaide is having in Supercars.

“Tim, Todd, Scott and I, we have the same interest in Formula 1 of that era and that seems to have fuelled our love of motorsport,” says Percat, the first Adelaide-born racer to win the Bathurst 1000 in 2011 and Adelaide 500 in 2016.

“Seeing the grand prix firsthand made it real; something we could experience and enhance our interests in the sport.

“What I remember most is the noise of the cars, how you could hear them around Adelaide and how the ground felt like it was shaking when watching them on track.

“It became a real family outing for us. Rundle Street would be taken over by the event and it felt like the whole city was there celebrating. It’s something the city still does so well with the Adelaide 500. The atmosphere was pretty surreal for a kid like me.”

Hazelwood graduates into Supercars in 2018 following his championship win in the second-tier Super2 Series in 2017, kick-starting his championship-winning season with victory in Adelaide. Born in September 1995, his parents took him for a lap around the Adelaide Grand Prix circuit before the final Formula 1 event in Adelaide in November 1995.

Hazelwood is an ambassador of the Sporting Car Club of South Australia, the organisers of the non-championship Australian Grand Prix events in South Australia dating back to 1936, and raised money to go racing with sausage sizzles across the state.

“The support network from South Australia has been amazing,” he says. “Adelaide is like a big country town and they will get behind you.”

When the South Australians line up on the grid at the 2018 Adelaide 500, memories of the Adelaide Grand Prix won’t be too far from their minds.

“Driving on that circuit, having watched my heroes race on that same bit of road, was pretty surreal,” says Percat.

“I dreamt of doing it as a kid and whenever I come back to Adelaide the memories of those events come back to me and make me appreciate how I lucky I am do be doing what I do.”