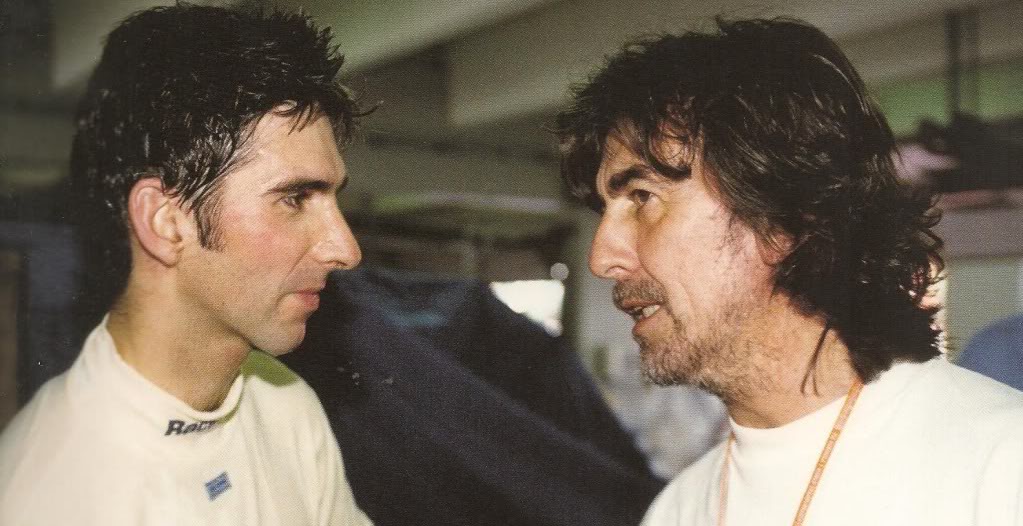 ‘The Beatles’ took Adelaide by storm on June 12 in 1964 with over 300,000 people lining King William Street to get a glimpse of the British band.

Twenty-one years later, George Harrison, known as “the quiet Beatle”, lived up to his nickname by slipping into Adelaide for the first Australian world championship grand prix in 1985 to follow his passion for Formula 1.

Harrison fell in love with the sport when attending the British Grand Prix at Aintree, not far from his Liverpool home in Merseyside, during the 1950s.

Harrison became a regular in the Formula 1 paddock, particularly following the breakup of ‘The Beatles’ into the 1970s.

His solo career included the single “Faster”, released in 1979 and dedicated to a number of Formula 1 stars of the time. Proceeds from the single went to support the cancer charity of late Swedish driver Gunnar Nilsson, who lost his battle with the illness in 1978.

“‘Are you going to write a song about motor racing, George?’ was a question I was asked a lot by various people from the grand prix teams, so I did ‘Faster’ to write about something specific, as a challenge,” said Harrison.

“When you’re driving a racing car to the absolute limit of its ability, and that of your own ability, it’s a very unique emotion and experience,” he said.

“When that happens, your senses are so strong. That’s what I think George saw in racing. We talked about things like that a lot: heightened sense of your feel and your touch and your feet.”

Harrison was a regular at the Adelaide Grand Prix, staying at the Hilton Hotel and partying with the drivers post-race while occasionally relenting to media requests for an interview.

His travel partner in the early years was Barry Sheene, two-time motorcycle grand prix world champion, who would later emigrate to Australia and join Channel Nine’s commentary team of the Adelaide Grand Prix.

Sheene and Harrison were also close confidants of Damon Hill (pictured above), supporting him in his early years of racing and attending the 1994 Adelaide Grand Prix championship showdown between Hill and Michael Schumacher. Following the collision that handed Schumacher the championship win, Harrison interrupted Hill’s post-race media interviews and heckled Schumacher on camera. Tensions eased in 1995 when Harrison and Schumacher led the festivities at the post-race party at the Hilton, pouring beers on each other and singing together.

Harrison and Sheene both succumbed to cancer in November 2001 and March 2003 respectively.