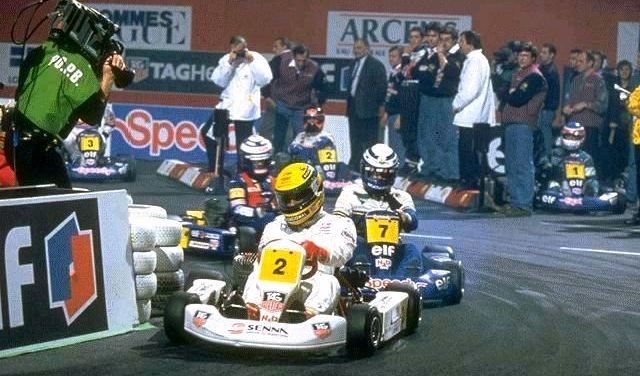 Ayrton Senna versus Alain Prost, the rivalry that defined Formula 1 for much of the Adelaide Grand Prix era, came to a peaceful end in Adelaide in 1993.

Senna led home Prost by just over nine seconds to win what would be his 41st and final grand prix win, in Prost’s 199th and final grand prix start. Prost won his fourth world championship in 1993 with his retirement vacating the highly-prized Williams seat for Senna to move into in 1994.

With the end of their head-to-head duels in Formula 1, the pair embraced on the podium in Adelaide and, for the first time in years, appeared on good terms. But while the 1993 Adelaide Grand Prix would be the final Formula 1 race featuring both Prost and Senna, they would have one final duel a month later.

The Elf Master Karting in Bercy, France, was created by former Formula 1 driver Philippe Streiff, who suffered spinal injuries in a testing crash in Brazil in 1989. The event pitted a number of current Formula 1 drivers and leading go-karters against each other around an indoor circuit.

Senna and Prost headlined the event and didn’t take it lightly. Prost is said to have tested the go-kart before the event, while Senna had that specification kart shipped to Brazil so he could also test.

Watch the battle between Senna in the white #2 kart and Prost in the blue #1 kart here: