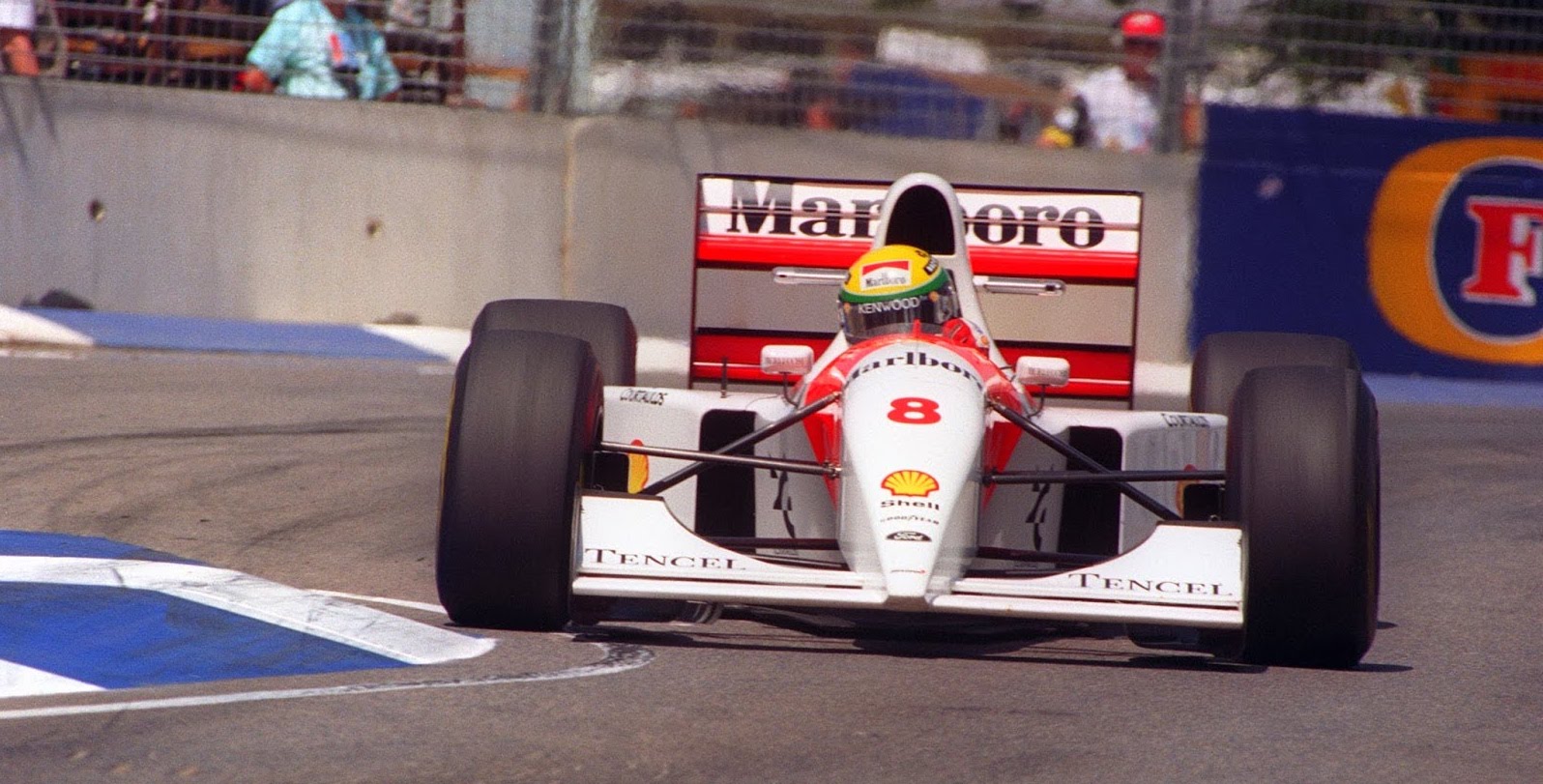 While his arch-rival Alain Prost would retire from Formula 1 following the 1993 Adelaide Grand Prix, little did we know it would be also be the final appearance of Ayrton Senna in Australia.

Senna arrived in Australia for his final race for McLaren, having signed with Williams to replace Prost in 1994. He was also in the news for his confrontation with rookie Eddie Irvine following the preceding Japanese Grand Prix.

Senna claimed pole position for the grand prix with a margin of four-tenths of a second from Prost and went on to win the race by nine seconds from his rival. The McLaren MP4/8, powered customer Ford engines, was no match for the technically-superior Williams. Prost and Williams won the drivers’ and constructors’ championships with ease, though Senna won five races and was the only non-Williams to score a pole position over the course of the season.

Senna and Prost embraced on the podium with Senna joining Tina Turner on-stage at the post-race concert.

Sadly, it would be the last time the Adelaide crowd saw Senna and it would go down as his 41st and final Formula 1 win.