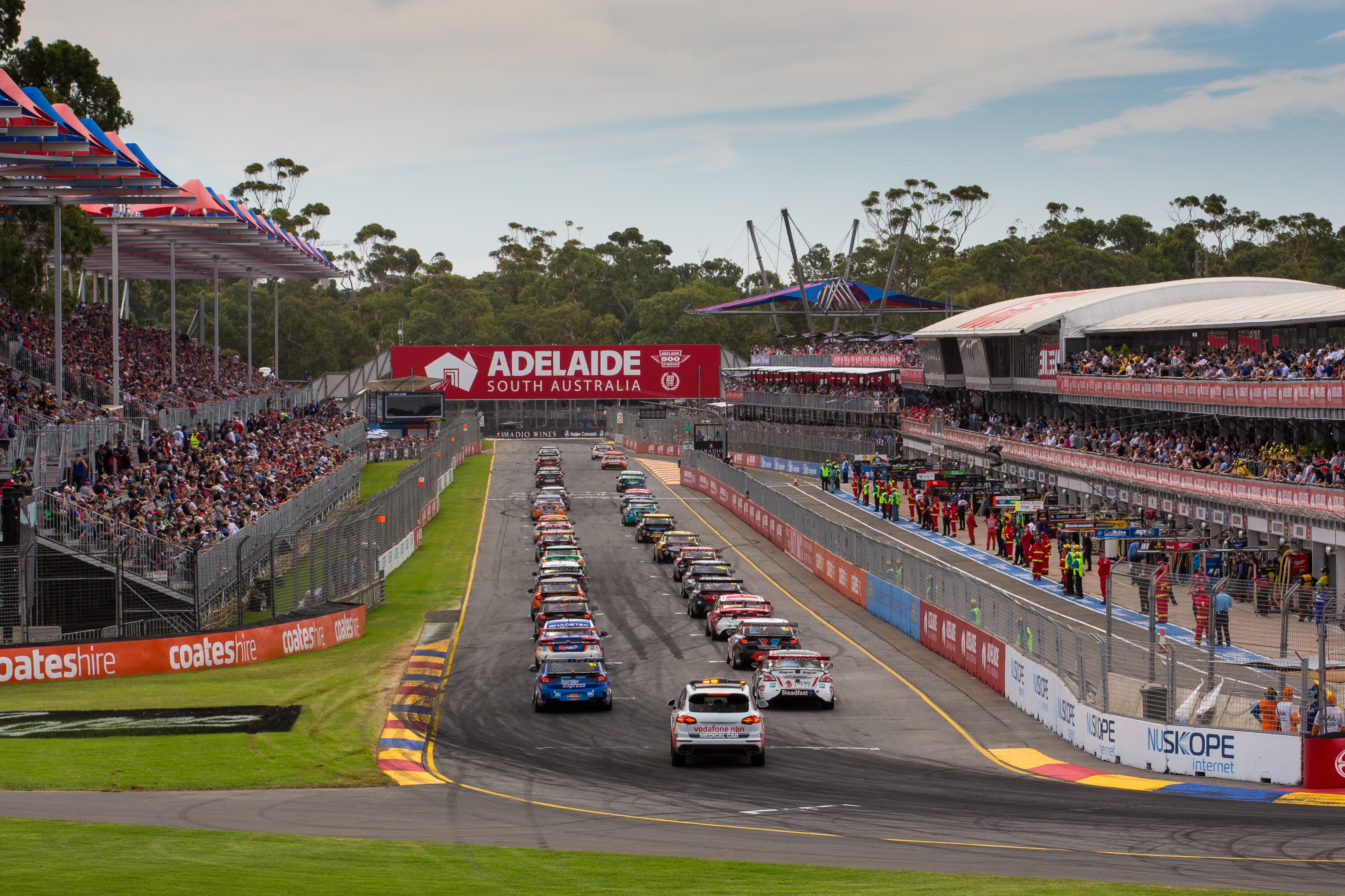 The Adelaide 500 recorded its first increase in crowd numbers since 2015 over the weekend, though the 20th running of the event posed some questions around its long-term future.

The return of a big-name international music act to headline the post-race concert on Sunday (Robbie Williams) proved the difference in crowd figures. Last season’s Sunday crowd was the lowest in 16 years, with no post-race concert held due to a clash with the opening of the Adelaide Festival of Arts. The 2018 crowd was up 11 per cent on 2017, making it the event’s largest crowd in five years.

The Adelaide 500 has attracted over 4.8 million attendees in 20 years, setting a new benchmark for Supercars events with the street-circuit event template replicated in Canberra, Hamilton, Gold Coast, Townsville, Sydney and Newcastle over that period. But its future rests on the short-term decision-making at Supercars.

The 2018 Adelaide 500 saw the debut of the Holden ZB Commodore Supercar, which won both races in the hands of Red Bull Holden Racing Team’s Shane van Gisbergen.

But while Holden has invested in turning the new-look imported model into a Supercar, Ford teams are forced to continue with the outdated Falcon with Nissan fielding the Altima – neither model sold in the Australian marketplace.

Supercars’ Gen2 rules have opened the door for non-V8 engines and coupes to race in the series, but Ford nor Nissan have taken up the option.

Ford does not provide factory backing to the teams running the Falcon, which has left them unable to switch to the Mustang following the retirement Falcon. Nissan is also weighing up its future in Supercars, with a switch from the Altima to the GT-R requiring manufacturer approval.

Unless one of these manufacturers step up or a new make joins the category, then Supercars risks alienating its fan base. The ZB Commodore’s early speed suggests the older Falcon and Altima models could be left behind. And for a series that’s placed such a huge emphasis on manufacturer allegiances, the domination of one of the others is a major concern.

Holden will debut its twin-turbo V6 powerplant in wildcard appearances later in 2018, with the reaction from the fan base sure to be another litmus test. Supercars has run with V8 engines exclusively for the last 25 years with the branding of the category revolving around the V8, so it’s another major departure for the category.

The lukewarm reaction of fans to the new-look diesel-powered SuperUtes at the Adelaide 500, not to mention the impact the current turbo-charged Formula 1 engines have had on crowd figures internationally, highlights the risk of lessening the aural appeal of a category.

The Audi Sport R8 Cup also failed to appeal to crowds, with the absence and uncertainty around the Australian GT Championship leaving the Adelaide 500 and other Supercars events light on strong support categories.

These variables come at a time of change for the event itself. The recent abolishment of the SA Motor Sport Board (formerly the Australian Formula One Grand Prix Board), which ran the Australian Grand Prix and Adelaide 500 independently of the government, has seen the Adelaide 500 now incorporated into the South Australian Tourism Commission.

The government’s increased involvement in the event has raised concerns. The 2017 event’s lack of a Sunday concert, in order to encourage race-goers to attend the Adelaide Festival of Arts opener instead, showed the conflicts within the multitude of government-run events on in Adelaide in ‘Mad March’.

The growth of the Fringe Festival and Adelaide Festival of Arts in recent years has continued to encroach on the free air and space once afforded to the Adelaide 500, most obviously along East Terrace and into Rundle Street on race weekend and on the disposable income South Australians can spend on events in March.

With the government now pulling the strings behind the scenes at the Adelaide 500, the event must perform relative to not only other sporting events but also in direct competition to arts festivals run at the same time. This at a time when the ties to Holden have now broken with the end of local manufacturing, which could have a further impact on crowd figures in the coming years.

The government’s grant of $3 million over three years in addition to a previous state government investment of $7.5 million to Peregrine Corporation to assist with the building of Tailem Bend’s The Bend Motorsport Park, which hosts its first Supercars event in August, could be seen as providing a long-term fall-back option should the government call time on the Adelaide Street Circuit and Adelaide 500.

A Labor win in the upcoming state election could also further strengthen the push for an FIA Formula E Championship event at the Adelaide Street Circuit, given the increased investment for electric cars and alternative technologies in South Australia.

While the Adelaide 500 hits 21 years in 2019, approaching double the amount of Australian Grand Prix events held in Adelaide, much depends on the future of Supercars to see which milestone is celebrated next.