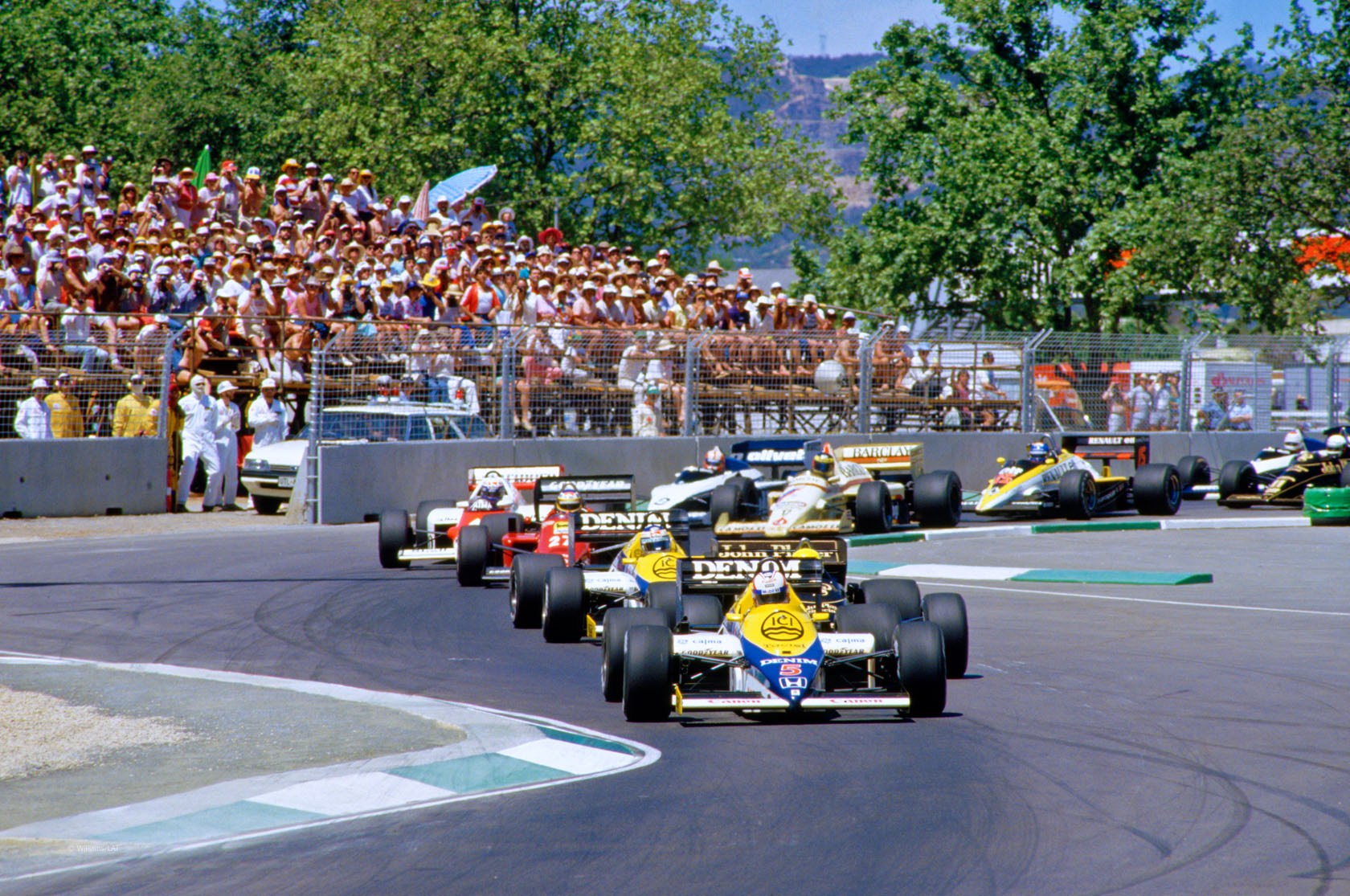 The first Australian Grand Prix was held at Phillip Island in 1928 and then traversed around the country and run under various regulations with intermittent involvement from international stars.

These are the six periods of the Australian Grand Prix over 90 years:

The Australian Grand Prix was run under the what was known as Formula Libre regulations, essentially an open rulebook for purpose-built racing cars of various types from a number of different manufacturers.

The Australian National Formula (ANF) rules came into place in 1964 to align the technical regulations of the Australian Grand Prix to the Formula 1 world championship.

With that came the growth of the Tasman Series, combining events run in Australia and New Zealand that would pit local entrants up against visiting Formula 1 teams escaping the European winter for an Antipodean summer.

The Australian Grand Prix headlined the Tasman Series with races at Sandown, Longford, Lakeside and Warwick Farm with Formula 1 world champions Jack Brabham, Graham Hill, Jackie Stewart and Jim Clark amongst the winners. British teams such as BRM, Brabham and Cooper dominated with the V8 engine becoming the standard powerplant in this era.

As the professional and demands of the Formula 1 season increased, teams became unwilling to participate in the Tasman Series. This meant Australia needed to come up with a new open-wheel formula, as maintaining the Formula 1-spec regulations would be cost prohibitive for local racers.

The solution came in the form of Formula 5000, a series that had originated in the USA with its high-powered V8 aligning well with the Australian motorsport landscape.

The Australian Grand Prix was held at Sandown four times and twice at Warwick Farm and Oran Park in this era with New Zealand’s Graham McRae the most successful driver with three wins – 1972, 1973 and 1978. However, the event lagged in popularity as touring cars became the most popular form of motorsport in Australia.

Former racer turned tyre magnet and circuit owner Bob Jane sought to restore the Australian Grand Prix to “the importance it deserves” by acquiring the rights to host it at his at Calder Park Raceway from 1980.

In order to be sustainable and move on from the declining popularity of Formula 5000, the Australian Grand Prix would be run to the cost effective Formula Pacific rules (based on Formula Atlantic cars) from 1981, with the Ralt RT4 1.6-litre Ford the car to beat.

Jane’s bid to elevate the status of the grand prix involved bringing the best talent to Australia, including world champions such as Jones, Nelson Piquet, Alain Prost, Niki Lauda and Keke Rosberg.

Prost won the 1982 Australian Grand Prix, though Brazilian up-and-comer Roberto Moreno stamped his authority on the event with three wins in 1981, 1983 and 1984.

The Australian Grand Prix entered the Formula 1 world championship from 1985. Adelaide won the right to host the event with the initial motivation being as a way to celebrate South Australia’s sesquicentenary (150th anniversary of European settlement) in 1986, though the race was awarded from 1985 on a street circuit in the heart of the state’s capital city.

Adelaide would host the season-ending grand prix till 1995 with the championship decided in the final race of the year in dramatic style in 1986 and 1994.

Prost, Gerhard Berger and Ayrton Senna each won two races with the event in Adelaide coinciding with what’s often described as a golden era for Formula 1, with turbocharged engines run until 1988 before a move to normally-aspirated engines.

Adelaide held its final Australian Grand Prix in 1995 with a then world-record crowd of 210,000 on race day.

The Australian Grand Prix moved to Melbourne, Victoria, from 1996 on a street circuit around Albert Park, three kilometres south of the capital.

Albert Park hosted the pre-world championship Australian Grand Prix in 1953 and 1956, on a slightly different configuration that ran in the opposite direction.

The Australian Grand Prix switched to the season-opening race on the Formula 1 schedule and has been the first round ever since with the exception of 2006 (moving to the third round to avoid the Commonwealth Games in Melbourne) and 2010 (when it shifted with Bahrain to the second round).

The circuit utilises public roads and a car park within Albert Park, though led to a series protests by groups determined to protect the parklands.

Spectator attendance peaked at 401,000 across the four days in 1996, failing to match Adelaide’s weekend crowd of 520,000 the previous year, with the current average attendance around 275,000.