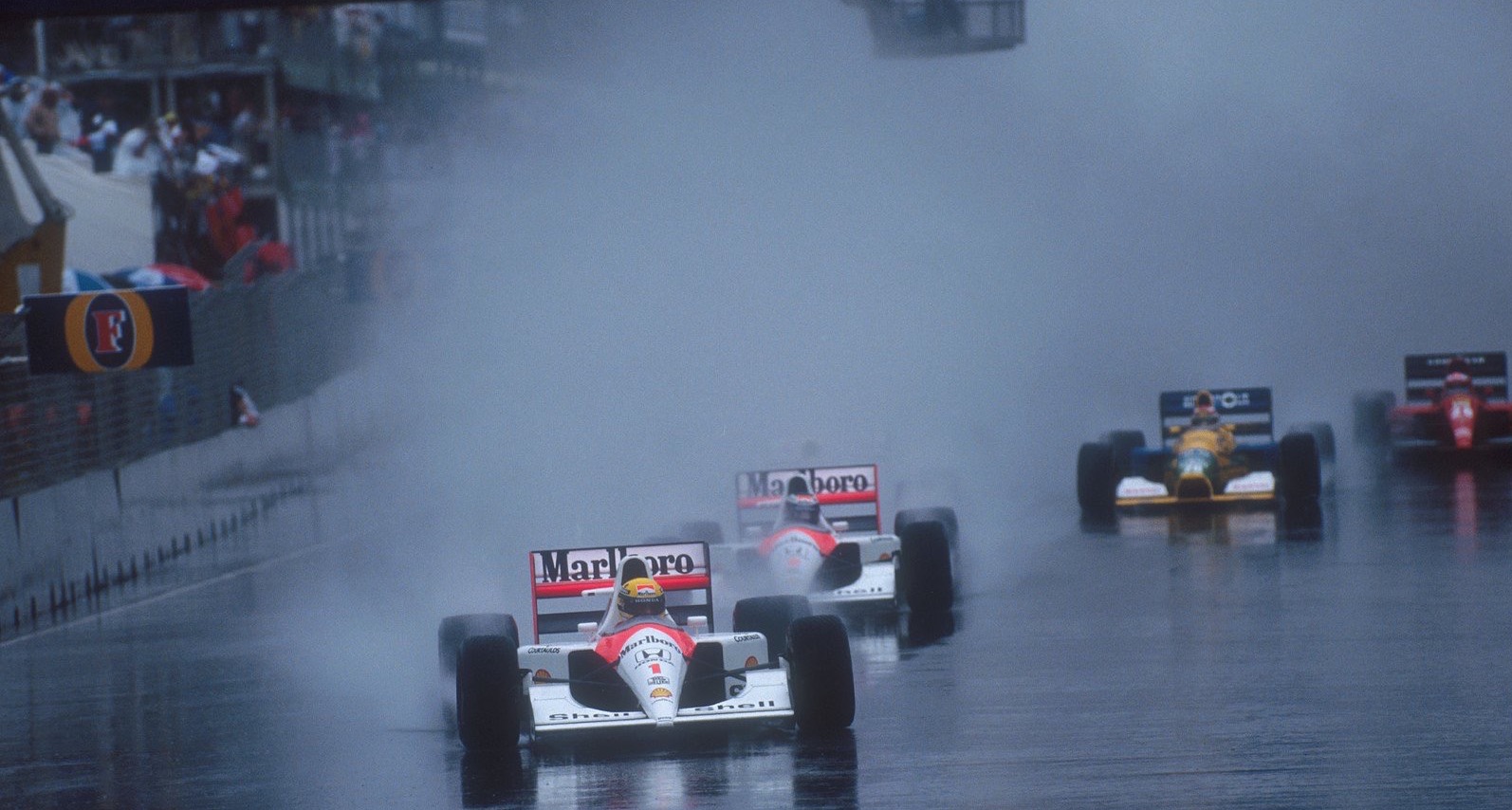 With memories fresh of the downpour in Adelaide in 1989, the race in 1991 was red flagged and stopped for good following a spate of accidents.

McLaren’s Ayrton Senna was declared the winner, his first victory in Australia, while Williams’ Nigel Mansell was awarded second place despite spinning off and hitting the wall. Mansell required medical attention, missing the podium alongside Senna and Gerhard Berger.

“I don’t think that was a race, it was just a matter of staying on the circuit, and there was no point to try to go quick at all,” said Senna.

“We had a race, a very bad one, here a couple of years ago and then was impossible and today was even worse! There was even more water on the back straight.”