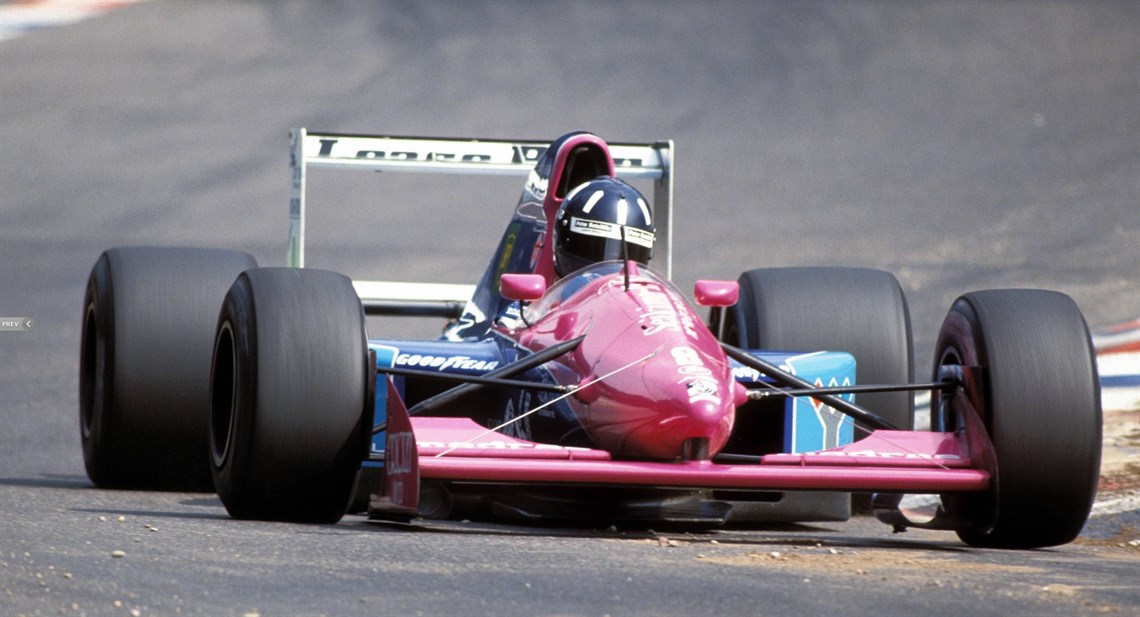 Formula 1 is a brutal business where smaller teams struggle to survive under an inequitable revenue stream. During the Adelaide Grand Prix years, with more flexible arrangements in terms of teams’ commitments to participate in each grand prix, a pre-qualifying system culling entries ahead of race day and with challenging economic conditions, a number of teams fell by the wayside.

These are the teams that started a season but didn’t make it to the season finale in Adelaide:

Tragedy struck for the British-based team with the loss of driver Manfred Winkelhock in 1985, killed in a sportscar accident in Canada. The team subsequently downsized to one entry but withdrew from Formula 1 with the departure of sponsor Skoal.

The British team reintroduced Honda to Formula 1 in 1983. When Honda moved to Williams later in the year, Spirit ran uncompetitive Hart turbocharged engines and eventually pulled out of Formula 1 after three races in 1985.

The German team with a history in touring cars debuted in Formula 1 in 1985, though the team was unprepared for its debut season and didn’t race in the season-ending South African and Australian Grand Prix. The team did make it to Adelaide the following season and raced on till 1989.

French constructor Automobiles Gonfaronnaises Sportives (AGS) entered Formula 1 in 1986, though didn’t compete in Adelaide. The team became a regular non-qualifier over the next few seasons, eventually withdrawing in the latter stages of 1991.

Italian Enzo Coloni had run a team in junior formulae in Europe and stepped up into Formula 1 in 1987, entering the Italian and Spanish Grand Prix but not making it to the flyaway races in Japan and Australia. Coloni did make it to Adelaide from 1988 to 1991 but failed to qualify each time.

The Italian-based, Swiss-owned team debuted in 1988 but failed to score a point and struggled to make it out of pre-qualifying throughout 1989 and 1990. Owner Walter Brun withdrew the team before the Japanese and Australian races at the end of 1990 after also selling his interests in the Brabham team.

Life was an ambitious team from Italy that entered Formula 1 with an unconventional W12 3.5-litre engine. The car failed to qualify for a grand prix leading to a switch to a Judd CV 3.5 V8 later in the year, but further non-qualifications meant the team decided against racing in Japan and Australia and withdrew from Formula 1.

The British-based team enjoyed success in Formula 3000 and scored a podium in its Formula 1 debut season in 1989. The team was sold to Swiss investors in 1990 and relocated there, though collapsed in August that season.

Italian shoe magnate Andrea Sassetti purchased the assets of the Coloni team and created Andrea Moda Formula. Unable to run the former Coloni chassis, Andrea Moda was forced into designing its own car that qualified for just one grand prix. Sassetti was arrested in the paddock at the Belgian Grand Prix for financial irregularities with the team suspended from Formula 1.

The once great Brabham fell into a rapid decline following the sale of the team by Bernie Ecclestone in 1987. The team returned from a sabbatical in 1989 and often struggled to qualify. Middlebridge Group Limited eventually took over but with the loss of sponsors and struggle to qualify for races the team folded in 1992, ending with an 11th place for Damon Hill (pictured above) at the Hungarian Grand Prix.

The Italian manufacturer of alloy wheels entered Formula 1 in 1991 but didn’t score a point in its debut season. British Fomet subsidiary, charged with construction of the car for 1992, sold the design to the Larrousse team, leaving Fondmetal struggling to get on track. Poor results saw the team withdraw from Formula 1 with three races remaining. It was one of four teams to close in 1992, at the peak of a global economic recession.

The Scuderia Italia was a regular in Formula 1 during the Adelaide Grand Prix era, running Dallaras from 1988 to 1992. A switch to Lolas in 1993 led to a poor run of results with owner Giuseppe Lucchini joining forces with Minardi from 1994, leading to the withdrawal of the BMS Scuderia Italia from the Japanese and Australian Grand Prix in 1993.

Nick Wirth’s British-based team bravely raced on following the death of driver Roland Ratzenberger at the 1994 San Marino Grand Prix, finishing the season with a string of pay drivers. The loss of sponsorship funds into 1995 saw the team withdraw following the Monaco Grand Prix in May.