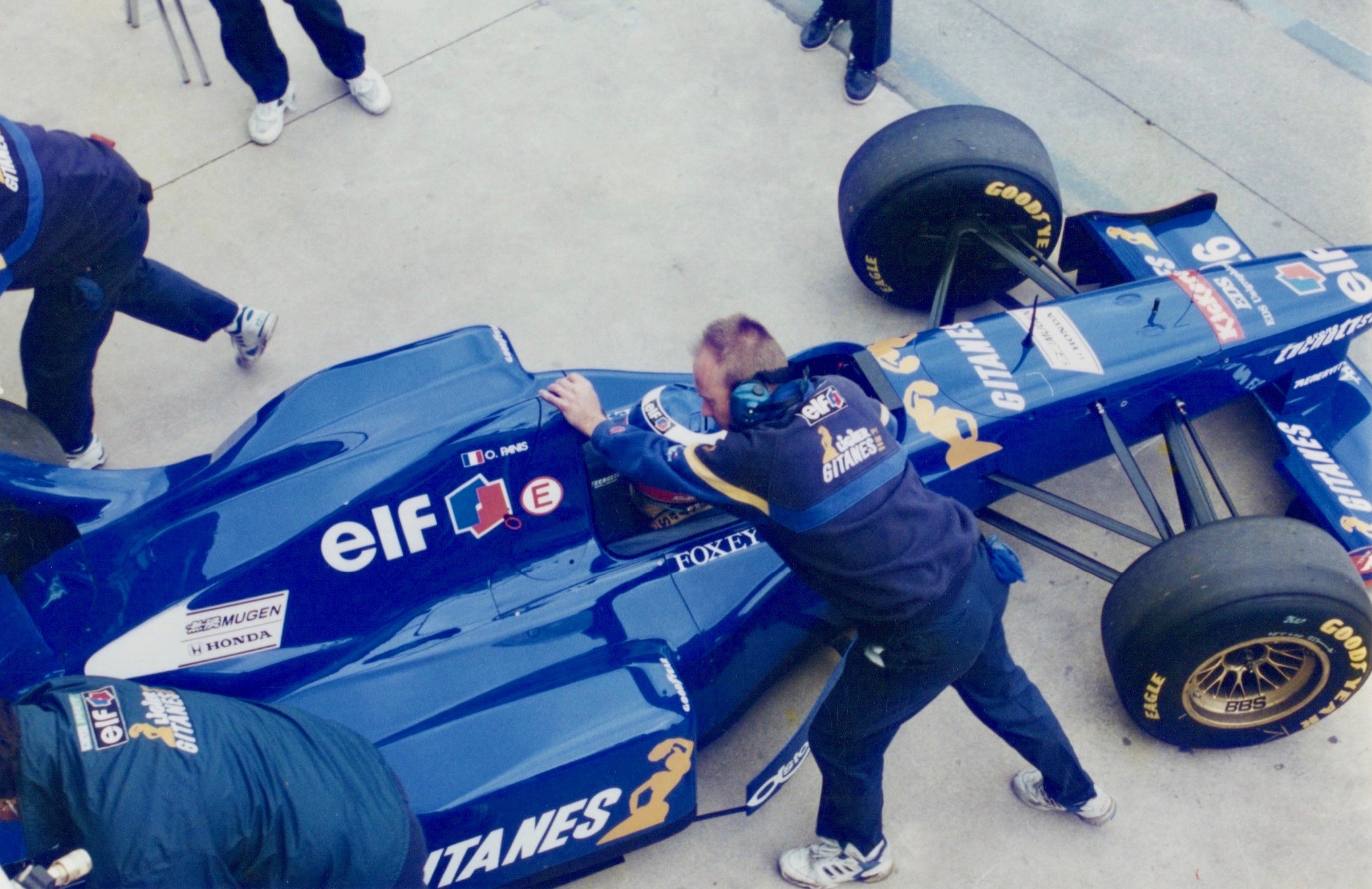 The Adelaide Grand Prix era began and ended with a Ligier entry in second place, fittingly for a team that scored the most points without a win in South Australia.

The blue cars of the French team participated in all 11 Adelaide Grand Prix races, attempting to rediscover the form that saw Ligier claim a number of race wins and challenge for the title in the late 1970s and early 1980s.

Guy Ligier, who made 12 starts in Formula 1 and was also an accomplished motorcycle racer, rower and rugby player, founded Ligier Cars in 1968 with the aim of building a car to win the 24 hours of Le Mans sportscar race. The team fell just short, finishing in second place in 1975, before an opportunity presented itself in Formula 1.

Ligier purchased the assets of the Matra team and entered Formula 1 from 1976. Success soon followed with driver Jacques Laffite winning the Swedish Grand Prix in 1977 and the team becoming a regular threat, finishing in the top four of the constructors’ championship from 1979 and 1981.

Ligier was staunchly patriotic, running in the blue of France throughout its history, regularly fielding French drivers and aligning with Renault from 1984. Despite the Renault powerplant lagging in performance relative to Honda and TAG-Porsche in this period, Ligier scored a double podium at the first Adelaide Grand Prix in 1985.

The high attrition rate left Laffite running in second place and teammate Philippe Streiff in third. But it almost turned into a disaster when Streiff attempted an overtake on the penultimate lap and made contact with his teammate. Streiff hobbled around with a broken front wheel and held on to third place with Tyrrell’s Ivan Capelli a lap down in fourth place.

Tensions were high in the garage with Streiff subsequently leaving the team, though the double podium was the highlight of Ligier’s time with Renault engines.

Laffite’s Formula 1 career came to an end when he broke both legs in accident at the start of the British Grand Prix at Brands Hatch in 1986, with teammate René Arnoux and replacement driver Philippe Alliot ending the season just outside the points with seventh and eighth respectively in Adelaide.

Renault withdrew from Formula 1 at the end of 1986, forcing Ligier to seek alternative engine suppliers and into a downward spiral. The team ran rebadged BMW (Megatron), Judd, Cosworth and Lamborghini engines from 1987 to 1991, struggling for consistency with just four points scored across those five seasons. Its best result in Adelaide in this period was a ninth place for Stefan Johansson in 1988. In that same race teammate Arnoux infamously took out the Ferrari of leader Gerhard Berger while being lapped.

Ligier reunited with Renault from 1992 and enjoyed an upswing in results with veteran Thierry Boutsen equalling the team’s season-best of fifth place in Adelaide.

The team was sold to Cyril de Rouvre, former owner of the AGS team and prominent businessman and politician, in 1993 with its all-British pairing of Martin Brundle and Mark Blundell scoring three podium finishes and ending the season with a sixth place for Brundle in Adelaide. Brundle’s entry was hard to miss with a special livery designed by artist Hugo Pratt.

De Rouvre ran into financial trouble and was forced to sell Ligier to Benetton team boss Flavio Briatore in 1994, with the alignment with the championship-winning team paying dividends with further podiums. New recruit Olivier Panis continued the run of French drivers given their chance in Formula 1 at Ligier with a strong debut season.

The Ligier JS41 car for 1995 looked like a carbon copy of the Benetton B195, drawing criticism from rival teams, though Ligier did switch to Mugen-Honda engines. While Brundle and Aguri Suzuki shared the one entry, Panis continued to impress in his second full-time season and claimed a second place in Adelaide despite an engine problem in the latter stages. Just like in 1985, Ligier had scored a nail-biting podium with a faltering car.

Ligier claimed a ninth and final win in Formula 1 at the 1996 Monaco Grand Prix, with Panis keeping his nerve in challenging conditions for a famous win. Ligier was sold to Alain Prost and rebranded into Prost Grand Prix from 1997, though suffered a steady decline and went bankrupt in 2002.

Renault continues to fly the French flag in Formula 1, though the current team is based in the United Kingdom at the Enstone factory that housed Benetton. The demise of Ligier/Prost marked the end for an all-French team in Formula 1.