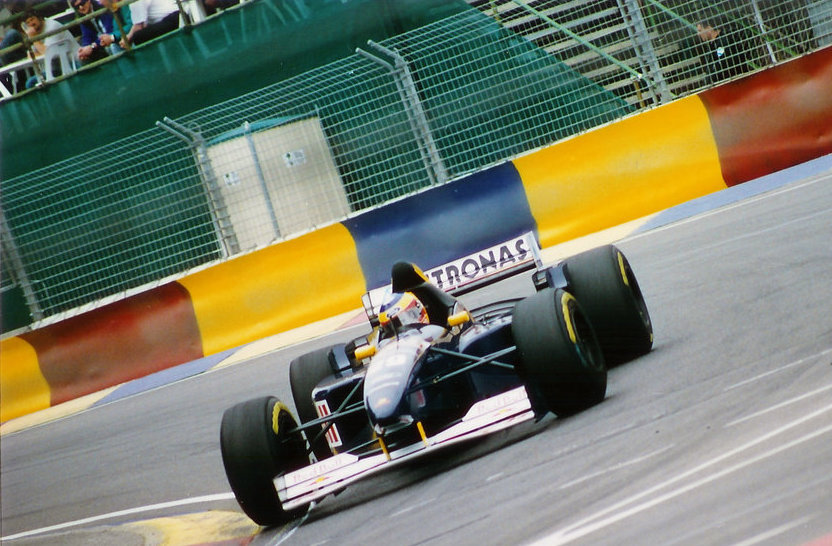 Austrian Karl Wendlinger was rated as a star of the future when climbing throw the junior ranks as a Mercedes-Benz-backed driver alongside Michael Schumacher and Heinz-Harald Frentzen.

Wendlinger showed his potential in Formula 1 with a string of points finishes with Sauber in 1993 and into 1994, including an equal career-best fourth place at the San Marino Grand Prix marred by the fatal accidents to Roland Ratzenberger and Ayrton Senna.

Formula 1 was in mourning a fortnight later at Monaco, where Wendlinger suffered a career-changing accident.

Wendlinger lost control of his Sauber on the exit of the tunnel and smashed into the barriers at the Nouvelle Chicane side on, with his head hitting the barriers.

The accident sidelined Wendlinger for the remainder of the season, though Sauber did reinstate him for 1995. But he struggled for fitness and was sidelined yet again after four races.

Sauber gave Wendlinger another opportunity in the final two races of the 1995 season in Japan and Australia. But a head-on crash into the wall at the Senna Chicane in Friday practice in Adelaide added to the concerns over his fitness.

Wendlinger suffered whiplash in the accident that forced him to miss qualifying and he retired from the race after eight laps due to the pain, an unfortunate end to a Formula 1 career that promised so much.

Wendlinger went on to enjoy a career in sportscars that included a podium at the 24 hours of Le Mans and a championship win in the GT2 class. He returned to Adelaide for the ‘Race of a Thousand Years’ sportscar race and finished in third place.