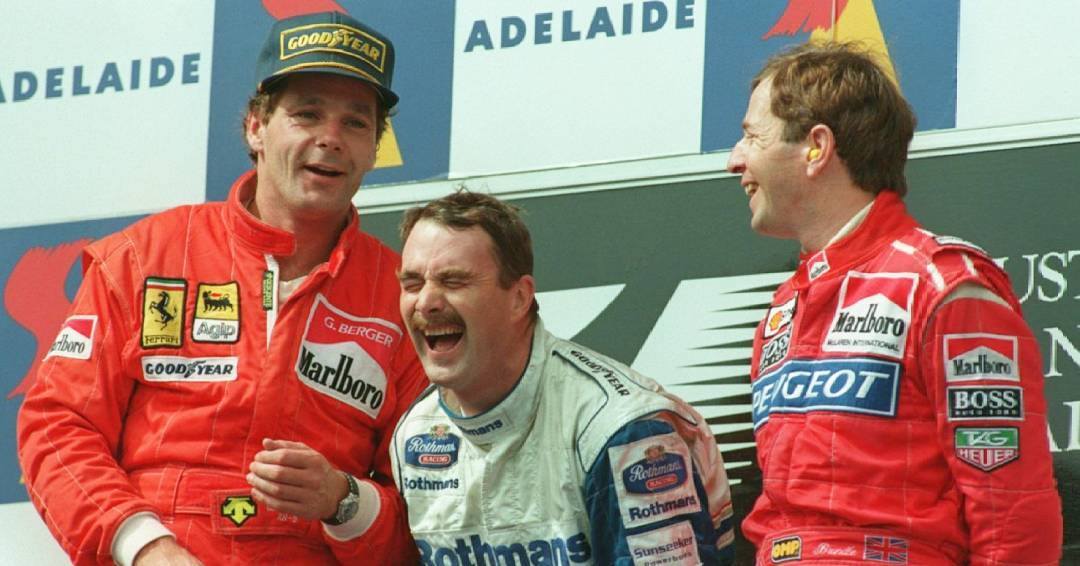 Piquet was the first to move on, retiring from Formula 1 following the arrival of Michael Schumacher at Benetton at the end of the 1991 season. Prost, Senna and Mansell would go on to squabble over drives at Williams. Mansell moved to IndyCar to make way for Prost in 1993, despite being the current world champion. Prost duly won the title and retired, paving the way for Senna to join Williams in 1994. Senna’s death at the San Marino Grand Prix robbed Formula 1 of not only its biggest star but also its only world champion left on the grid that season.

The rivalries between Prost, Piquet, Senna and Mansell, in high-powered turbo-charged and normally-aspirated cars with McLaren and Williams at the peak of their powers, defined this era. The change in the look of Formula 1 cars following safety improvements in response to the fatal accidents of Senna and Roland Ratzenberger coupled with a generation change in drivers marked the end to what was often called Formula 1’s golden era.

Following Senna’s death, Schumacher and Damon Hill would do battle for the title with drivers such as Jean Alesi, Mika Häkkinen, David Coulthard, Rubens Barrichello, Eddie Irvine, Oliver Panis and others stepping into the spotlight. And while the championship fight between Schumacher and Hill would garner most attention at the 1994 Adelaide Grand Prix, it was drivers of the golden era who stood on the podium.

Mansell had been recruited by Williams to assist Hill in the championship battle, ironic considering he had left Williams so acrimoniously after winning the title for them in 1992. The veteran claimed pole position in Adelaide and inherited the win once Schumacher and Hill were eliminated.

Joining Mansell on the podium was Gerhard Berger, a regular race winner in the golden era, and Martin Brundle, Senna’s former rival in Formula 3 and another of the veterans on the grid. All three had raced in the first Adelaide Grand Prix back in 1985 and were amongst the most experienced on the grid.

The trio joked about their age on the podium (pictured above) in what bucked the trend of younger drivers moving in on their turf throughout 1994. Indeed, the top six in Adelaide was rounded out by youngsters Barrichello, Panis and Alesi.

Mansell raced on into the 1995 season with McLaren, though he only competed in two grands prix before retiring once for all; Brundle continued for two further seasons with one more podium finish; and Berger defied the move towards younger drivers and retired following the 1997 season, winning a race in his farewell season.

But the podium in Adelaide represented the final curtain call of Formula 1’s golden era. Poignantly, Mansell, Berger and Brundle were joined by Schumacher in the post-race press conference when the new world champion dedicated his title to Senna. That moment could be seen as the transition from one generation/era to the next.