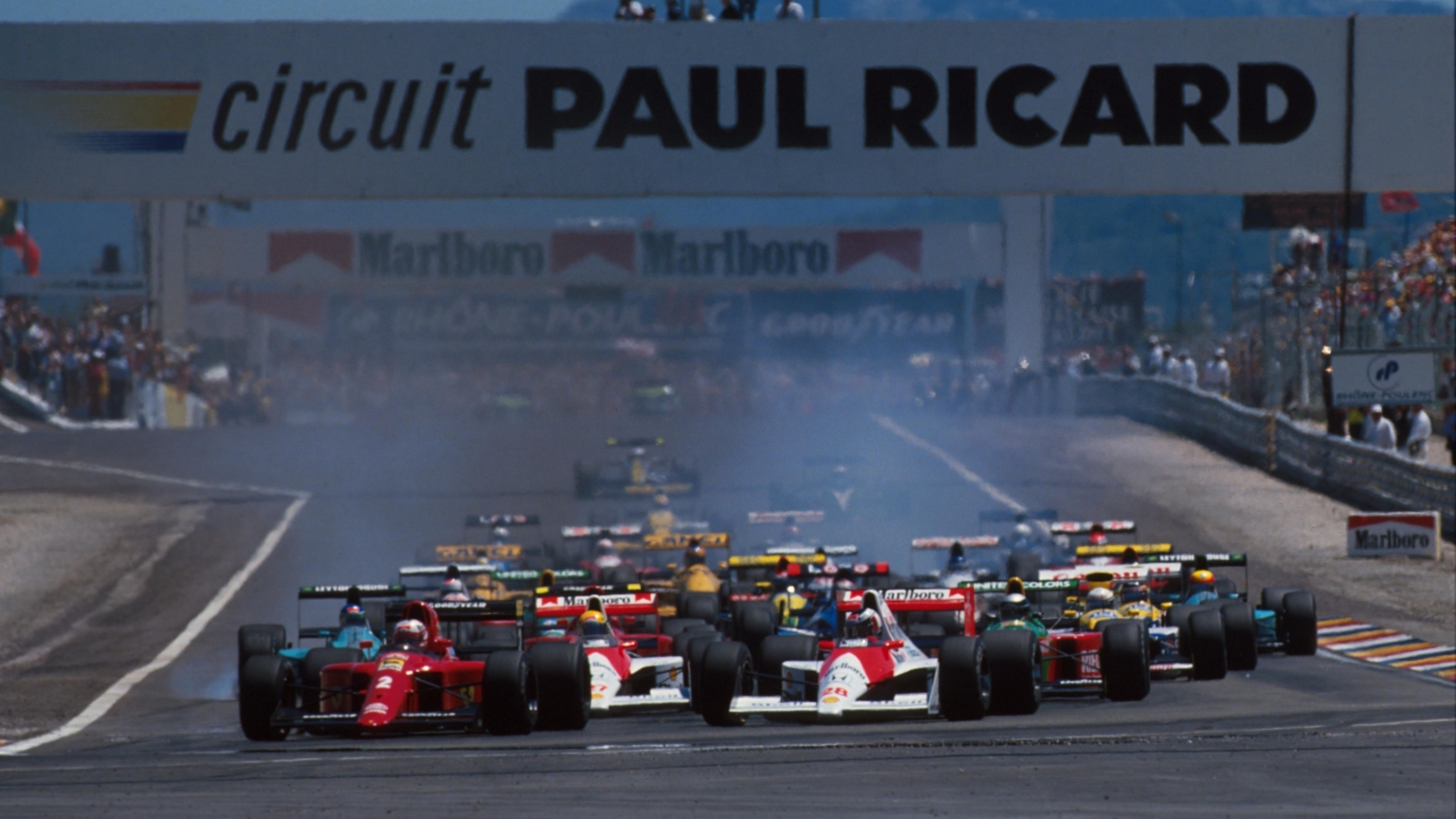 The French Grand Prix returns to the Formula 1 schedule this weekend for the first race at the Paul Ricard Circuit since 1990.

The 1990 season marked the halfway point of the Adelaide Grand Prix era and a high point for depth and variety in Formula 1 during this period, before the global recession wiped out a number of low-rung teams.

Thirty-five cars entered the 1990 French Grand Prix with 26 grid slots available on race day. Pre-qualifying was therefore a necessity to reduce the field.

A total of 19 teams took part in the event with five different engine configurations – V12s from Ferrari and Lamborghini, V10s from Honda and Renault, V8s for Ford’s Judds and Cosworths, a flat 12 from Subaru and Life’s W12:

The Coloni, Life, Osella and EuroBrun entries failed to make it out of pre-qualifying, meaning their weekend ended on the Thursday morning of the event. Onyx’s two entries plus a car each from AGS and Minardi were eliminated following qualifying, leaving the required number of 26 starters.

In the race itself, Scuderia Ferrari’s Alain Prost defeated Lleyton House’s Ivan Capelli’s with McLaren’s Ayrton Senna in third place – V12, V10 and V8 engines filling the podium places. Lleyton House’s two entries had failed to qualify for the preceding Mexican Grand Prix, though the introduction of the updated Adrian Newey-designed CG901 chassis resulted in a dramatic form reversal with Capelli challenging Prost for the win in what would be the team’s best-ever result in Formula 1.

The challenge of surviving in Formula 1 led to the closure of a number of teams at the end of the 1990 season. The Onyx, Life and EuroBrun teams didn’t make it to Adelaide that season, while Coloni abandoned its Subaru F12 for a Judd Cosworth in the second half of the year.