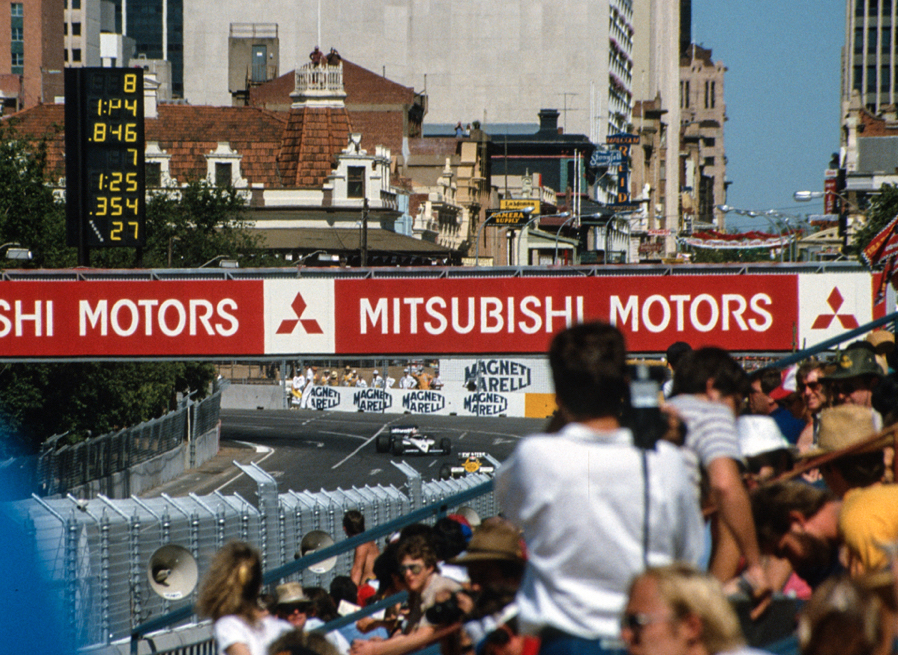 Channel Nine covered the Adelaide Grand Prix from 1985 and 1995 and won international awards for its wall-to-wall telecasts and pioneering use of technology.

Darrell Eastlake and Alan Jones fronted Channel Nine’s Formula 1 coverage, which continued post-Adelaide to the end of the 2002 season.

Retired commentator Murray Walker was on hand for Nine’s final Formula 1 telecast, the 2002 Japanese Grand Prix, with the rights to the category moving to Ten Network in 2003.

The following montage featured in the closing credits of Nine’s final telecast, showcasing iconic moments from the Adelaide Grand Prix and more: