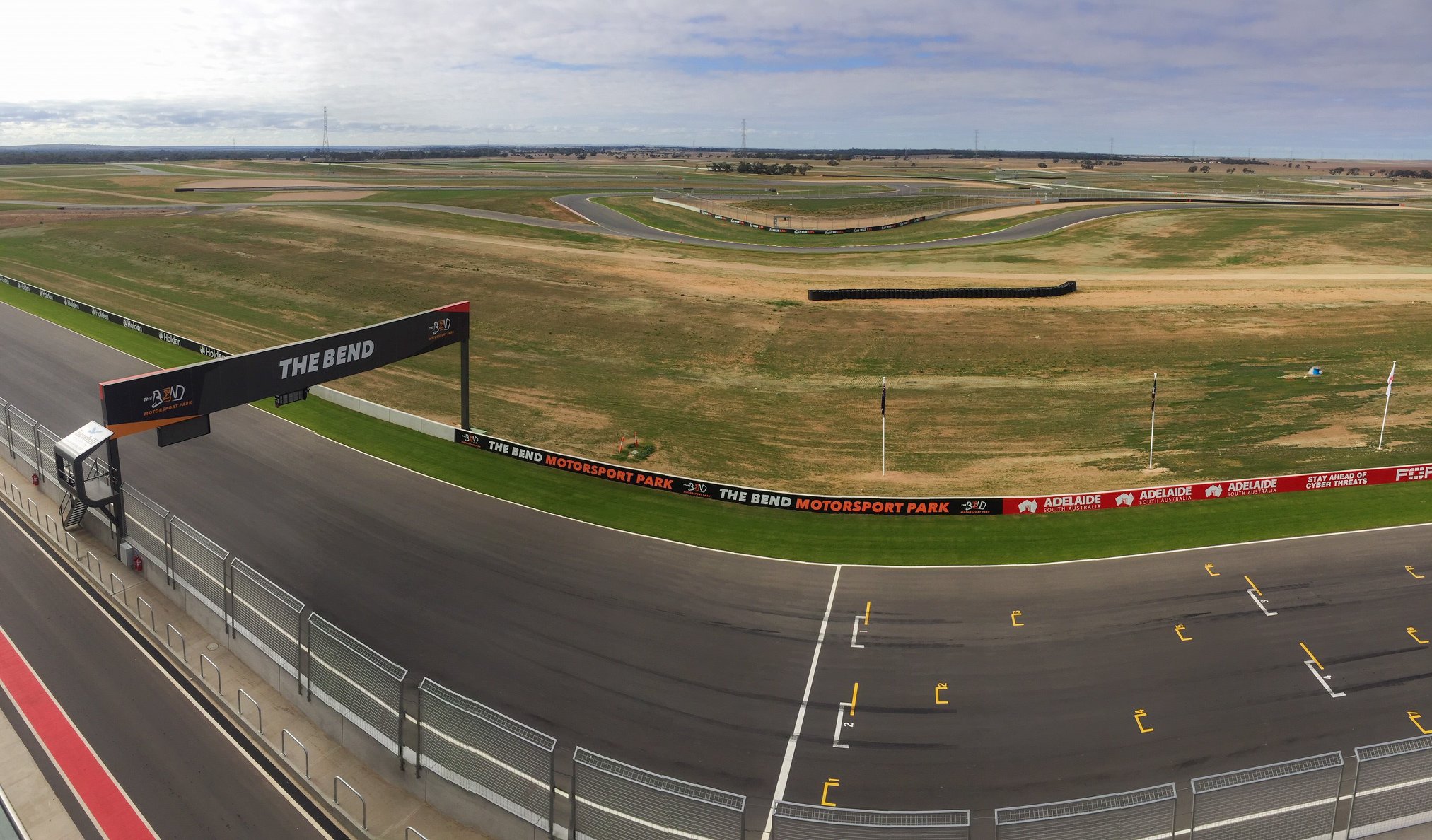 The Bend Motorsport Park has launched its inaugural Supercars round with confirmation of the name of the event, entry list and support categories.

The inaugural round of the Virgin Australia Supercars Championship to be held at Australia’s newest motorsport facility will be known as the OTR SuperSprint.

On the Run is the petrol station and convenience store brand owned by the Shahin family’s Perigrine Corporation, which is behind The Bend Motorsport Park complex.

The Virgin Australia Supercars Championship will race twice at The Bend Motorsport Park on the weekend of August 24 to 26 with a 120km race on the Saturday and 200km race on the Sunday.

Supercars will run on the 4.9km ‘International’ configuration of the circuit with Dunlop Super2 Series drivers Macauley Jones and Kurt Kostecki joining the grid as wildcard entrants.

South Australian driver and Bathurst 1000 and Adelaide 500 winner Nick Percat attended the event’s launch and gave his impressions of the circuit.

“It’s a really challenging and technical circuit that is going to test all the drivers,” he said.

“Getting a look at the circuit, you can see a number of areas you expect will be high-speed and turns that are going to be critical to get right when we start racing here.

“Everyone will be pushing to be at the front from opening practice through to the final race on the Sunday, so I think it will be a great weekend of racing.”

Executive director at The Bend Dr. Sam Shahin added: “We are so thrilled to have had such an overwhelmingly positive response from visitors to the facility in the short period of time we’ve been open to the public.

“We’re looking forward to showcasing the venue on a national and international stage in August when Supercars arrive. There is still a lot of exciting development to come.

“Accommodation providers within a 50km radius of the venue including the unique 100 room Rydges Pit Lane Hotel are already close to or fully booked.

“Spectators can roam the circuit and enjoy viewing angles from every turn, or grandstand seating which offers comfort and a reserved seat.

“The main pit building offers spectators a unique panoramic view that overlooks much of the circuit via our hospitality suites.

“Fans can also experience trackside camping, which has proved popular with just under half of the 600-plus sites booked within less than a week of going on sale.”

It’s the first time South Australia will host two rounds of the Australian Touring Car Championship/Supercars at two different circuits in the same season. Adelaide International Raceway hosted two rounds over the course of the one season in 1976 and 1977 and was eventually replaced by Mallala Motor Sport Park, which lost its place on the schedule with the advent of the Adelaide 500 in 1999.

The OTR SuperSprint Supercars event will take place at The Bend Motorsport Park on August 24 to 26.