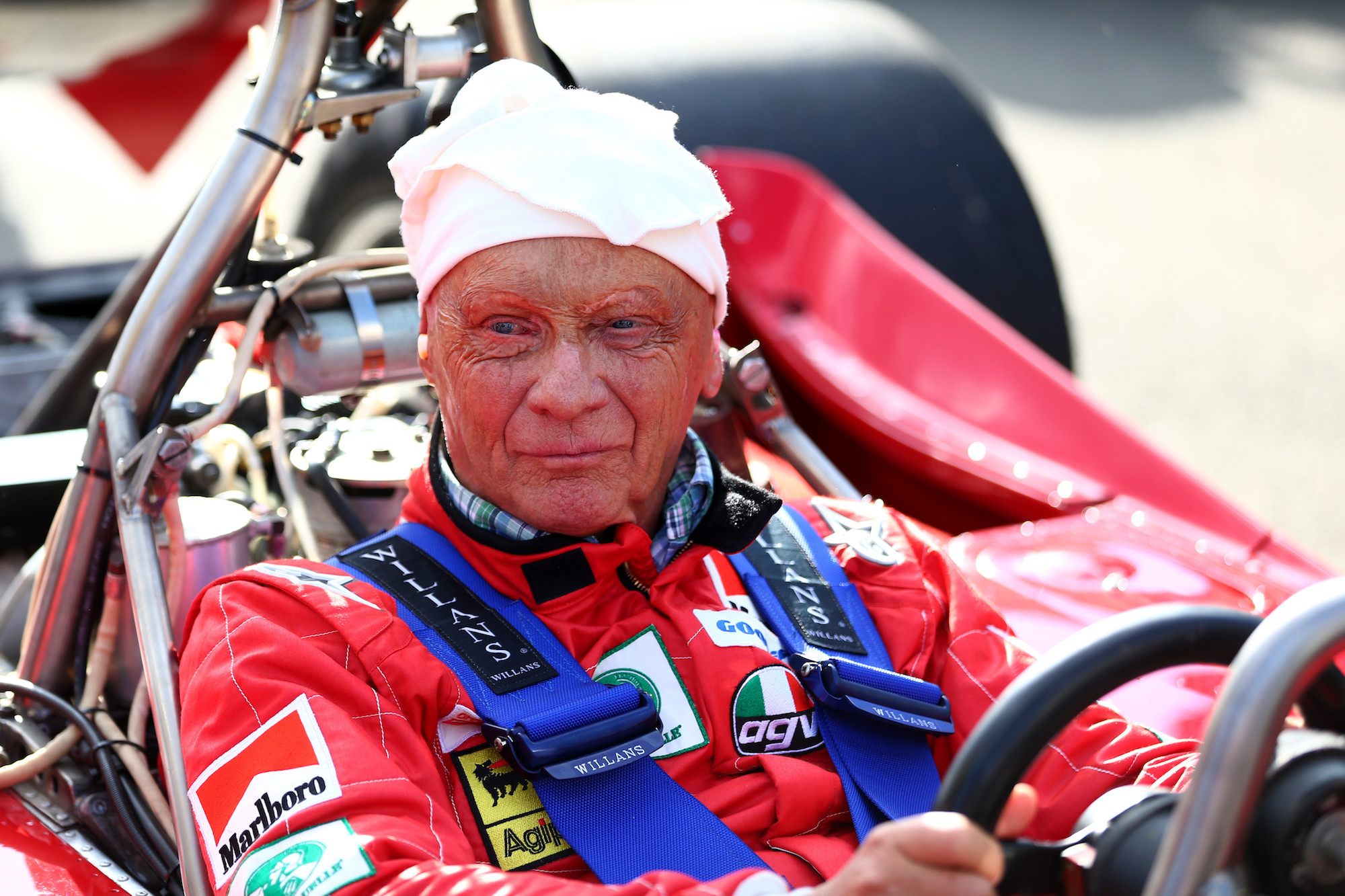 Lauda crashed on a fast kink at the Nürburgring with his Ferrari bursting into flames on impact. He was saved by the fast actions of fellow drivers who stopped to pull him from the car, though he suffered severe burns to his head, including the loss of most of his right ear, and damaged lungs due to inhaling hot toxic gases.