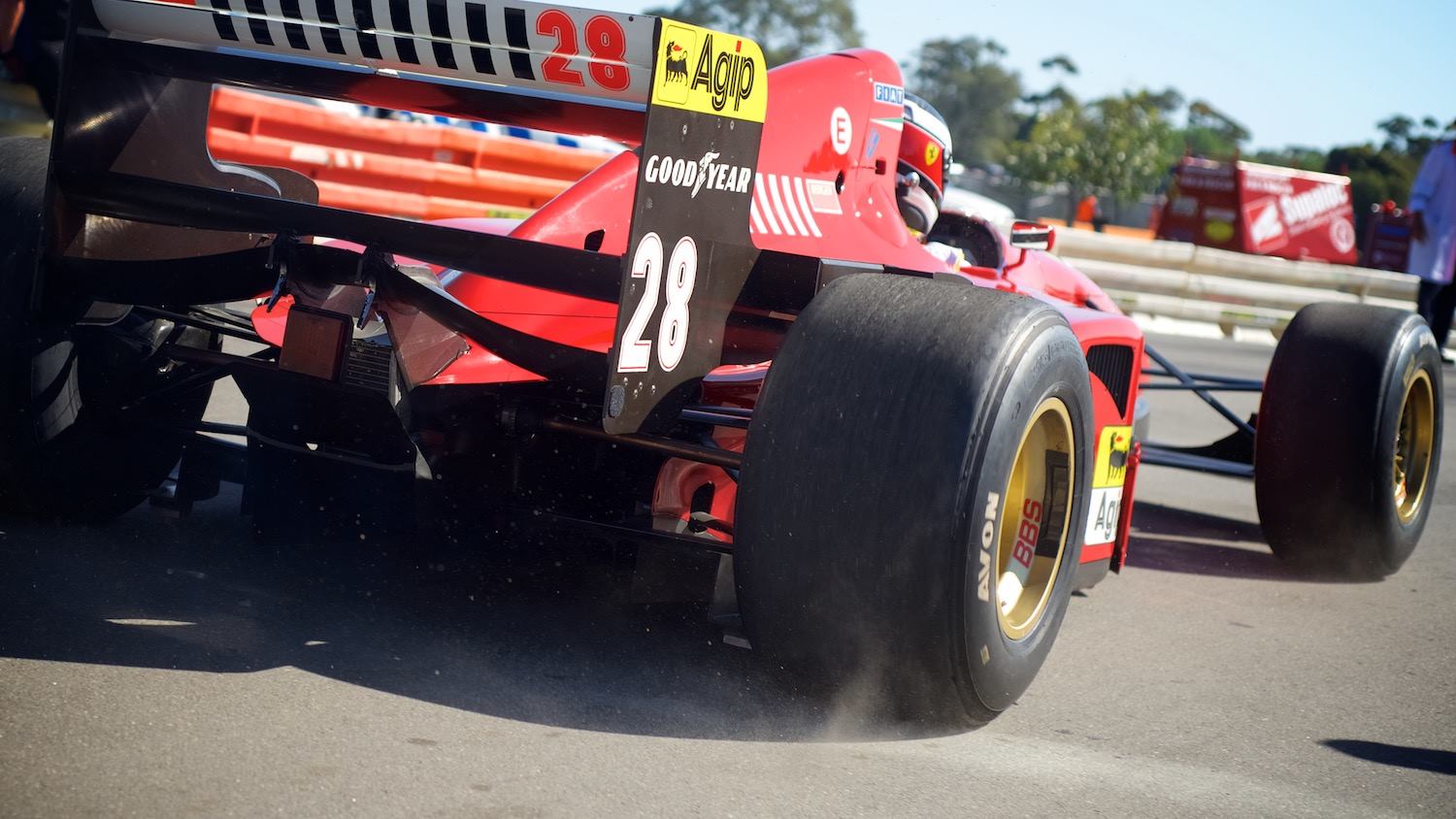 The Ferrari 412 T1 previously driven by Gerhard Berger during the 1994 Formula 1 season appeared at the Adelaide Motorsport Festival in 2015.

Watch and listen to the V12-powered car here: