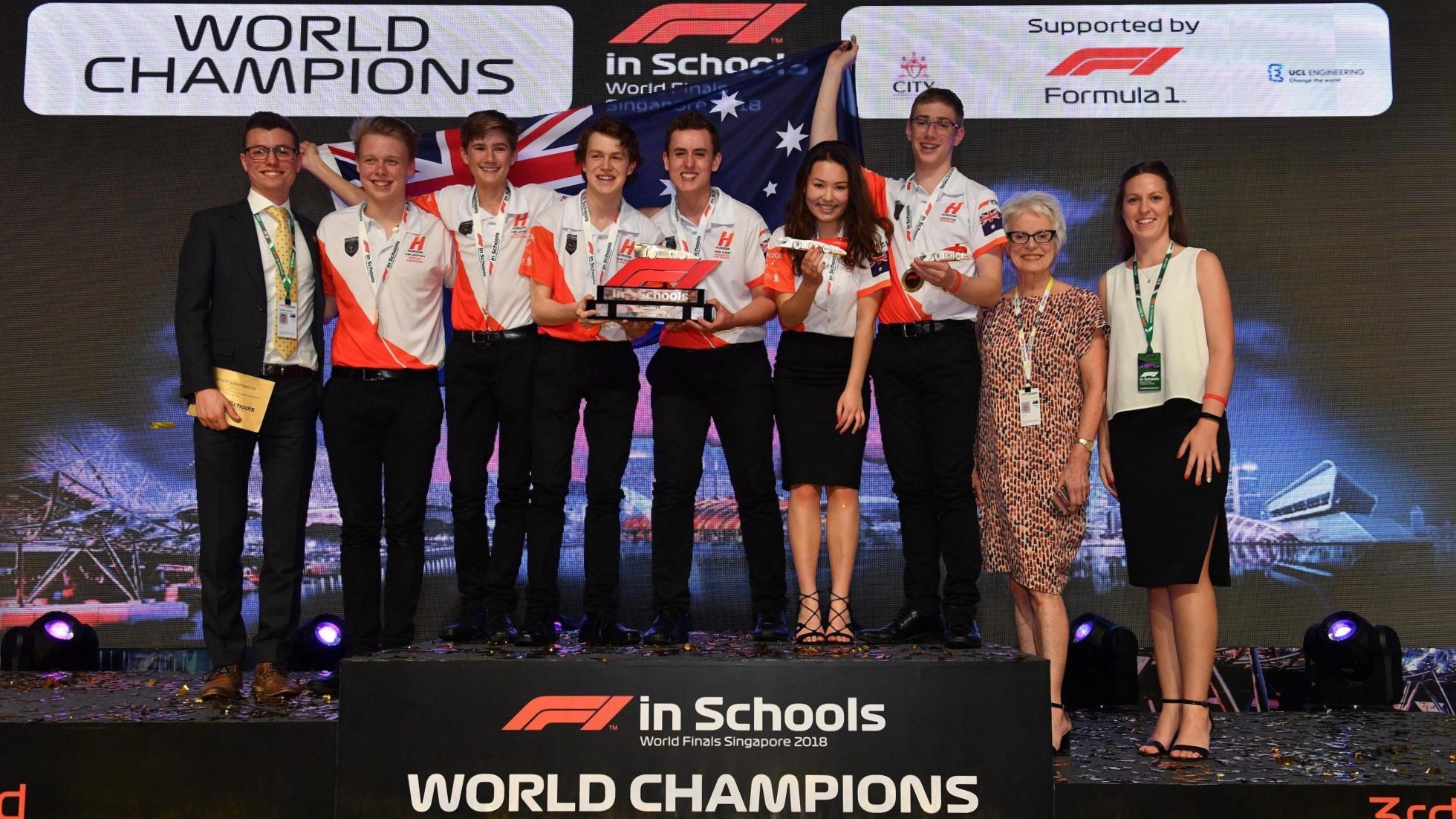 Students from Brighton Secondary School in Adelaide have won the 2018 F1 in Schools World Championship in Singapore.

F1 in Schools challenges students to create their own Formula 1 team, which is commissioned to design, construct and race the fastest miniature Formula 1 Car of the Future; a 2-cm long scale model built from a model block and powered by a compressed air cylinder.

“We knew there were so many competitive teams around but we knew how much work we had done and were just hoping that we had done enough. For some of us it’s been three or four years working on this, but we’ve had late nights and an amazing journey.

“Well done to all the other teams too, they’ve been very special and we’re going to have lifelong friends and memories.

“The engineering behind our car was very precise and we were constantly improving and refining it to make the best product possible. We were perfectionists, making sure nothing was half hearted, the effort and dedication we put in, were the key for us. The experience will be something we’ll hold for the rest of our lives.”

Three other Australian schools finished inside the top 20: Trinity Grammar in Kew in eighth, a collaboration between Methodist Ladies College Melbourne and Hailbury in 12th and Tumut High School in 20th.