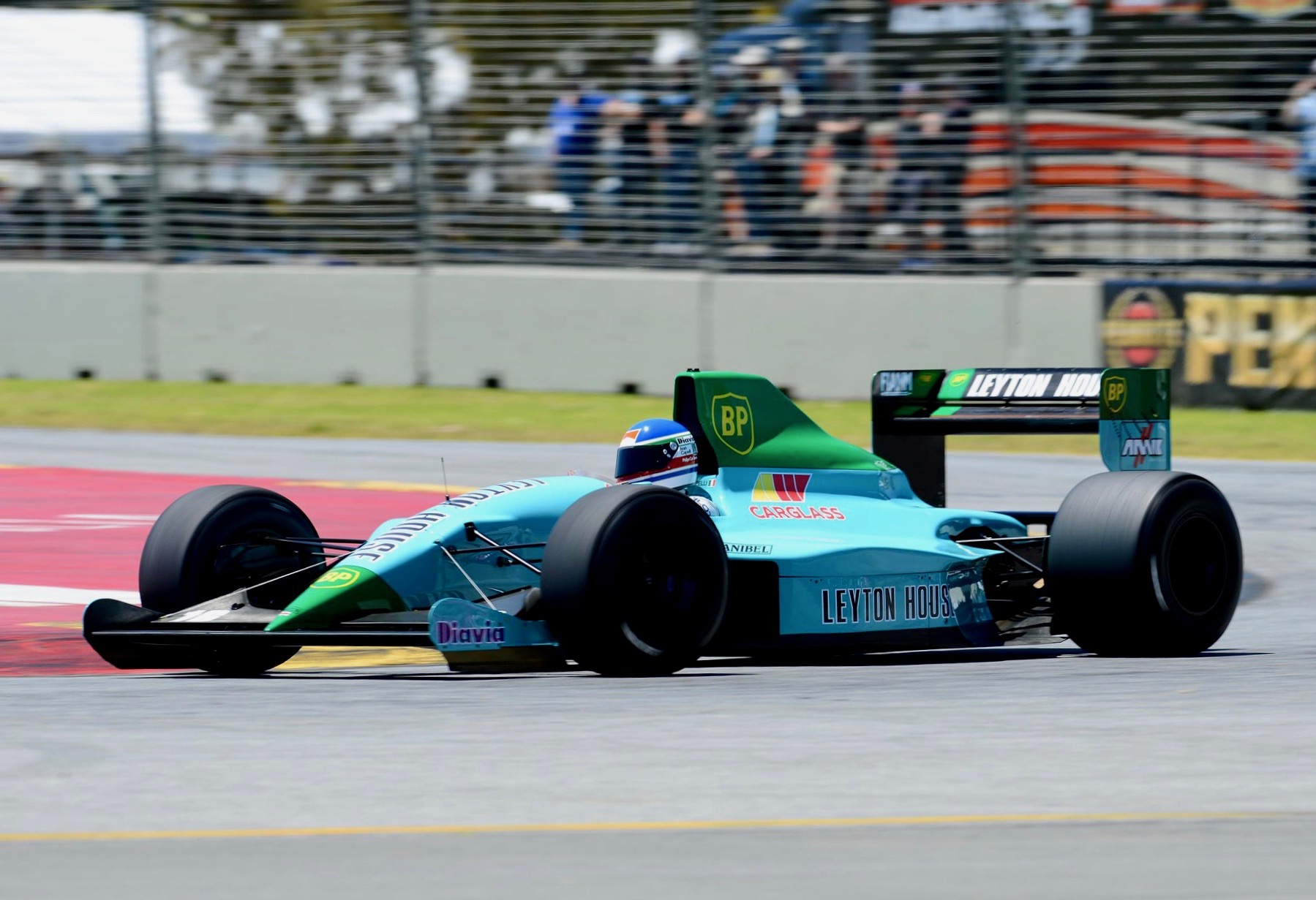 Italian Ivan Capelli has set a new lap record of the Victoria Park Sprint Circuit on his return to the Adelaide Motorsport Festival.

Capelli returned to the festival for the first time since 2016 with the Leyton House CG891 he drove at the 1989 Adelaide Grand Prix.

He set a 42.5753 time on his third flying lap on the Sunday of the event, reclaiming the lap record he held two years ago and taken by Supercars driver Tim Slade in the 1994 Footwork FA15 last year.

“After two years, the chassis is even tighter – in Italy we eat a lot of spaghetti!,” he said.

“Jumping in a Formula 1 car without testing, without training, obviously is very hard. But I can put together one lap and it was the lap that counted.

“It was a cooler day and the air was fresher, which was helping the engine. Obviously the circuit with all the running there was more rubber for the corners.”

The 1989 Leyton House CG891 was one of a handful of Formula 1 cars that headlined the festival, which attracted a weekend crowd of more than 50,000 in its fifth running with growing interest from automotive manufacturers and motorsport competitors.

“It’s a very nice event and for people there is the opportunity that there is not anymore in Formula 1,” said Capelli.

“At these kind of events you can, but there is the ability to see and watch incredible cars that made the history of motorsport and this is a very, very great opportunity.

“I think the quality of the cars is improving every year and this should be the most important thing for the people that are coming here to watch the festival. The cars are really attractive, very nice and there are some cars that made the history of Formula 1 or other categories, it’s a really nice place.”

More than 200 cars took to Victoria Park across the weekend in a celebration of all things motorsport and motoring.

“It continues to do that every single year and I can safely say this Sunday was the biggest day we have ever had at the event.

“I put this down to the fact we have a unique environment here in South Australia.

“When you take the fact we are racing cars in a capital city, as well as being so close to hotels, restaurant and bars in a beautiful park setting – that’s what makes it so successful.

“It really just works because the proximity of where everything is.”