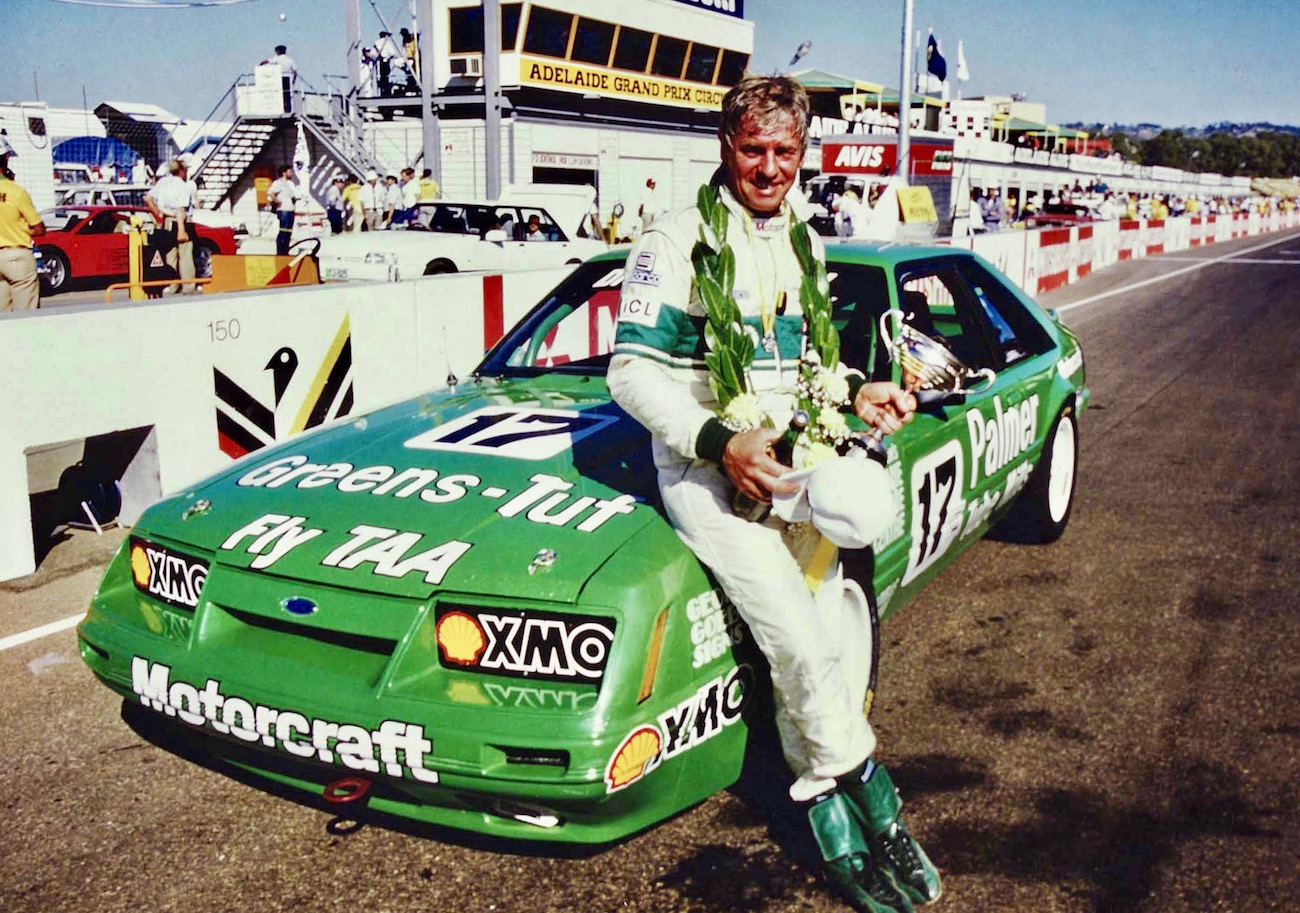 The Mustang Supercar made its racing debut at the 2019 Superloop Adelaide 500, becoming the third iteration of Ford’s pony-car to win in South Australia.

The Improved Production regulations run in the Australian Touring Car Championship from 1965 to 1972 were tailor-made for the Ford Mustang.

Norm Beechey was the first to import the V8-powered American muscle car at the start of 1965. Rivals Ian Geoghegan and Bob Jane soon followed suit, making the Mustang the car to have in Australian touring cars.

Beechey gave the Mustang its first championship win in the single-race decider at Sandown in 1965. Geoghegan took over the mantle with victory at Bathurst in 1966 and backed it up at Lakeside in 1967 and Warwick Farm in 1968.

The championship expanded to multiple rounds in 1969 with Geoghegan facing stiffer competition from other Mustang entrants and the Holden Monaro and Chevrolet Camaro. Geoghegan won two of five rounds, including the third round at Mallala Motor Sport Park, which incorporated the South Australian Touring Car Championship, going on to claim the title by a single point.

The Mustang lost its championship advantage into the 1970s, with a change of rules to what became known as Group C switching the focus to Australian-made cars such as the Ford Falcon and Holden Torana from 1973 and parking the Mustang, Monaro and Camaro muscle cars.

The Mustang returned to Australian touring cars under the international-based Group A regulations that replaced Group C from 1985. With no Falcon suitable for the new rules, Ford runners were forced to choose between the British 2.6-litre V6 powered Sierra XR4i or the American 4.9-litre V8 Mustang.

The Mustang had already been homologated for Group A racing in Europe, so it became the obvious choice for the likes of Ford hero Dick Johnson. However,  the Mustang was overweight and underpowered compared to rival European cars, with a weight of 1325 kilograms and small 11-inch tyres leaving the V8 hamstrung. With Ford head office unwilling to homologate much-needed engine upgrades, the Mustang was left with just 300 to 350hp. Johnson took second in the 1985 Australian Touring Championship, but well behind the BMW 635 CSi of Jim Richards that weighed close to 200 kilograms less than the Mustang.

Johnson ended the year with victory in the non-championship support race at the 1985 Adelaide Grand Prix (pictured above), in what would be the only win for the Group A Mustang in Australian touring cars. After an even more lacklustre season in 1986, Johnson and co. opted for the Ford Sierra RS Cosworth from 1987. The second Mustang era had failed to deliver like the first.

Australian touring cars moved away from Group A and created its own unique V8-powered Ford Falcon versus Holden Commodore rules from 1993. But with Australian automotive manufacturing in decline, what became known as Supercars sought to open up the series to other manufacturers and body shapes and engines other than four-door V8s.

New manufacturers came and went under the new rules first implemented in 2013, including Nissan, AMG Mercedes-Benz (via a customer deal with Erebus Motorsport) and Volvo, though its Ford and Holden that have stuck around.

The debut of the Mustang Supercar marked the return of Ford in an official capacity in Australia’s premier motorsport category.

In May 2013, when Ford announced the end of Australian manufacturing and the retirement of the Falcon, Blue Oval Supercars fans were left to ponder what was coming next. Eighteen months later, Ford pulled its funding from its factory-backed Supercars outfit, Ford Performance Racing, forcing the front-running team to rebrand and race the final Falcon, the FG X, without head office’s backing.

Without Ford’s involvement it seemed impossible that a Blue Oval-badged alternative to the Falcon would be greenlit. It appeared Ford’s storied history in Australian touring cars was coming to an end, leaving a big chunk of Supercars’ fanbase without its favourite make.

Yet the stars aligned for the return of Ford with its American muscle car. In September 2014, American giant Team Penske partnered with Ford regular Dick Johnson Racing to form DJR Team Penske. Roger Penske’s outfit ran Fords in NASCAR, with ‘The Captain’s’ strong relationship with head office in Detroit and its performance branch, Ford Performance, opening the door for a rekindling of Ford’s interests in racing in Australia.

In October 2016, the final Falcon rolled off the production line at the closing Ford Australia factory at Broadmeadows in Victoria. The Mustang had already arrived into Australia as Ford’s new performance vehicle, with more than 6000 cars sold up until that point. Meanwhile, in the same month, the team formerly known as Ford Performance Racing revived the Tickford brand to offer performance upgrades to Ford products.

With two teams possessing strong Ford connections and the Mustang ready to go, all that was needed was approval from head office. Rival Holden had committed to Supercars in the wake of its own local factory closure, importing the new-look Commodore and racing it from the start of 2018. And then, finally, in April 2018 Ford confirmed its return to Supercars with the Mustang with backing for DJR Team Penske and Tickford Racing, in addition to the arrival of Ford Performance in Australia.

Six Mustang Supercars were on the grid at the Superloop Adelaide 500: two from DJR Team Penske driven by reigning champion Scott McLaughlin and Fabian Coulthard, three from Tickford Racing driven by Chaz Mostert, Cameron Waters and Lee Holdsworth and one from customer team 23 Red Racing driven by Will Davison.

Fittingly, DJR Team Penske co-owner and Ford legend Johnson drove the Mustang Supercar in a demonstration across the Superloop Adelaide 500 weekend, ushering in the new Mustang era at the location of its previous success.