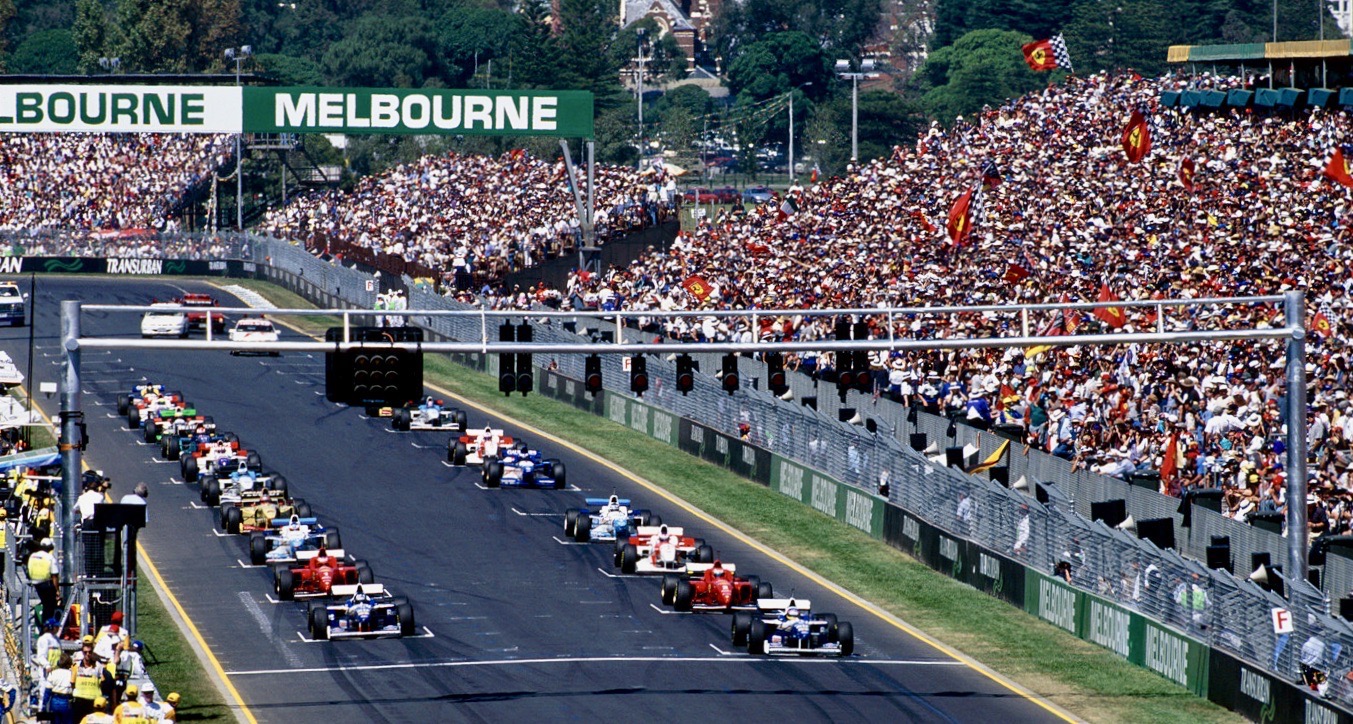 Just 119 days separated the chequered flag falling at the final Adelaide Grand Prix in 1995 and race day for the first Australian Grand Prix at Albert Park, Melbourne, in 1996.

The Australian Grand Prix’s move from the end to the start of the Formula 1 season avoided the Melbourne Cup in November, the sporting and social main event on the Victorian capital’s calendar, while also allowing Formula 1 bosses to pair up future events in Asia with Japan at the end of the season.

“The truth was that no one wanted to leave Adelaide,” says Formula 1 driver turned commentator Martin Brundle.

“Melbourne – or wherever you cared to mention – couldn’t possibly be better. There is a major difference between the opening race of the season and the one that closes it. The first is tense and full of anticipation, the other more laid-back and relaxed.”

For personnel in Formula 1, the switch from the end to the start of the season changed the whole dynamic of the Australian Grand Prix. Rather than the relaxed vibe of the season finale, the atmosphere in the paddock in Melbourne was more edgy, especially when coupled with the increased professionalism of Formula 1 in later years.

While teams and drivers would let their hair down in Adelaide, celebrating the end of the season and combining it with off-season holidays, Melbourne would be squeezed in between the rush of getting prepared for the new campaign and the hectic opening stages of the season.

Melbourne would also come under increased pressure to adjust its timing to better suit the crucial European television market, forcing a move to a twilight schedule that received a mix response from fans.

“The teams were very accessible and amenable in Adelaide, being the last round of the year,” says Mike Drewer, media relations manager for the Australian Grand Prix in Adelaide and Melbourne.

There were also changes in the characteristics of Formula 1 from Adelaide to Melbourne, accentuating the different feel of the two hosts.

New regulations included a single one-hour qualifying session, rather than the two sessions in Adelaide, and a different starting procedure, featuring five red lights rather than the red to green. Scuderia Ferrari switched to a V10 engine, the first Ferrari grand prix car without a V12 since 1965, depriving Melbourne of the unique sound of the V12.

Also, electronic turn-stills at the entry to the paddock that first appeared at the 1996 Australian Grand Prix emphasised the closed shop the area had become to fans, highlighting the difference from the openness of the Adelaide era to the sport’s increased isolationism into the Melbourne era.

“When we first came to Adelaide, Australian motorsport was still like it was in Europe in the 1960s and 1970s,” explains Italian mechanic Carlo Lunetta, who worked for the likes of Scuderia Ferrari and eventually moved to Adelaide.

“Then it moved into a new phase when it moved to Melbourne, more like it is now in Europe, so you don’t see in Melbourne what you used to in Adelaide. The teams don’t have the opportunity to socialise like we used to.

“Adelaide worked from the heart, where Melbourne worked like a business.”