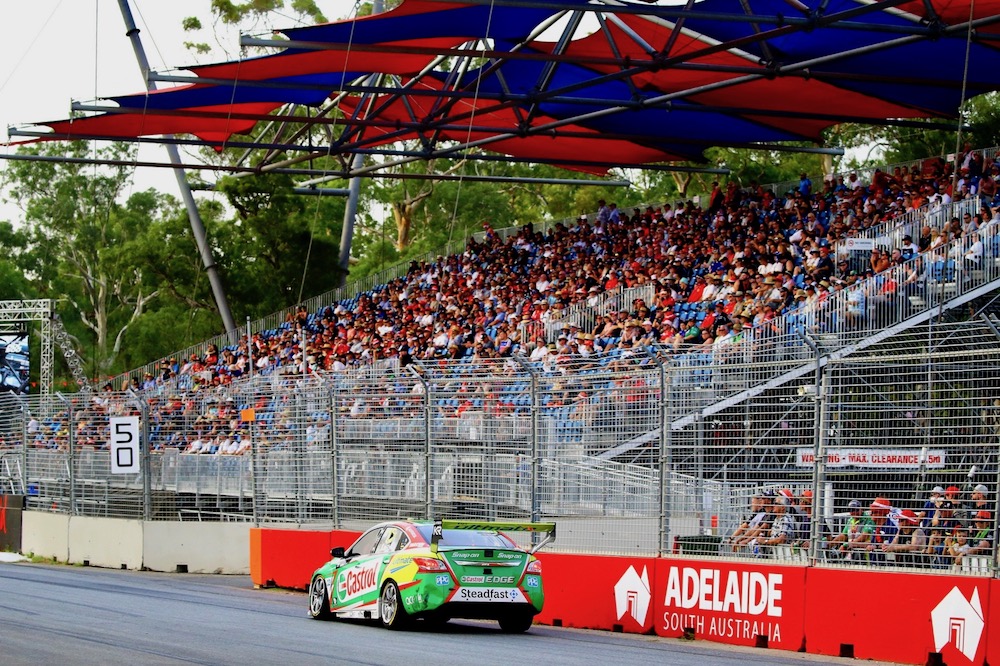 The Superloop Adelaide 500 will once again open the Virgin Australia Supercars Championship season with the date confirmed for 2020.

The 2020 Superloop Adelaide 500 will take place from February 20 to 23, a week earlier than the date of recent years.

The 2020 Superloop Adelaide 500 will be the 22nd running of the event that debuted in 1999, on a shortened version of the circuit that hosted the Adelaide Grand Prix.

The move to a week earlier means the event will avoid a clash with the start of the Adelaide Festival, though it will once again run concurrently with the Adelaide Fringe.

“The Superloop Adelaide 500 is a world-class motorsport event which has injected more than $600 million into the state’s economy since its inception, created more than 400 full-time jobs and regularly attracts crowds of more than 250,000 visitors a year,” said Minister for Trade, Tourism and Investment, David Ridgway.

“Securing the season opener is a real coup for the state and reaffirms our reputation for delivering exceptional events.

“We look forward to attracting the attention of the country’s motorsport enthusiasts and, once again, stage an event which sees flow-on benefits for the city’s hotels, bars, restaurants and retailers.”

Supercars CEO Sean Seamer said the series is excited to again open the season in Adelaide.

“As one of the country’s largest and most successful major events, the Superloop Adelaide 500 is one of the standouts of our racing season each year, particularly its longstanding identity as the season-opener,” said Seamer.

“The incredible range of entertainment on and off track as part of a month of festivities in Adelaide sets it apart as a great celebration for the city.”