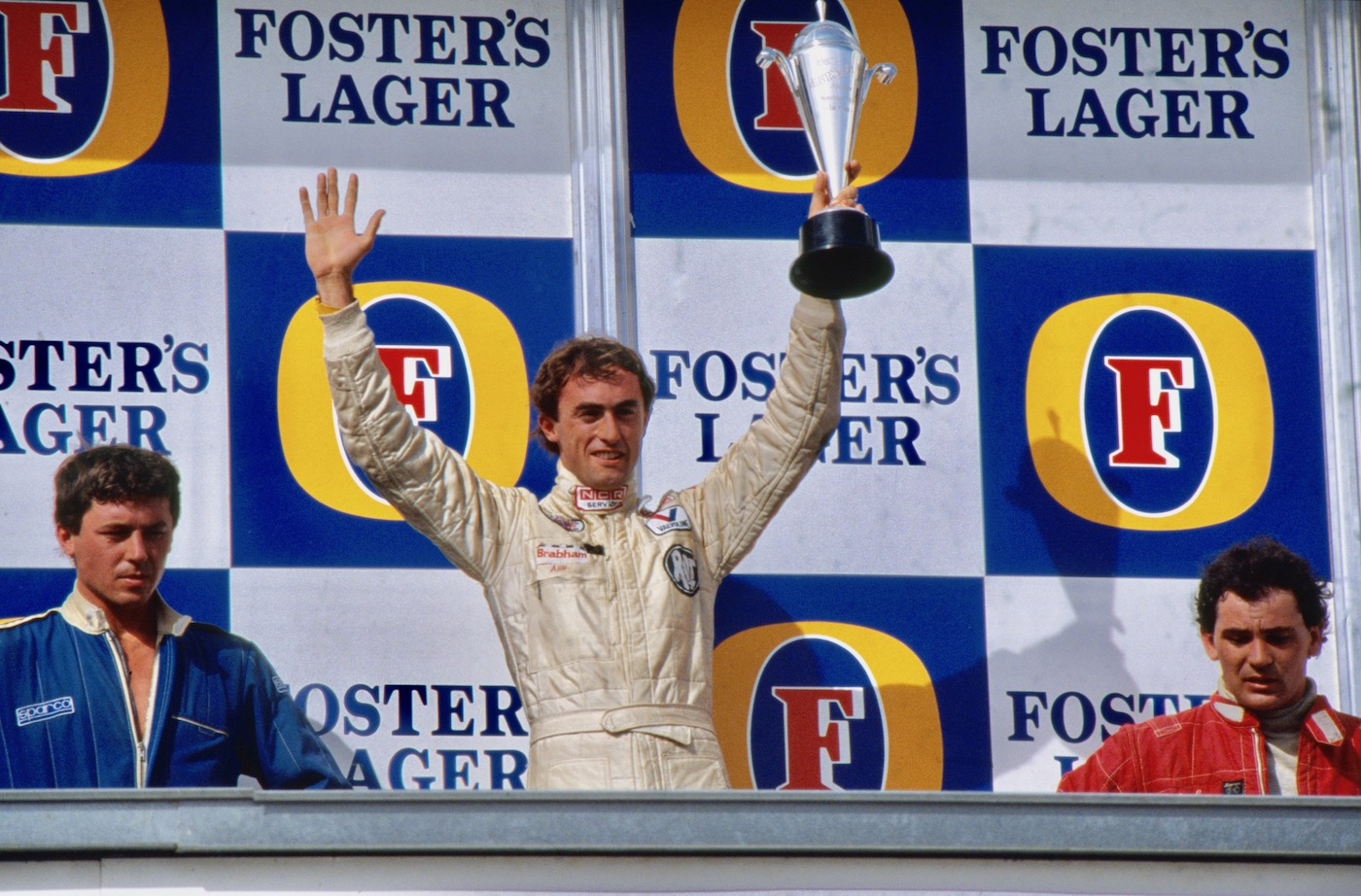 David Brabham produced one of the greatest performances in a support race at the Adelaide Grand Prix in 1987.

The Formula 2 race in Adelaide would crown the Australian Drivers’ Championship winner, with 38 entrants for what was called the ‘Australia Cup for the 1987 CAMS Gold Star’.

At the back of the grid was 22-year-old David Brabham, son of three-time Formula 1 world champion Jack Brabham, in his third year of racing open-wheelers.

The second-generation racer failed to set a timed lap in qualifying due to mechanical issues, leaving him little hope of challenging in the 15-lap race. Yet, in what he remembers as the race that stands out the most from his career, Brabham charged through the field and took the lead with two laps remaining, taking the win with a 1.7-second margin.

“I remember everything about that race!” says Brabham, describing how a falling out with his father drove him to victory on that day.

“A lot of my motivation heading into that race was being pissed off at my old man leading up to the race. We hadn’t really spoken for a few months leading up to it.

“Dad was at the event so before the race I tried to bridge the gap between us. He was wearing a Formula 1 pass around his neck and I said, ‘You better get me one of those for when I’m in Formula 1’. He said, ‘The days of you ever getting into Formula 1 are finished’.

“He said that because my girlfriend was pregnant and that’s why we fell-out. When he said that to me I just had this inner rage inside me and I told him to f-off.

“When I got in the car I still had that steam coming out of my ears, but I controlled it. It gave me that extra bit of motivation that taught me so much about the mindset of getting into a race car.

“There was a gift in it as coming from the back of the grid I took every gap possible and eventually won. It was great for my career as it was in front of the Formula 1 community.

“During the race, Dad grabbed Ken Tyrrell and Jackie Stewart and told them to watch me coming through. That gave me the momentum to get to Europe and on the path to Formula 1. Dad didn’t say much after the race but he did have a grin on his face!”

Three years later, Brabham became the second Australian to race in the Adelaide Grand Prix. Fittingly, he was racing for Brabham, the team founded by his father.