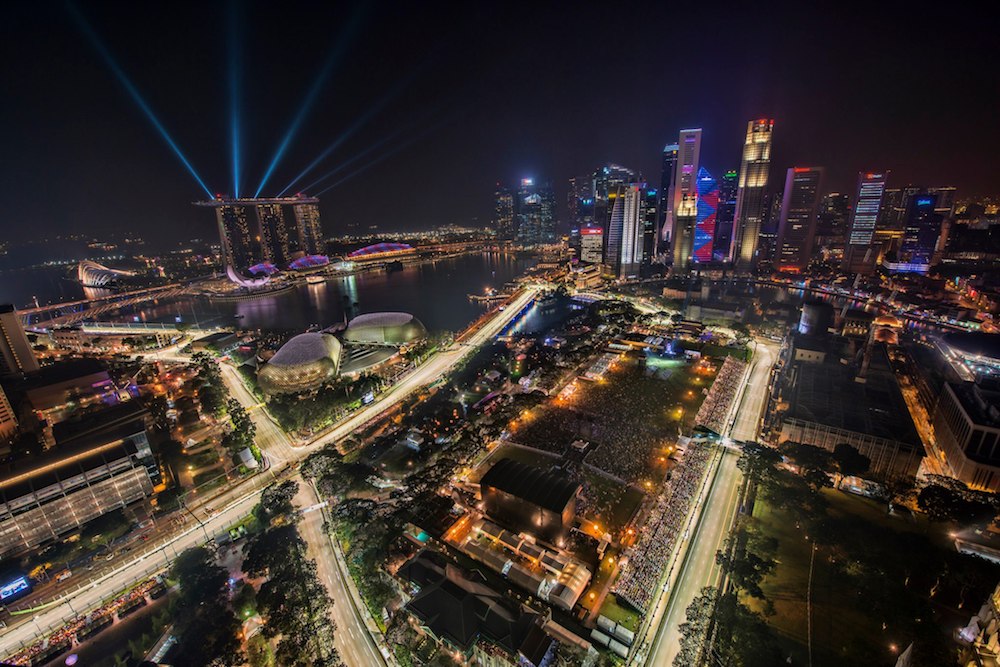 The Formula 1 season concluded with its only regular Asian events in Japan and Adelaide in the second half of the 1980s and the first half of the 1990s. Now, as the schedule expands, the number of events in Asia has multiplied.

Japan hosted two events in 1994 and 1995 with the addition of the Pacific Grand Prix. Though it was the Australian Grand Prix’s move from the end to the start of the season in its switch from Adelaide to Melbourne that helped pave the way for more Asian events.

With Melbourne at the start of the season and Japan at the end, Formula 1 could add events in the Asian region with two visits to that part of the world at either end of the calendar.

Malaysia was the first new addition in 1999, initially pairing up with Japan at the tail-end of the calendar before moving to alongside Melbourne at the front-end.

Bahrain and China debuted in 2004, bolstering both Asian swings, while Singapore (pictured above) and Abu Dhabi have become mainstays in the latter stages of the schedule.

The 2020 Formula 1 calendar features an unprecedented 22 events with the addition of another Asian race in Vietnam, on a 5.57km circuit in Hanoi.

*Turkey and Azerbaijan are transcontinental countries, across Asia and Europe.