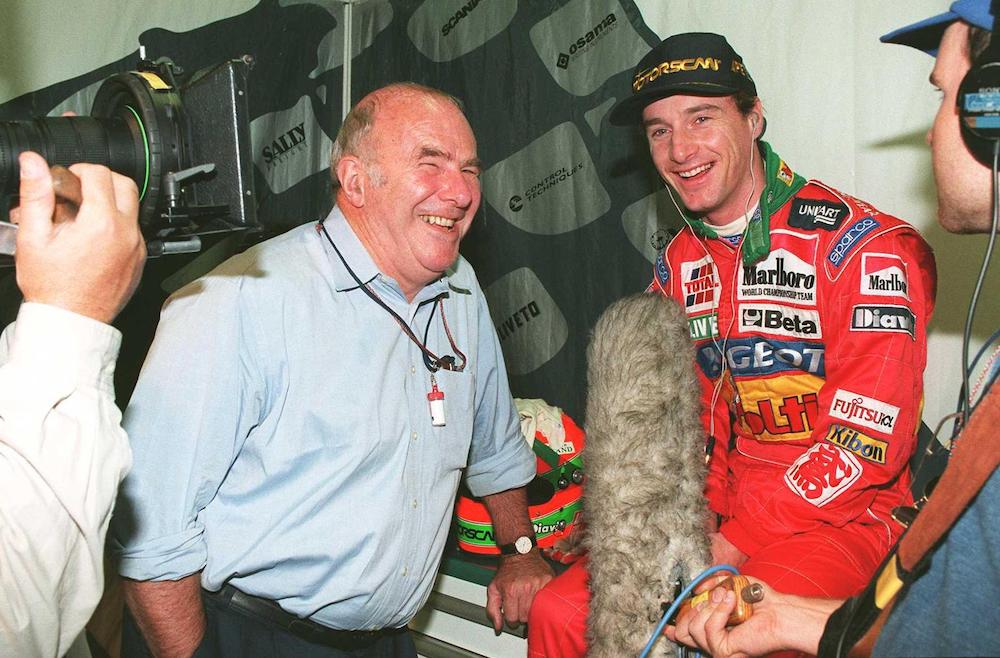 Writer and broadcaster Clive James was one of Australia’s most acclaimed exports, born in Sydney but living in the United Kingdom from 1961 until his passing in 2019 aged 80.

“The ‘Kid from Kogarah’, a prolific wordsmith with an acerbic intellect, colossal vocabulary and passion for poetry, always retained a fondness for his Australian heritage, despite five decades of British residency,” wrote the ABC.

James was a well-known motorsport fan, presenting and narrating the 1982, 1984 and 1986 official Formula 1 season review videos in addition to a number of documentaries and specials around the sport.

This included ‘The Clive James Grand Prix Show’, a behind-the-scenes documentary of the final Adelaide Grand Prix in 1995 that aired in 1996.

It provides a fascinating snapshot of the event, including a tense joint interview with rivals Michael Schumacher and Damon Hill, the paddock reaction to Mika Häkkinen’s near-fatal accident and a driver’s view of the weekend with Eddie Irvine (pictured above).