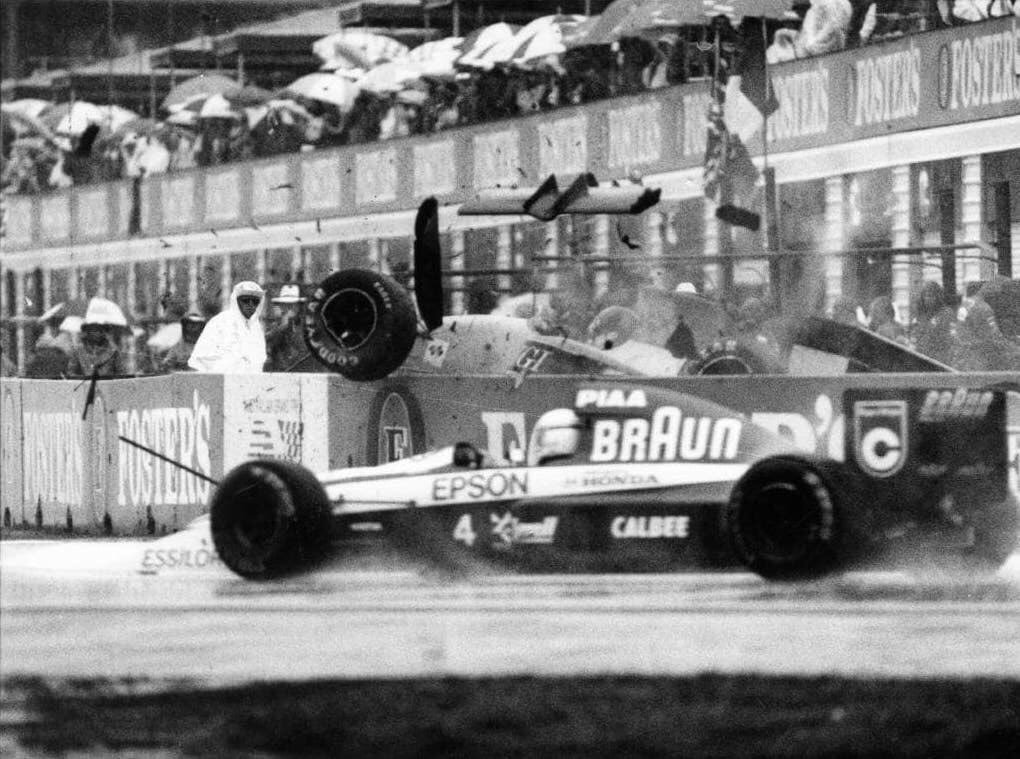 The 1991 Adelaide Grand Prix, the shortest race in Formula 1 history, had a near tragedy in its closing stages.

In heavy rain and with crashed cars strewn across the circuit, Maurício Gugelmin lost control of his Leyton House while attempting to pass the Tyrrell of Stefano Modena on the sweeper approaching the final hairpin on lap 14.

Gugelmin careered into the pitlane and hit the wall so hard that the car launched into the air to such a degree that the Brazilian thought he would go over it.

Debris from the incident struck two marshals, Deborah Domain and David King. Domain suffered bruising after being hit by Gugelmin’s wheel, while King injured his elbow from contact with the front wing.

The television cameras missed the accident, with only one black-and-white image (above) shot by an Associated Press photographer.

The accident happened as leader Ayrton Senna was waving furiously for officials to stop the race, which they did when second-place runner Nigel Mansell crashed and needed medical attention.

It marked the last race for the Leyton House name in Formula 1, with the team reverting to March for what would be its last season in 1992.

Gugelmin moved to the Jordan team for 1992, making his 74th and final start in Formula 1 at that season’s Adelaide Grand Prix.