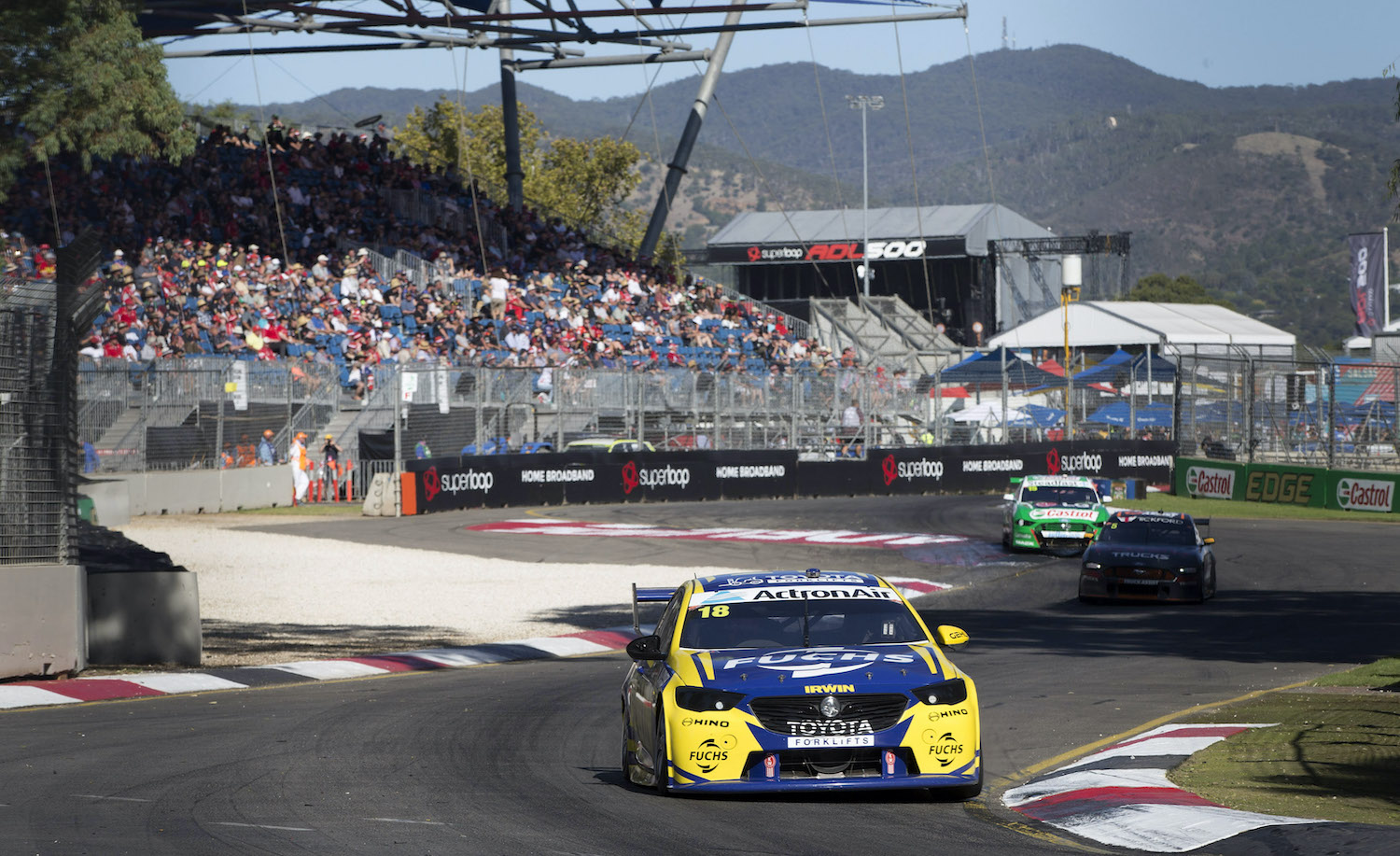 The Adelaide 500 has been held for a final time with the planned event for 2021 cancelled and event organisers confirming they won’t seek a new contract for the coming years.

The South Australian Tourism Commission (SATC) confirmed the event that debuted in 1999, running on a shortened version of the circuit that hosted the Australian Grand Prix (Adelaide Grand Prix) from 1985 to 1995, won’t return in 2021 and beyond.

The Adelaide 500 was set to switch from the start of the Supercars season to the end in 2021, moving out of the crowded ‘Mad March’ calendar of events, and replicating the Adelaide Grand Prix as host of the championship decider.

“South Australia is one of the premiere event locations in the nation and globe, and we will continue to invest in a range of sporting, cultural and arts events to stimulate the visitor economy,” says SATC chief executive Rodney Harrex.

“Due to the high level of uncertainty around the ability of the event to proceed in 2021, the likely impact on the event for both the consumer and commercial market, and the long-term decline in the core motorsport fan, a decision has been made that it will not be possible to hold the race next year, and to not seek a contract for future years.

“We have been in discussions with Supercars for the majority of this year, working through possible scenarios. At the end of the day, with the current set of circumstances we are not in a position to deliver a sustainable, successful future for the event for next year and beyond.

“This was not an easy decision to make. The Superloop Adelaide 500 has been part of our event landscape since 1999.

“We have a terrific world-class motor racing facility at The Bend. We are very fortunate to have had significant private investment in that circuit, and we already know the motoring faithful are keen to support ongoing races there.”

The 2020 event went ahead before the COVID-19 pandemic hit Australia, though it recorded the lowest-ever attendance over four days in Adelaide 500 history. Click here for our column on the factors for the decline.

“We want to thank the thousands of loyal fans, staff, officials, volunteers and suppliers who have worked on this event over the journey,” adds SATC chair Andrew Bullock.

“We also want to thank all the commercial partners and businesses who have supported the event, including naming rights partner Superloop.

“We are committed to delivering world-class events and driving the visitor economy back to its record pre-COVID value of $8.1 billion.”

The Adelaide 500 funds will be repurposed to secure and support a mix of ongoing and one-off events in South Australia.

Supercars has left the door open for the Adelaide 500 to return, in a short statement released following the news, with The Bend Motorsport Park set to host South Australia’s only round on the schedule from 2021.

“If at any time in the future, the South Australian government decides to recommence the Adelaide 500, Supercars would be delighted to be there,” says the statement.

“The South Australian government has communicated its decision to no longer conduct the Adelaide 500.

“Supercars have enjoyed racing at this event since 1999. We regret that the South Australian Government has decided to cease holding this event.

“Supercars are looking forward to providing our fans with an exciting 2021 championship across Australia and New Zealand.