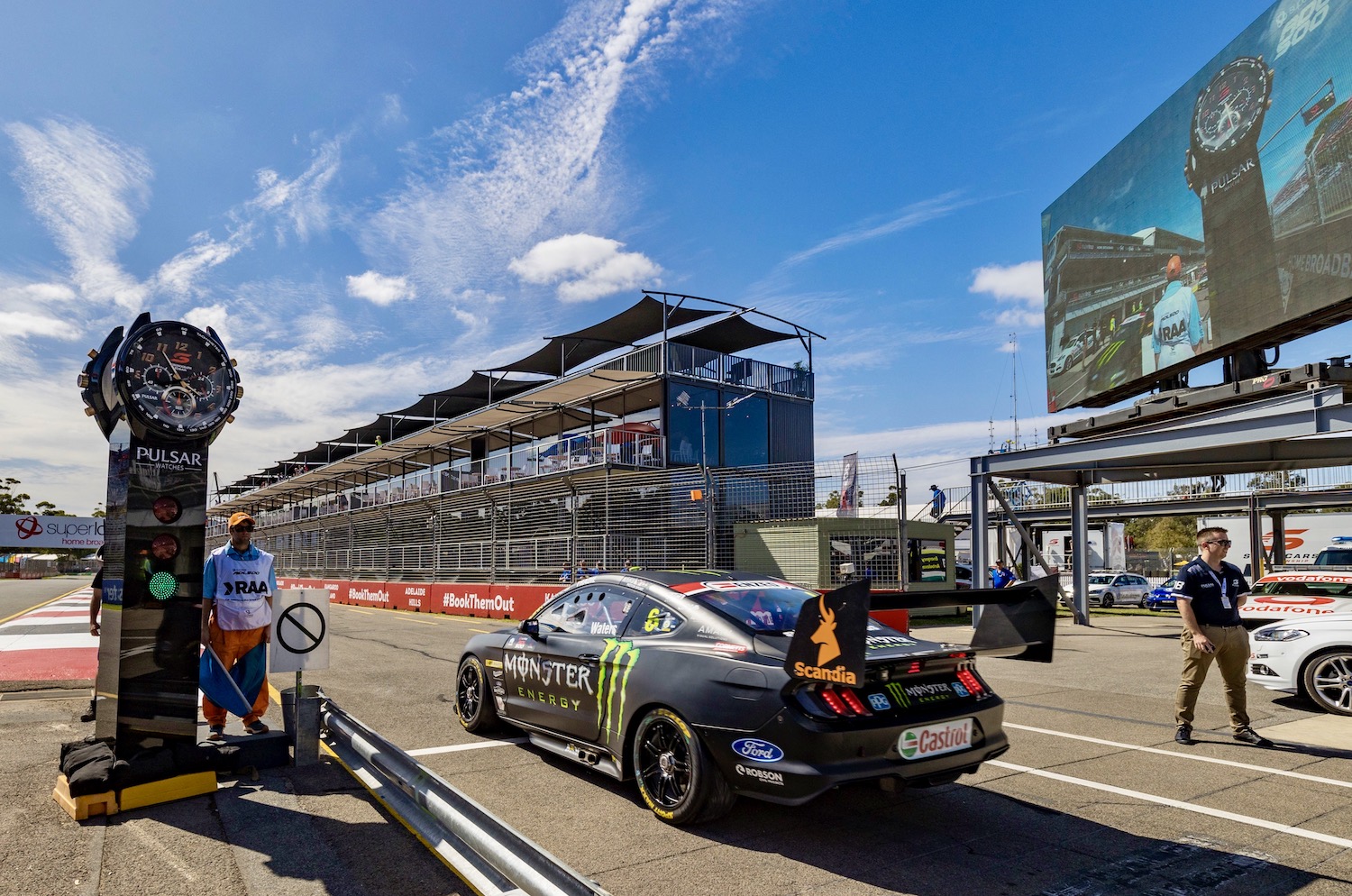 Thirty-five years to the week that the Adelaide Street Circuit hosted the Australian Grand Prix for the first time, the parklands-based track seems consigned to history with the decision to axe the Adelaide 500.

The downward spiral dates back to the decision in 2015 to disband the SA Motorsport Board and bring the Adelaide 500 organisation within the control of the government’s own events and tourism departments, moving away from the organising structure that dated back to the first Adelaide Grand Prix in 1985.

As we wrote in February 2020, following the worst four-day attendance figure in the event’s history: “The government failed to understand the vital role the boards played in the success of the motorsport events. The motorsport knowledge and event expertise accumulated since the grand prix days was mostly lost, replaced by departments who didn’t understand what they were dealing with while being spread too thin across multiple events.”

Instead of bringing a new generation into the SA Motorsport Board, one that grew up with the grand prix and represent a significant South Australian contingent within Australian motorsport, a non-motorsport entity took over the running of the event.

Those involved in the Adelaide 500 have seen firsthand the direct result of that change, which is responsible for the diminished stature of the event and decreasing crowd numbers.

With the running of the event left to the tourism commission, the Adelaide 500 was even more lost in the city’s gaggle of events in ‘Mad March’. We also wrote the following in February 2020:

“With the government having such a hands-on role in the running of the Adelaide 500, its persistence in running it alongside the Adelaide Fringe and in previous years Festival arts events is puzzling and must also be factored in when examining the decline in crowds. While the government can boast of booked-out hotels and the party vibe of what’s described as ‘Mad March’ (more so February), it has set itself up to have one of its events isolated and squeezed out by the other.

“The recent change in location of the Adelaide 500 concert stage from the ovals in between Bartels Road and Wakefield Road to Victoria Park further shifts the event crowd away from the city centre. Now, the concert crowds mainly leave the precinct at Fullarton Road, rather than heading into the east-end of the city. Supercars teams and personnel who once joined the festivities post-race will instead fly out of Adelaide on the Sunday night, in order to reduce the number of nights they have to stay in high-cost accommodation often booked out by Fringe performers.

“The Adelaide 500 is, therefore, no longer creating the city-based carnival atmosphere it once did as the Adelaide Grand Prix’s offspring. It’s now the Fringe and Festival that dominate the east-end and have the biggest visible presence around the city, meaning the Adelaide 500 is seen as the unpopular and noisy neighbour by many.

“While the Adelaide 500 once led the party in the city on that weekend, it’s now contained within the precinct with the fans that do leave attending Fringe locations and Fringe-inspired events instead. This may suit the government, considering these events are all within their realm, but it leaves the Adelaide 500 little room to spread its wings as the Adelaide Grand Prix did in inspiring offshoot activities.

“The date clashes and precinct proximity have led to some embarrassing incidents, most notably in 2012 when noise from a night race at the Adelaide 500 could be heard at an outdoor concert for the Adelaide Festival across town. Then premier Jay Weatherill called race organisers and demanded they stop the race, fearing the concert by world-renowned composer Ennio Morricone was being drowned out by the cars.

“The government has for too long assumed that the number of fans that have always turned out for the Adelaide 500 will be enough for the event to continue to thrive. But as the rusted-on motorsport fans diminish in numbers, the Adelaide 500 desperately needs to attract casual fans to replace them to maintain its marquee status. However, with such direct opposition on at the same time in such close proximity and, arguably, offering better value for money, the event has no hope of bringing in this much-needed injection of people.

“The Adelaide 500 organisers should be applauded for recent innovations such as the ‘Tracks of the World’ sections, hang-out spots themed around iconic international motorsport circuits. Such spots help diversify what’s on within the track and can attract non-motorsport fans to the event. Yet when they can go to the Fringe gardens for a similar experience free of charge within the city on the same weekend, they are less likely to pay to attend at the Adelaide 500.

“Government-run events of this size cannot continue to compete with one another, not when economic hardships mean people have less disposable income. By having them on at the same time, one will inevitably suffer at the expense of the other. They need to be given their own free space to dominate in a city the size of Adelaide.

“A case in point was in 2017, when the Adelaide 500 bucked with a tradition that dates back to the early years of the Adelaide Grand Prix and didn’t schedule a Sunday night concert, with the Adelaide Festival opening concert featuring Paul Kelly and Neil Finn on that same night. Organisers hoped the Adelaide 500 crowd would go that concert instead, on the other side of the city. The result was a 13-year low Adelaide 500 event crowd and 16-year low Sunday crowd.

“Then sport minister Leon Bignell said the government thought ‘it would be crazy to have two free concerts on the one night’, ignoring the fact that it persists with staging two major events in such close proximity at the same time.”

While organisers claimed “the long-term decline in the core motorsport fan” was a contributing factor in the decision, its own stubbornness in pitting the Adelaide 500 against the growing and widespread arts festivals left the event with no hope of branching out and redefining itself to attract the non-motorsport audience it needed.

It was obvious to all involved that the older demographic that attended the event and supported motorsport wasn’t being replaced in adequate numbers, particularly in Adelaide following the demise of Holden and the inability to replace the ties that once bound the local community to the event.

Failing to execute the proposed switch from the start to the end of the Supercars season in October/November in 2021 is a missed opportunity to reset away from ‘Mad March’, give the Adelaide 500 a chance to exist in its own space as the main show in town and mimic the Adelaide Grand Prix in hosting the championship-ending round.

While the COVID-19 pandemic has forced a reassessment in the delivery of major events, using it as an excuse for the event’s axing is puzzling. Australian sporting events have seen an increase in spectators allowed, with that allowance likely to have returned to a sustainable number by the proposed event date in October/November 2021. There wasn’t even a consultation with health authorities, suggesting COVID-19 wasn’t the underlying concern.

If the Adelaide 500 was as “unviable” as the governments states, then it seems to defy its own report of a record economic benefit of $45.9 million into the local economy, 15,200 interstate visitors and the creation of 435 full-time equivalent jobs from the 2019 event. When domestic travel across Australia increases given the restrictions on overseas travel, cancelling an event of this appeal to potential interstate visitors appears short-sighted.

However, the writing seemed on the wall irrespective of the tourism commission’s running of the event. Once The Bend Motorsport Park was up and running in 2018, it became easier for the government to opt out of the Adelaide 500 and concentrate motorsport activity at the facility at Tailem Bend. The decision in May 2019 to pull a relatively minimal amount of funding from the Adelaide Motorsport Festival’s Victoria Park Sprint suggested that motorsport was on the outs within South Australian political circles.

There were also the obvious struggles that Supercars was facing in the wake of Ford and Holden ending local manufacturing and the retirement of the latter. Even if the numbers for the Adelaide 500 seemed to justify the event, there were question marks over the long-term sustainability of a category in terms of the cars they will race into the future and their relevance to audiences.

The days of city-based street circuit events seem numbered, heaping more pressure on the category to cover costs with diminishing crowds, television audiences and sponsorship dollars. But the Adelaide 500 had enough of an identity as more than just a motorsport event to adapt around these challenges, had it not been for the recent lack of direction.

The only alternative is a Formula E event, but Premier Steven Marshall declared it “very unlikely” despite the government and Adelaide City Council investing in preparing a business case for such an event.

It means that the Adelaide Street Circuit event has likely hosted a motorsport event for the final time, ending a 35-year period which saw it host the Australian Grand Prix 11 times between 1985 and 1995, the Adelaide 500 22 times between 1999 and 2020 and the American Le Mans Series once in 2000. Rather than celebrating the 35th anniversary of the circuit, South Australians are facing the loss of yet another motorsport event at the hands of its own government’s mismanagement.