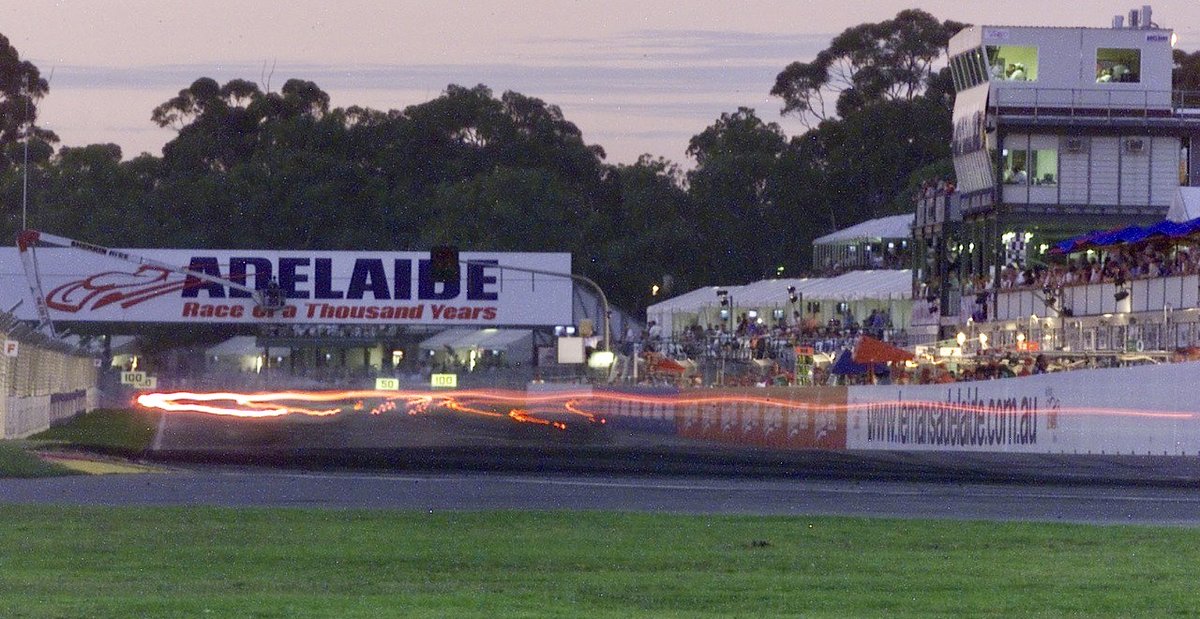 The Adelaide Street Circuit will be remembered as host of the Adelaide Grand Prix and Adelaide 500 over a 35-year period between 1985 and 2020. But there was a third motorsport event held in the middle of that timeframe, often forgotten by non-motorsport diehards, and considered an anomaly in the history of the street circuit.

The success of V8 Supercars’ Adelaide 500 on a shortened version of the Adelaide Grand Prix circuit in 1999 saw motorsport categories from overseas evaluating the Adelaide Street Circuit.

American entrepreneur Don Panoz had founded the American Le Mans Series (ALMS) in 1999, to bring European-style endurance sportscar racing to North America and into Asia with the Asian Le Mans Series. Adelaide would be the grand finale for entrants from the various continental championships.

International sportscar events had faulted in Australia, with Sandown in Melbourne hosting the World Endurance Championship in 1984 and 1988. The ALMS promised to revitalise sportscar racing with a foothold in Asia-Pacific.

“I wanted to do my next race in Adelaide,” said Panoz, who signed a 10-year deal with the South Australian government to stage an ALMS event in Adelaide.

“If there’s a capital of motorsport in Australia, it’s Adelaide. In racing circles, everybody says the best Formula 1 race was always Adelaide.”

Like with Formula 1, Australia would be a good stepping stone into Asia with Adelaide a logical option for a marquee street-circuit event. Panoz would organise and promote the event with the South Australian Motorsport Board charged with the circuit construction, on the original grand prix circuit, as opposed to the Adelaide 500 layout.

The first race was held on New Year’s Eve on the 31st of December 2000; called the ‘Race of a Thousand Years’ given the millennium celebrations. The international nature of the event would provide a point of difference from the Adelaide 500, which proved to be an important selling point to the South Australian government still trying to fill the tourist void left by the grand prix. Panoz had even planned to build a new sportscar of his Panoz brand, the ‘Adelaide’, in South Australia, to commemorate the union.

“It was an anomaly and it didn’t really fit,” said Andrew Daniels, former head of the Adelaide 500 who led the construction of the circuit for the South Australian Motorsport Board, on the ‘Race of a Thousand Years’.

“As a category it sounded better than it was. Part of the pitch that was put to the government was that it was going to be bigger than Formula 1, which was old, tired, expensive and boring; that manufacturers were going to leave for sportscars that featured real race-effective cars. The international aspect was a big selling point to the government.”

The 25-car grid reflected the internationalism of the event with 19 nationalities represented, including Australian David Brabham, who first suggested Adelaide as a host to Panoz, driving Panoz’s own LMP07 sportscar.

Other drivers who raced in the Adelaide Grand Prix and were part of the ‘Race of a Thousand Years’ included Éric Bernard, Emanuele Pirro, Domenico Schiattarella and Karl Wendlinger, while the likes of Michele Alboreto, Jean Alesi, J.J. Lehto, Tom Kristensen, Craig Lowndes and Mario and Michael Andretti were linked with drives that didn’t eventuate.

With the 2001 Adelaide 500 locked in for April, the South Australian Motorsport Board would have to host two events in the space of four months, doubling the disruption to local residents. With the ‘Race of a Thousand Years’ using the grand prix circuit layout, there were even more road closures.

“Building the track on New Years’ Eve was an absolute nightmare because we were out there shutting the roads on Christmas Eve, working through Christmas and Boxing Day and we really felt that no one gave a rats about us,” said Daniels.

“So it certainly made it very difficult for us. It was disruptive to a lot of my team. They were being told to do something that they didn’t really want to do.”

The event went off without a hitch, attracting a weekend crowd of 135,000 fans, less than the inaugural Adelaide 500, with 76,000 attending on race day. The Audi R8 of Allan McNish and Rinaldo Capello won the race, with McNish overcoming a back injury and a crash in the warm-up session for Capello to secure the 2000 American Le Mans Series title.

The race stopped short because of time constraints with 850 of the scheduled 1000 kilometres run, two hours before midnight for the concerts and New Year’s celebrations.

But the event didn’t survive, despite a December date set for 2001. The South Australian government ended the contract in February 2001, just after a visit by Panoz, with the justification being concerns over costs and doubling up on motorsport events in Victoria Park.

“There was a lot of politics behind the scenes and a lot of promises that weren’t kept,” reflected Brabham.

“It was really unfortunate because it was a great event with a Formula 1 vibe; all the teams and drivers loved it when they went there and it seems like it had legs.

“Like a lot of those new ventures it needed time to grow and it had potential based on that event. Everybody in the paddock was upset we weren’t going back, especially me as it was the only Australian round.

“There was a lot pressure on the money being spent on the event and the same-old questions of people asking why it was being spent here but not there. Politics got involved and the legal issues took over.”

A proposal to race the ALMS elsewhere in Australia, including on a street circuit around the Sydney Olympic Park precinct eight years before V8 Supercars did so, fell through. The Asian Le Mans Series failed to materialise, with the American Le Mans Series struggling to gain significant traction, eventually merging with other American-based sportscar series in 2013.

“It’s debatable as to how big that event actually was,” said Daniels on the ALMS in Adelaide.

“Would it have worked again? No. Olsen twigged this was not going to work and he made the decision that he had to make.”

Infrastructure was reduced or moved in certain sections in preparation for the Adelaide 500 four months later. As expected, the two events split the market in terms of ticket sales and corporate backing.

V8 Supercars’ Tony Cochrane wasn’t in favour of Adelaide hosting another race so close to the Adelaide 500, knowing his event couldn’t compete with the international traction of its rival. With Olsen a close ally of Cochrane, there was some pressure on the South Australian government to pick one or the other.

It was a case of, according to Daniels, one “getting in early to knockout the competition before the other was established”.

The South Australian Motorsport Board could focus on the Adelaide 500 exclusively from 2001, putting aside the anomaly of the ‘Race of a Thousand Years’. With its demise, though, the full grand prix circuit would never be raced on again. And an international motorsport event would never return to the Adelaide Street Circuit.

Comparison of the fastest lap times between the Adelaide Grand Prix and the ‘Race of a Thousand Years’: