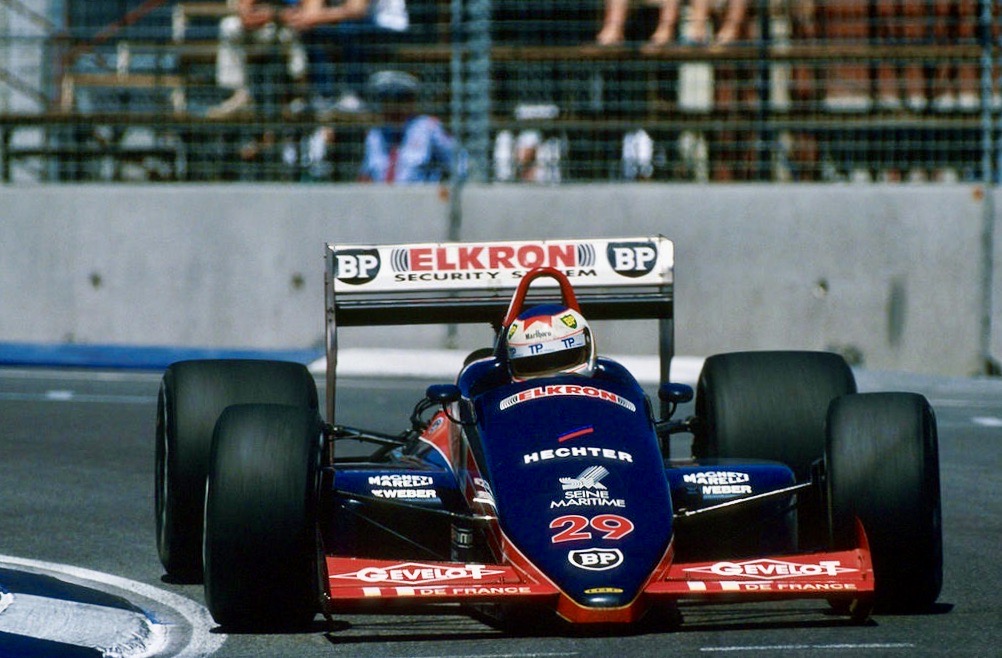 There have been 16 occasions in Formula 1 history when a driver who finished in the points was ineligible to actually score points. The last time that happened was at the Adelaide Grand Prix in 1987.

There were various reasons for the points ineligibilities, from sharing a car in the one race to entering a Formula 2 car in a Formula 1 race to, as was the case in Adelaide, the team not submitting an entry for a second car for that season.

Larrousse made its Formula 1 debut in 1987 with just the one entry, a Lola LC87 Ford Cosworth V8 for Philippe Alliot. The French team added a second entry for Yannick Dalmas in the final three races of the season, though it would not be eligible for points, having not entered the car from the start of the championship.

As fate would have it, Dalmas scored the team’s best finish of the season with a fifth place in the Adelaide Grand Prix. However, the two points usually earned for the position weren’t awarded to the team or driver.

Larrousse entered two cars from 1988 to its final race in Adelaide in 1994. The team, remembered for its colourful liveries, scored 23 points from 127 races entered with its best season in 1990 netting 11 points, sixth in the constructors’ championship and a podium for Aguri Suzuki in Japan.

Single-car teams were a common occurrence in the early years of the Adelaide Grand Prix, though were soon phased out as the professionalism of the championship and more stringent contractual obligations made two cars mandatory.

The last time a team entered a single car over the course of the season was Coloni and Fondmetal in 1991. Both teams failed to pre-qualify in Adelaide.

The first season for the Adelaide Grand Prix was the last time a team entered three cars in a Formula 1 race. The Renault team fielded a third entry for François Hesnault in the 1985 German Grand Prix, featuring the first onboard camera in a grand prix.