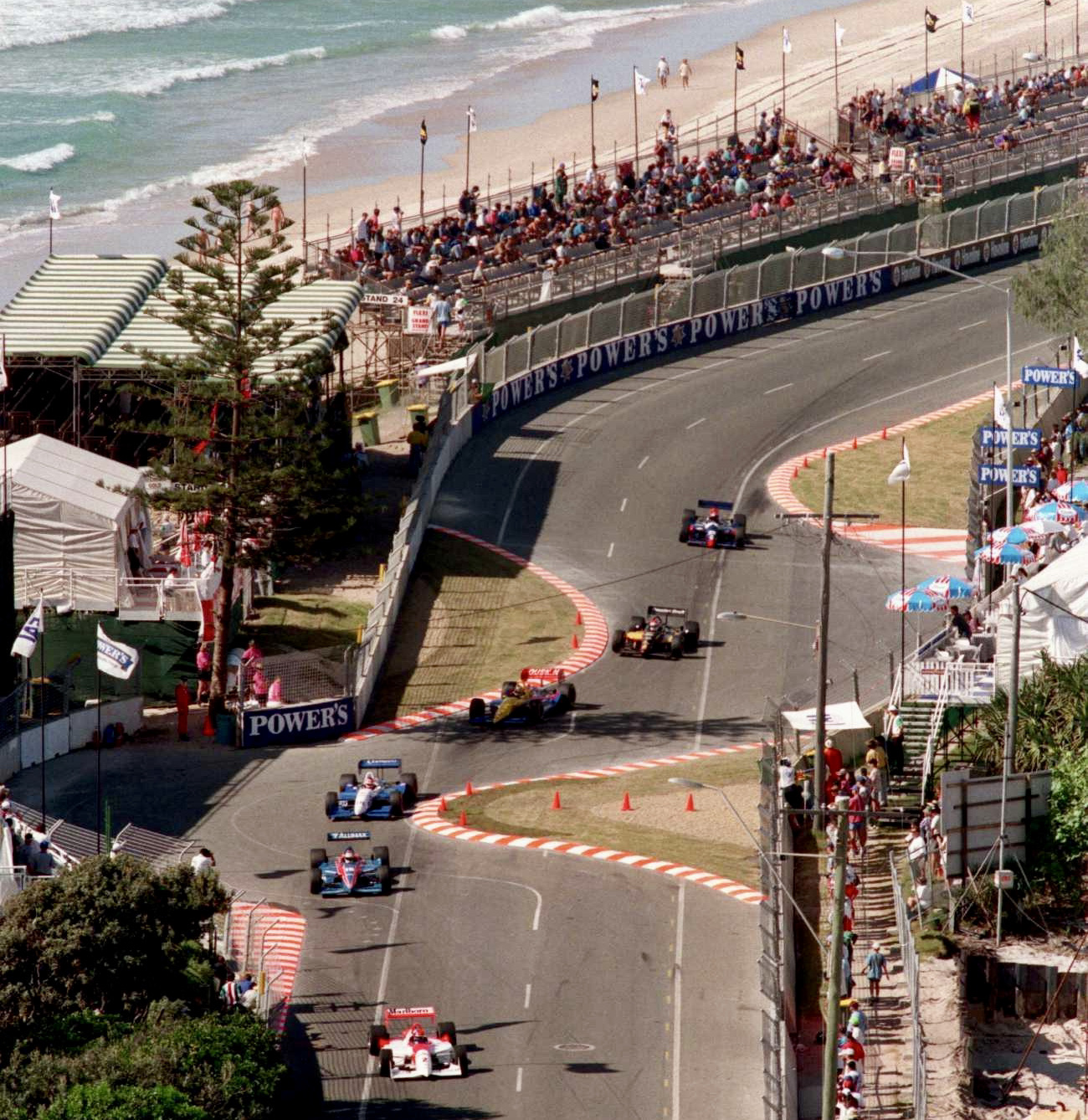 As the Adelaide Grand Prix entered its seventh year, it faced a new challenger within Australia. In March 1991, the streets of Surfers Paradise on the Gold Coast, Queensland, hosted the North American-based IndyCar Series, despite the protestations of Fédération Internationale du Sport Automobile (FISA) and the Australian Grand Prix Office.

While the Gold Coast-based event was inspired and modelled on the Adelaide Grand Prix, the contention was whether IndyCar could host a race outside of North America in accordance with FISA. IndyCar racing was on the rise with its expansion beyond North America challenging Formula 1’s status as the dominant form of open-wheel racing worldwide, something FISA was eager to stop in its tracks.

The 4.47km Gold Coast circuit was designed by Ron Dickson, the president of D3 Motorsport Development, who held the rights for IndyCar outside of North America, with the event backed by a consortium of Queensland business figures, principally Ron Richards and Terry Robertson.

While the Gold Coast event pitched itself as the “fastest street race in the world” and controversially used the term ‘Grand Prix’ in its title, the Adelaide Grand Prix’s new marketing slogan “F1: The Ultimate” was seen as a not-so subtle dig at its new rival.

“While they appeared to be a pretty similar model, their management structure and the way it was funded was entirely different,” he said.

“It was run, essentially, as a private business, supported to a great extend by the state government. But it was clearly an Adelaide template.

“We in Adelaide were doing our bit to inhibit their growth, in a competitive sense. Bernie was certainly furious that one of the team from Adelaide moved up there, but I knew Adelaide’s days were numbered and I was going to be out of a job.”

Jones did return to Adelaide as event manager of the grand prix in 1995, in an agreement between the IndyCar and grand prix offices to both utilise his services.

The 1991 Gold Coast Indy went ahead with a race-day crowd of more than 50,000. The field included Formula 1 world champions Emerson Fittipaldi and Mario Andretti, with the race won by the latter’s nephew, John Andretti. But, despite the expansion into Australia, there was no doubting Formula 1’s continued place at the top of motorsport’s pecking order.

The split between CART/Champ Car World Series and the IRL IndyCar Series in 1996 eventually took its toll on the Gold Coast event. The reunified IndyCar Series chose not to return to the Gold Coast following 2008. A shortened version of the street circuit now hosts Supercars, with the event becoming the season finale in 2021.