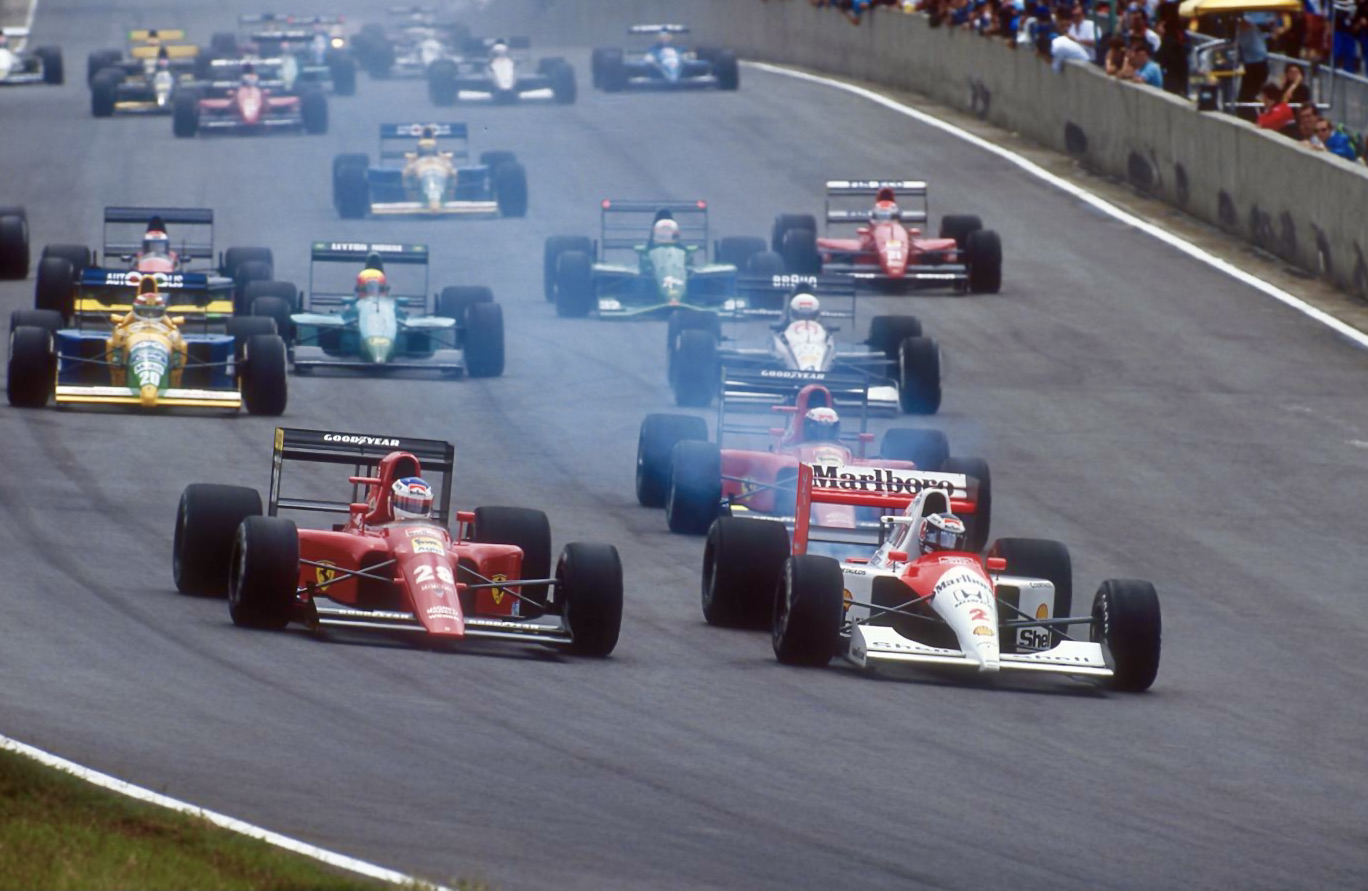 Thirty years ago, a manual gearbox and V12 engine won the Formula 1 world championship for the final time courtesy of Ayrton Senna in his McLaren Honda.

1991: There were 34 entries across 18 teams at the season-opening United States Grand Prix, dropping to 32 entries and 17 teams for the season-ending Adelaide Grand Prix following the demise of the AGS team. Only 26 of those entrants could take part in each race, with a pre-qualifying session needed to cull the grid. There were two single-car teams in Coloni and Fondmetal, the last time a team entered a single car over the course of the season. Only Scuderia Ferrari was a factory-backed car and engine constructor. The Modena team started the season with manufacturer backing in addition to engines supplied by Lamborghini, though it wasn’t branded as Lamborghini with the Italian manufacturer ending its support midway through the season.

2021: There are 20 entries across 10 teams. Car manufacturers Scuderia Ferrari, Alfa Romeo, Aston Martin, Alpine (Renault), McLaren and Mercedes-Benz are represented on the grid, though Alfa Romeo, Aston Martin and McLaren lease their engines from other makes. Three teams remain under the same name from 1991 to 2021: Scuderia Ferrari, McLaren and Williams. Four other teams can trace their lineage back to entrants on the grid in 1991: AlphaTauri (Minardi), Alpine (Benetton), Aston Martin (Jordan) and Mercedes (Tyrrell).

1991: There were 10 engine suppliers across the 18 teams: Cosworth (branded as a Ford), Ferrari, Ford, Honda, Ilmor, Judd, Lamborghini, Porsche, Renault and Yamaha, ranging from normally-aspirated 3.5-litre V8s to V12s. Honda had V12s and V10s on the grid, while Judd supplied V10s and V8s.

2021: There are four power-unit suppliers: AMG Mercedes-Benz, Ferrari, Renault and Honda. The latter withdraws from Formula 1 at the end of 2021, with Red Bull taking over Honda’s engine program at the conclusion of the season. All power units are 1.6-litre turbocharged hybrids.

1991: Forty-one drivers entered a grand prix, representing 11 countries: nine European countries, one from Asia-Pacific and one from South Africa. Eight drivers had won a grand prix by that season, with three former world champions on the grid.

2021: Of the 20 drivers on the grid, 13 countries are represented: nine European countries, two from North America and two from Asia-Pacific. Ten drivers have won a grand prix, with four world champions on the grid.

1991: There were two tyre suppliers in Goodyear and Pirelli. Goodyear supplied the majority of the grid with 14 teams to Pirelli’s four teams.

2021: Pirelli is the control tyre supplier, its 11th consecutive season as the sole supplier in Formula 1.

1991: Sixteen races were held from March to November, starting on the streets of Phoenix in the United States of America and ending in Adelaide. Ten races were held in Europe, three in North America, two in Asia-Pacific and one in South America.

2021: Twenty-three races are scheduled, starting in Bahrain in March and ending in Abu Dhabi in December. Thirteen will be held in Europe, three in Asia-Pacific, three in the Middle East, three in North America and one in South America. Eleven circuits from 1991 are still on the calendar: Barcelona, Hungaroring, Imola, Interlagos, Mexico City, Monaco, Montreal, Monza, Silverstone, Spa-Francorchamps and Suzuka. Four events remain on the calendar but at different circuits: Australian Grand Prix, French Grand Prix, Portuguese Grand Prix and United States Grand Prix.