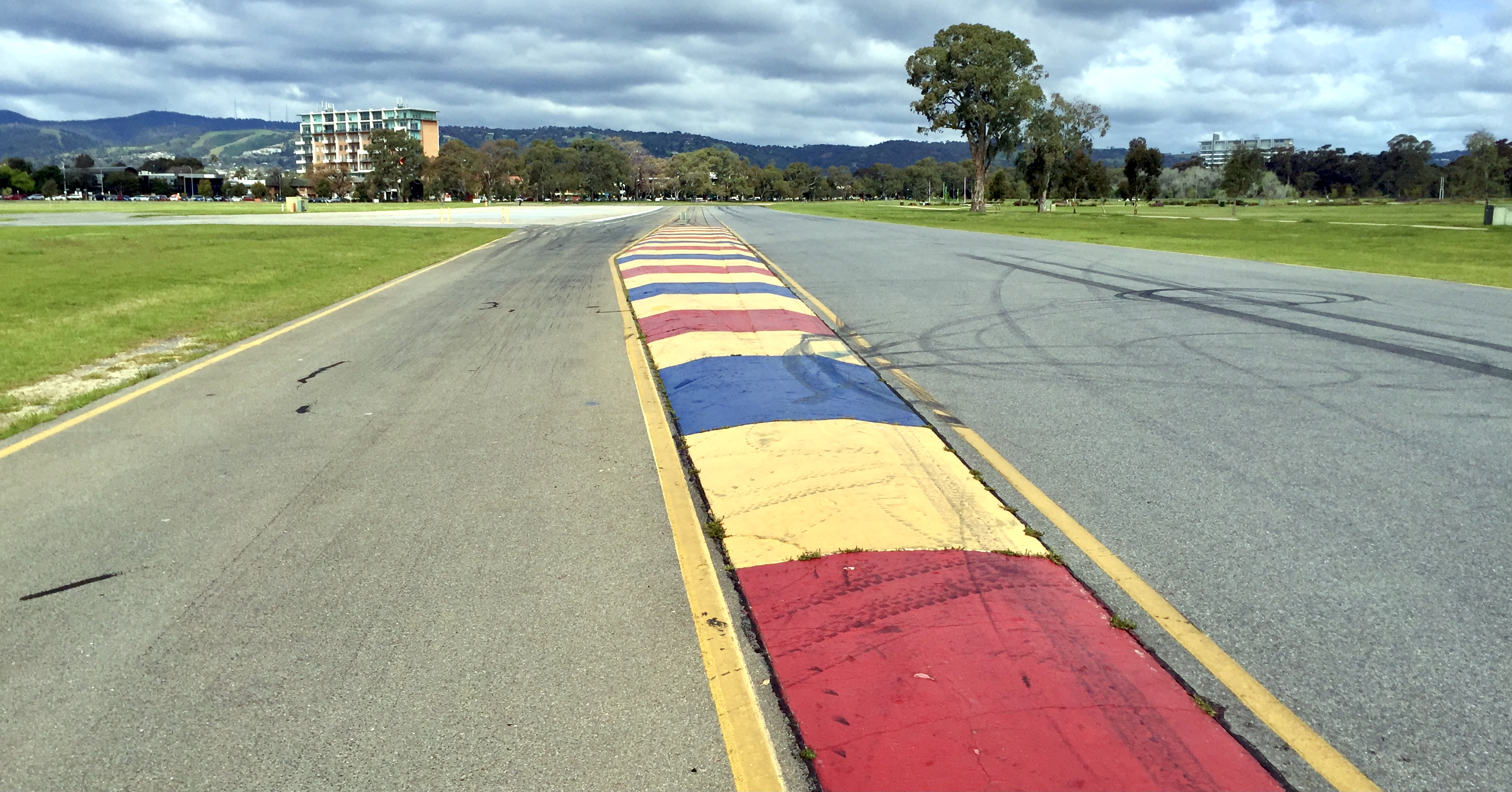 Pre-COVID-19, when international travel was a thing, one of the most common questions asked of this page was by tourists heading to Adelaide wondering how to take in the history of the Australian Grand Prix in the South Australian capital.

Unfortunately, we couldn’t direct them to a specific attraction, display or even a plaque to commemorate Adelaide’s grand prix history between 1985 and 1995. Sure, there’s the fan-initiated memorial to Ayrton Senna in the ground at what was known as the ‘Senna Chicane’ and the handprints of some of the great drivers hanging on walls along Hutt Street. But there’s nothing to even acknowledge the event that those legends took part in.

That’s why the bitumen in the Victoria Park section of the circuit is so important. It’s all that truly exists to link back to not only the Adelaide Grand Prix but also the Adelaide 500 and ‘Race of a Thousand Years’. Calls to dig up some or all of the bitumen within Adelaide’s city council have, therefore, met with such disappointment.

While it’s being seen as an attempt to stop a revival of the Adelaide 500, we should also view it as the latest and perhaps the most blatant attempt to erase the history of the grand prix in Adelaide; a history that’s gone ignored by Adelaide ever since its loss.

We began this project to counter what we thought was the failure to commemorate the history of the Adelaide Grand Prix. And, when we sought support from “the establishment” to help us to do just that, we met with resistance each step of the way. Be it the government, councils, history trusts and publishers, they didn’t want to know about it. One response we had was that the grand prix was a negative failure given its loss, rather than what we believe they should commemorate as a positive success given a city the size of Adelaide got it in the first place and made such a success of it.

Adelaide doesn’t seem to have moved on from the loss of the event, when the reality is it would never be a long-term host. Adelaide defied expectations in getting the grand prix over Melbourne and Sydney. And as Formula 1 grew with races in new markets around the world, the cost of hosting an event increased exponentially. So, if a city like Melbourne, four times the size of Adelaide, now struggles to justify the cost of a grand prix, Adelaide would have had no chance to make it work.

This is the mindset that needs to change: we aren’t getting the grand prix back, and even the Adelaide 500 would’ve been a harder sell as Supercars loses relevance following the demise of car manufacturing in Australia. Instead, we need to be commemorating. And that should include what remains of Victoria Park.

There’s been an obvious attempt by successive governments to not only get motorsport out of Adelaide but also erase it from history. Putting aside failing to keep the grand prix and support the ‘Race of a Thousand Years’ beyond one year, in more recent times there was the decision to disband the SA Motorsport Board; the inability to give the little support needed to the growing Adelaide Motorsport Festival (the perfect celebration of the Adelaide Grand Prix); the poor running of the Adelaide 500 by the South Australian Tourism Commission that allowed the government to justify its demise; and the unwillingness to back the bid for a Formula E event.

The discussion around the digging up of bitumen in Victoria Park, in the wake of the selling off of Adelaide 500 infrastructure, appears to be the natural next step in moving on from not only possible future events but also the remnants of past events.

Victoria Park, the south-east section of the parklands that surrounds the city of Adelaide, was once a rubbish tip that became a horse-racing track from 1846. When Adelaide bid for the grand prix, it emerged as the best option to house the event on the fringes of the city. They built no permanent structures for the grand prix, other than the bitumen that made up a section of the track and the pit facility.

Today, the bitumen, kerbs and the odd gravel trap remain within the heritage-listed horse-racing grandstands and surrounding trees. Cyclists, runners, roller-skaters and more use the bitumen. It hosts cycling criteriums, pedal prix events, running races and the like. In more recent times, they have used it as Adelaide’s biggest and most easily accessible COVID-19 drive-through testing station.

Ripping up the bitumen would prevent such events and use. While it’s a worthy cause to grow more trees and improve the area, there’s plenty of room to do so around it without tearing up the concrete that’s there and is still being used.

Perhaps one day, whether the bitumen remains alongside the horse-racing stands and the plaques that explain their significance, there can be some form of acknowledgment of the grand prix. After all, it was an event that attracted hundreds of thousands into the city and did more than anything else to internationalise Adelaide.

It played host to two of the most memorable Formula 1 championship deciders (1986 and 1994) and witnessed the final races for legends such as Niki Lauda and Alain Prost, the final wins for Ayrton Senna and Nigel Mansell, the first championship success for Michael Schumacher and so much more. Not that you’d know from visiting where it all happened.

Following the loss of the grand prix, primarily because of political and economic factors in the wake of the State Bank collapse rather than the popular narrative of being stolen by Melbourne, former state premier and grand prix instigator John Bannon wrote in a correspondence:

“An examination of why we lost the event must start with the negative culture of small-town Adelaide which has us either boasting unduly about our attributes or tearing down those things we can do well. It’s a classic inferiority complex which needs to be overcome.

“There is also a strange ambivalence that constantly lists ‘failed’ or committed development proposals as examples of opportunities missed, and yet sees organised, vocal (and sometimes justified) opposition to the same proposals constantly getting huge publicity and support from the same sources. Often a project in SA is only good if it’s not going to happen!”