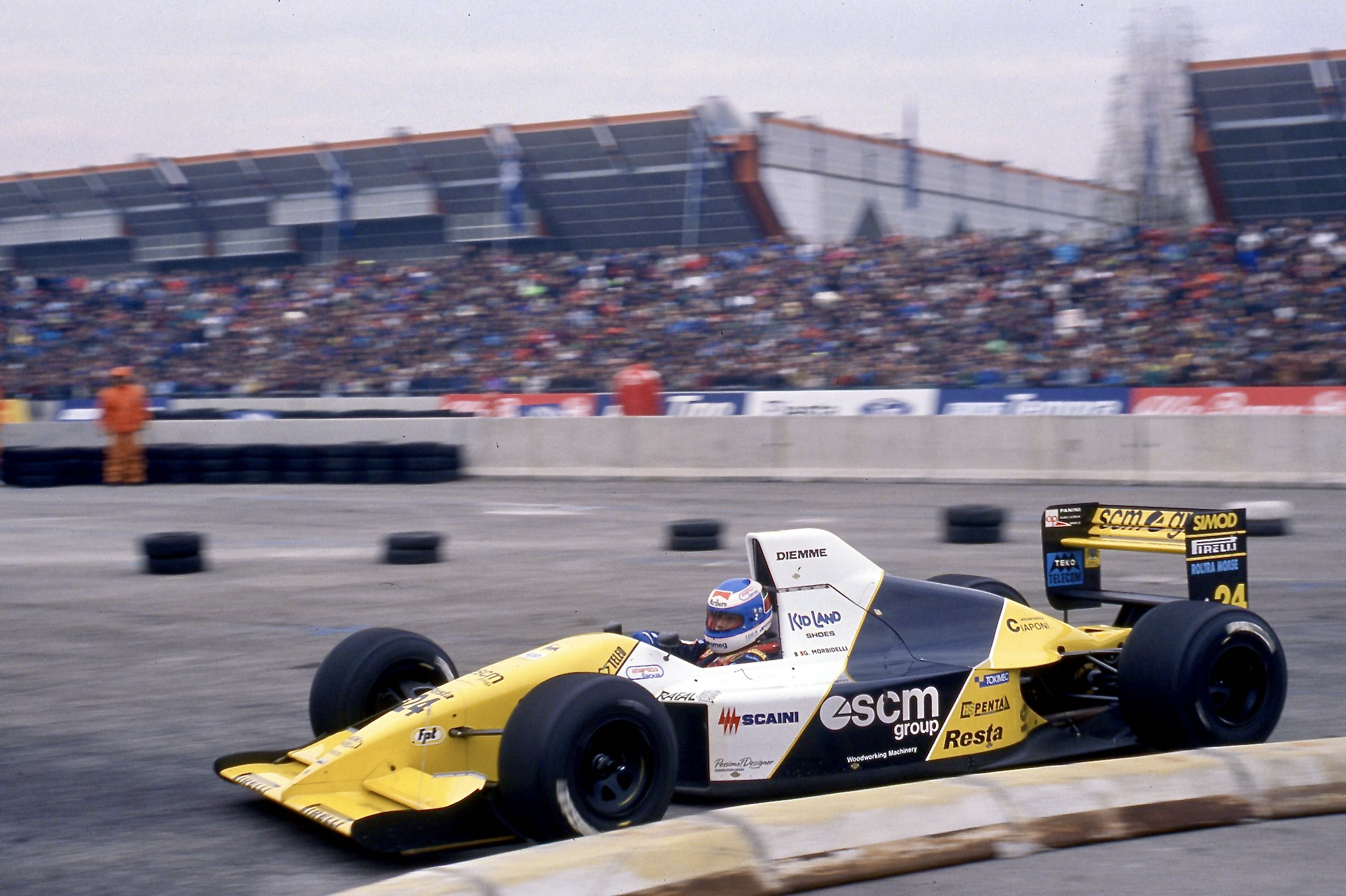 The Adelaide Grand Prix may have been the final round of the Formula 1 season, but it wasn’t always the last competitive grand prix action of the year.

Between 1988 and 1996, a number of Formula 1 entrants competed in a one-versus-one knockout format at the Bologna Motor Show in Italy in December.

The competition was called the ‘Trofeo Indoor Formula One’ (Formula One Indoor Trophy), despite being run outside of the grounds of the Bologna Motor Show. Drivers competed on the short track against one another, starting at opposite ends of the circuit with the driver who completed four laps first declared the winner.

Minardi’s Luis Pérez-Sala won the first two events in 1988 and 1989, defeating Alex Caffi and Pierluigi Martini in the finals. The Italian team continued its winning run with Gianni Morbidelli in 1990, getting the better of Olivier Grouillard.

Team Lotus became the first British-based entry in the event with Johnny Herbert in 1991, though they lost out to Fondmetal’s Gabriele Tarquini in the final. Herbert prevailed in 1992 with victory over BMS Scuderia Italia’s J.J. Lehto. Jordan entered the event in 1993 with Rubens Barrichello the winner over Martini.

After a hiatus in 1994, the event returned in 1995 with Minardi claiming another win with Luca Badoer overcoming Giancarlo Fisichella. Benetton took part in the event in 1996 with Fisichella going one better with victory over Giovanni Lavaggi.

The competition switched to Formula 3000 cars in 1997 and continued until 2007, meaning the 1996 event was the last non-championship competitive event for current Formula 1 cars.

In keeping with the unusual nature of the event, there were some eclectic entries over the years. The FIRST Racing outfit, an F3000 team planning to enter Formula 1 in 1989 season, entered its new car with Tarquini in 1988.

The 1995 event featured six entries from just two teams, with Minardi and Forti fielding its test drivers alongside its regular drivers.

Winners of the Indoor Trophy