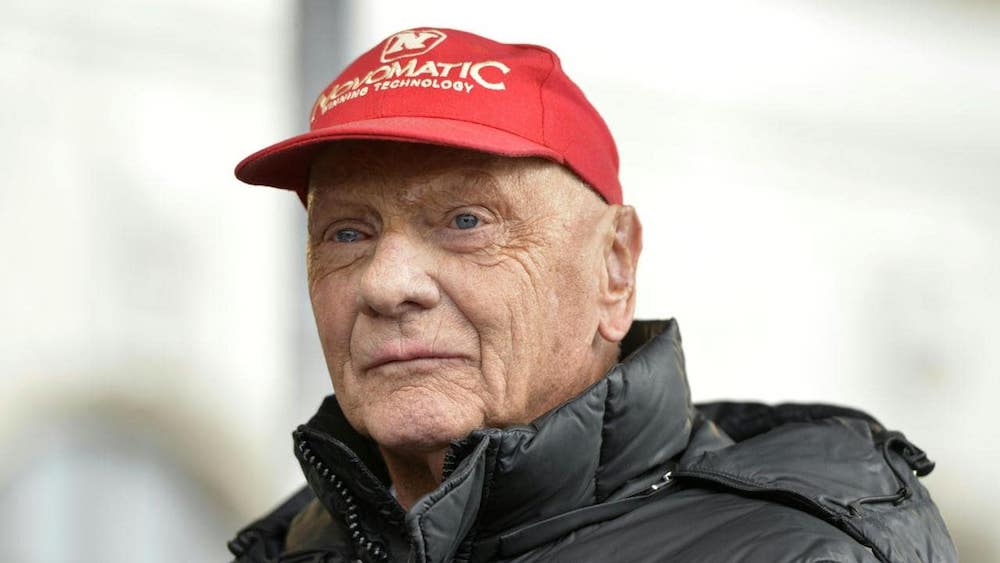 When Niki Lauda stepped out of his damaged McLaren MP4/2B TAG-Porsche at the end of Dequetteville Terrace to the cheers of the crowd in the concluding stages of the 1985 Adelaide Grand Prix, one of the most remarkable stories in Formula 1 history had come to an end.

The 1985 Adelaide Grand Prix, the first Formula 1 world championship event in Australia, was Lauda’s 171st and final grand prix start. It was his fourth and final season in his second stint in Formula 1, having left the sport for two and a half years only to return and win a third world championship in 1984.

Lauda’s motivation was low following his decision to retire once and for all at the end of 1985. McLaren teammate Alain Prost, who had lost the 1984 title to Lauda by just half a point, had well and truly turned the tables and cruised to the championship win with Lauda down in 10th place in the standings. Yet the cunning that made Lauda such a formidable opponent almost delivered a fairytale farewell in Adelaide.

As his rivals struggled with brake and tyre wear, Lauda made his way from 16th place on the grid to take an unlikely lead on lap 56, despite having his own brake troubles.

“I didn’t want to race; just did it because it said I had to in my contract,” reflected Lauda. “And there was a British Airways flight leaving to Europe halfway through the race, so I was praying my car would break early and I could catch the plane. But the car didn’t stop and I saw all the cars in front going so fast their tyres were breaking up. And suddenly I’m in the lead, so I think I may as well win it, and the hell with the plane.”

Lauda managed his worn brakes as best he could but come unstuck at the end of Dequetteville Terrace on lap 58, when the rear tyres locked at the braking point into the hairpin and sent him into the wall and retirement.

His ability to work his way into a winning position despite his waning motivation and grid position and the forthrightness in his reflection epitomised the characteristics that made Lauda so unique: a driver of incredible intelligence, talent and honesty.

Lauda was born in Vienna, Austria, in 1949, defying his family’s wishes and turning his back on their business ventures to take out significant loans to pay for a career in motorsport. He made his Formula 1 debut with March in 1971 and, after paying for a drive with BRM, impressed Scuderia Ferrari who signed him for 1974.

It took Lauda just four races to win in a Ferrari and he lifted them to second in the constructors’ championship, a significant improvement for a team that hadn’t won a title in a decade. That drought ended in 1975 with Lauda winning five races and sealing the drivers’ championship at the team’s home grand prix at Monza.

Lauda appeared on course for a second consecutive title in 1976 until a horrific accident at the German Grand Prix. He suffered severe burns to his head when his helmet slid off in the impact with the guardrail and significant damage to his lungs from inhaling hot toxic gases.

Despite the extensive burns to his head, including the loss of his right ear, eyebrows and eyelids and significant scarring, Lauda returned to the cockpit just six weeks later and took fourth place in the Italian Grand Prix in one of the most courageous performances in motorsport history.

He kept the championship fight alive against James Hunt to the final race of the season in Japan, though he pulled out after two laps declaring the torrential rain was unsafe to race in with Hunt winning the title. The events of the 1976 season were immortalised in the film ‘Rush’, made by Ron Howard in 2013.

Lauda fought back and won the title by a comfortable margin in 1977, though his relationship with Ferrari had soured and he left the team after wrapping up the title with two races to spare.

He moved to the Bernie Ecclestone-owned Brabham team from 1978, winning twice to take fourth place in the championship that season, though he abruptly walked out on the team and retired from Formula 1 in the tail end of an uncompetitive season in 1979.

After two years running his Lauda Air aviation company, Lauda returned to Formula 1 with McLaren in 1982. His experience helped guide the team back to winning ways after some bleak seasons, claiming victory in his third race back in Long Beach and going on to win at the team’s home race at Brands Hatch.

A switch from Ford Cosworth to TAG-Porsche engines in 1983 set the foundations for a dominant spell for McLaren in 1984, winning 12 of the 16 races with Lauda just edging new teammate Alain Prost to the title by half a point (half points being awarded at the rain-shortened Monaco Grand Prix). Prost may have won two more races than Lauda and was often the quicker driver, but Lauda’s cunning led to more consistent results and his third championship win.

While he couldn’t match Prost in 1985, there was one final race win for Lauda at the Dutch Grand Prix – a 25th and last win from an incredible career.

Lauda didn’t slow down in retirement. He continued working in aviation, running a total of three airlines (Lauda Air, Niki, and Laudamotion) over the course of his life. Sadly, though, tragedy struck in 1991 when a Lauda Air flight crashed in Thailand, killing 213 passengers and 10 crew members. Lauda took an active role in the investigation into the cause of the accident, including visiting the crash site and attending funerals of the victims.

He remained heavily involved in Formula 1, working as a director at Scuderia Ferrari in the 1990s, Jaguar Racing in the 2000s and, more recently, the dominant Mercedes-AMG Petronas Motorsport team. He also played a key role in the reformation of the Grand Prix Drivers’ Association (GPDA) following the deaths of countryman Roland Ratzenberger and Ayrton Senna and was a regular commentator for German television.

But ill health plagued Lauda’s life ever since the accident in 1976. He had repeated kidney transplants and was on kidney dialysis in recent weeks. A lung transplant in August 2018 required a prolonged stay in hospital and he struggled with the impact of the transplant and infections until passing away surrounded by his family on Monday May 20, 2019.

“His unique achievements as an athlete and entrepreneur are and will remain unforgettable, his tireless zest for action, his straightforwardness and his courage remain,” said his family in a statement.

“A role model and a benchmark for all of us, he was a loving and caring husband, father and grandfather away from the public, and he will be missed.”