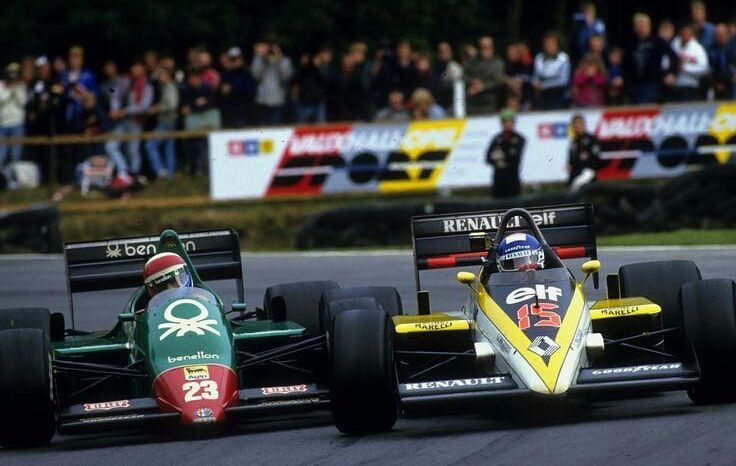 Factory-backed and fully branded Alfa Romeo and Renault teams will compete in Formula 1 for the first time in more than three decades in 2019.

Alfa Romeo takes over naming rights from Sauber with increased backing from parent company Fiat Chrysler Automobiles Italy, also owners of Scuderia Ferrari, while Renault made its latest return to Formula 1 in 2016.

The European brands seem well-placed in what’s considered to be Formula 1’s second-tier entering 2019, with Renault welcoming Australian Daniel Ricciardo and promising improvements in the engine department, while Alfa Romeo will have close technical ties to Scuderia Ferrari with the arrival of veteran Kimi Räikkönen.

It should be a big improvement on the last time Alfa Romeo and Renault did battle in Formula 1, at the 1985 Adelaide Grand Prix.

Renault had been in decline since the departure of home-grown hero Alain Prost entering the 1984 season. While Prost went on to win multiple world championships for McLaren, Renault was plagued by financial troubles that saw a number of key staff depart heading into the 1985 season. Despite two podiums from the opening three races of the season, the team declined throughout the year with drivers Patrick Tambay and Derek Warwick both retiring with transmission failures in Adelaide.

Renault withdrew its team at the end of 1985 and pulled out as a engine supplier at the end of 1986. The French manufacturer did return to Formula 1 as an engine supplier from 1989 and purchased the Benetton team to relaunch its factory team in 2002, winning multiple drivers’ and constructors’ championships. After not competing as a constructor between 2012 to 2015, the Renault name returned in 2016.

Alfa Romeo guided Giuseppe Farina and Juan Manuel Fangio to the first two Formula 1 world drivers’ championships in 1950 and 1951 respectively, but it would fail to have the long-lasting impact of Scuderia Ferrari.

Its second stint in Formula 1 began in 1979, two years after Renault had launched the turbo revolution. But Alfa Romeo didn’t match the results of its French rival, plagued by the unreliability of its engine package. The team scored five podiums over four years between 1981 to 1984, though the Benetton-backed team went pointless in 1985 and ended the season with engine failures for drivers Riccardo Patrese and Eddie Cheever in Adelaide. Riccardo Patrese described the Alfa Romeo 185T as “the worst car I ever drove”.

Alfa Romeo left Formula 1 at the end of 1985 with Benetton taking over from Toleman from 1986, a team which eventually became Renault. It wasn’t until 2017 that the Alfa Romeo name returned to Formula 1 with Sauber, stepping up its commitment with naming-rights branding in 2019.