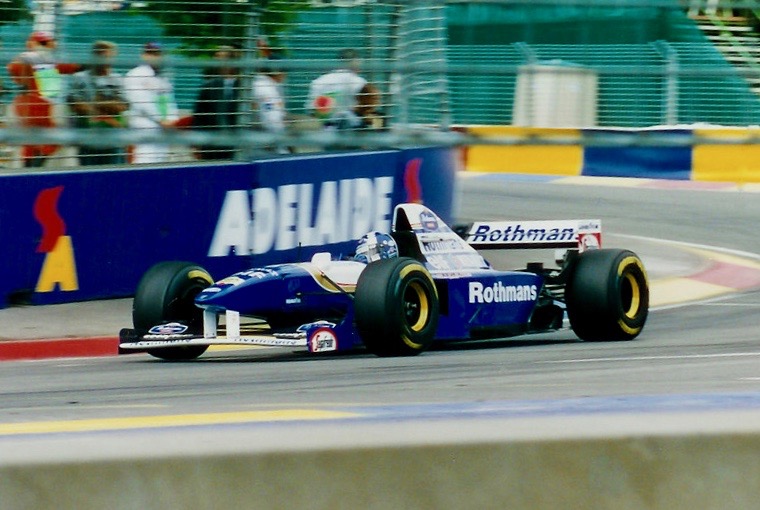 Scotsman David Coulthard suffered arguably the most embarrassing incident in the history of the Adelaide Grand Prix in 1995.

Coulthard qualified in second place behind teammate Damon Hill but got the jump off the start to take the lead. The Williams’ held a comfortable margin approaching the first round of pitstops with Coulthard and Hill swapping fastest laps. Hill pitted for new tyres and fuel first, though it was Coulthard’s trip into the pitlane on lap 20 that proved decisive.

As he entered the tight right-hand entry he locked up and smashed into the wall. The race leader was out on the spot in embarrassing circumstances.

“With my foot on the brake the engine still drove me forward and pushed me into the wall,” said Coulthard, who would hold on to third in the championship standings despite the accident. “I feel like a right idiot.”

Renault reported that the engine may have defaulted into idle mode, catching Coulthard by surprise. But the Scotsman wasn’t the first to be caught out by the entry to pitlane.

Pacific’s Andrea Montermini had spun at the final hairpin earlier in the race. Forti’s Roberto Moreno also spun coming into pitlane, unlike Coulthard going into the wall with the rear of his car but with the same result – retirement. Benetton’s Herbert also had trouble entering pitlane, missing the entry and forced to complete another lap.

Nevertheless, it was Coulthard’s incident that was the most talked up. It was a disappointing end to an error-strewn season for Coulthard, who had also spun on the warm-up lap while on pole position at the Italian Grand Prix.

The 1995 Adelaide Grand Prix was Coulthard’s final race for Williams, moving to McLaren from 1996.

CLICK HERE for more on the race attrition in Adelaide in 1995.